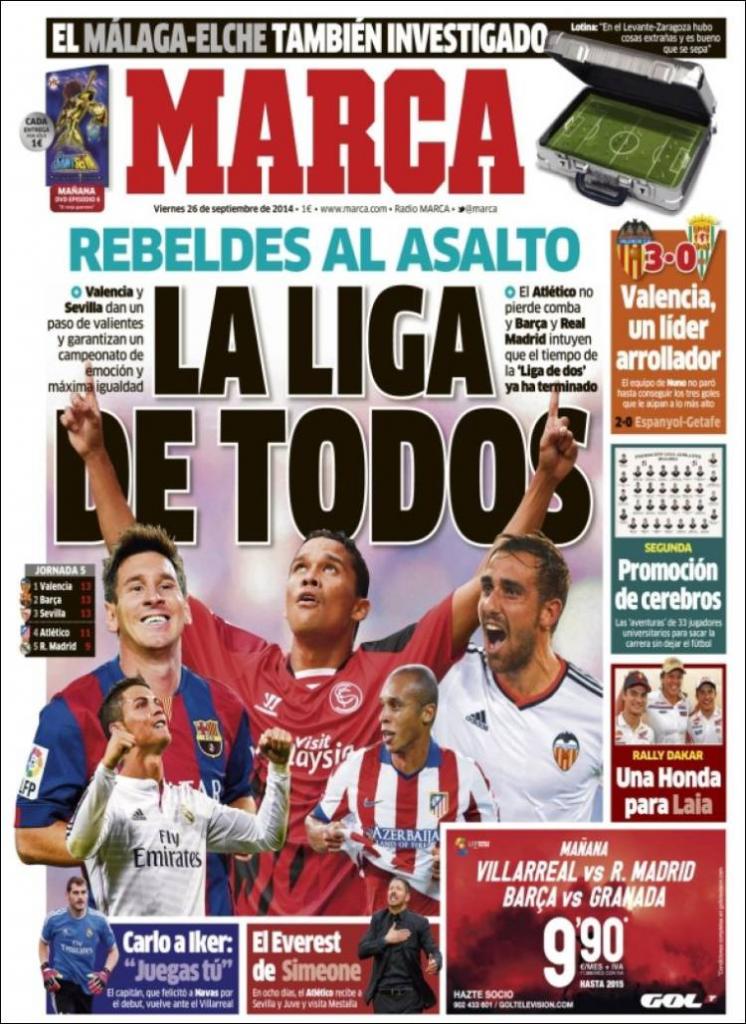 Rebels on the attack

Valencia, overwhelming leaders: Nuno’s team didn’t stop until they got the three points that took them to the top

Lotina: “Strange things happened in the Levante-Zaragoza game and it’s good we know about them”

Segunda: The brain promotion. The ‘adventure’ of 33 university players to forge a career without leaving football

The captain, who congratulated Navas on his debut, returns against Villarreal 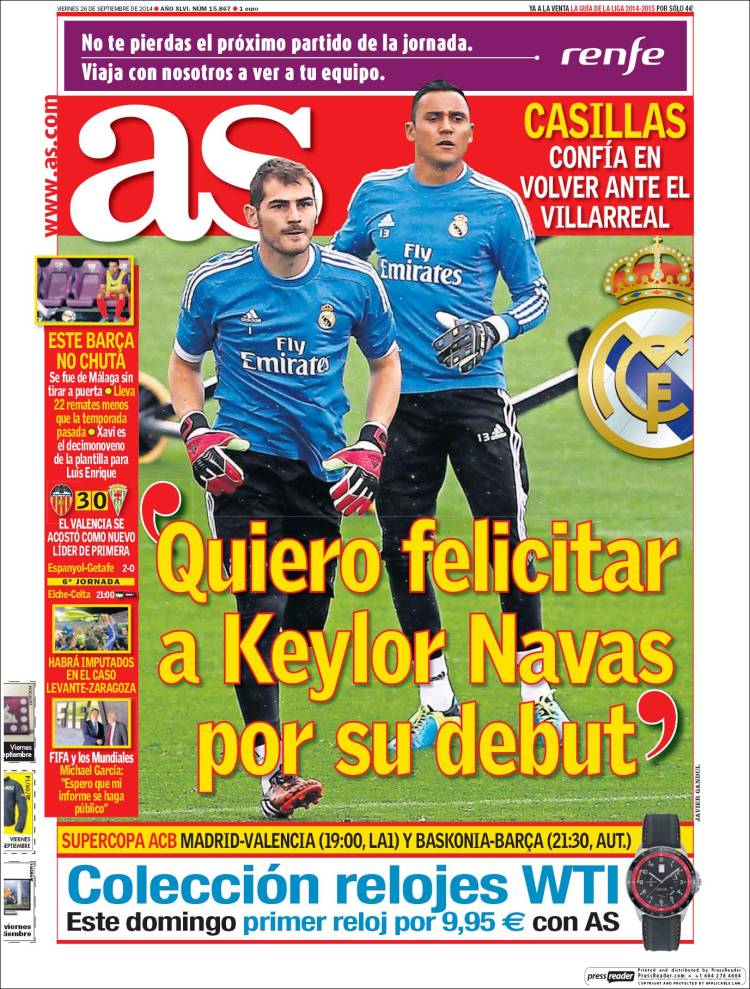 “I want to congratulate Keylor Navas on his debut”

Casillas confident he will return against Villarreal

This Barca doesn’t shoot. In Malaga they didn’t have a single shot on goal.

They have had 22 less attempts than last season

Xavi is 19th in the squad for Luis Enrique

There will be charges in the Levante-Zaragoza case

FIFA and the World Cups. Michael Garcia: “I hope my information is made public” 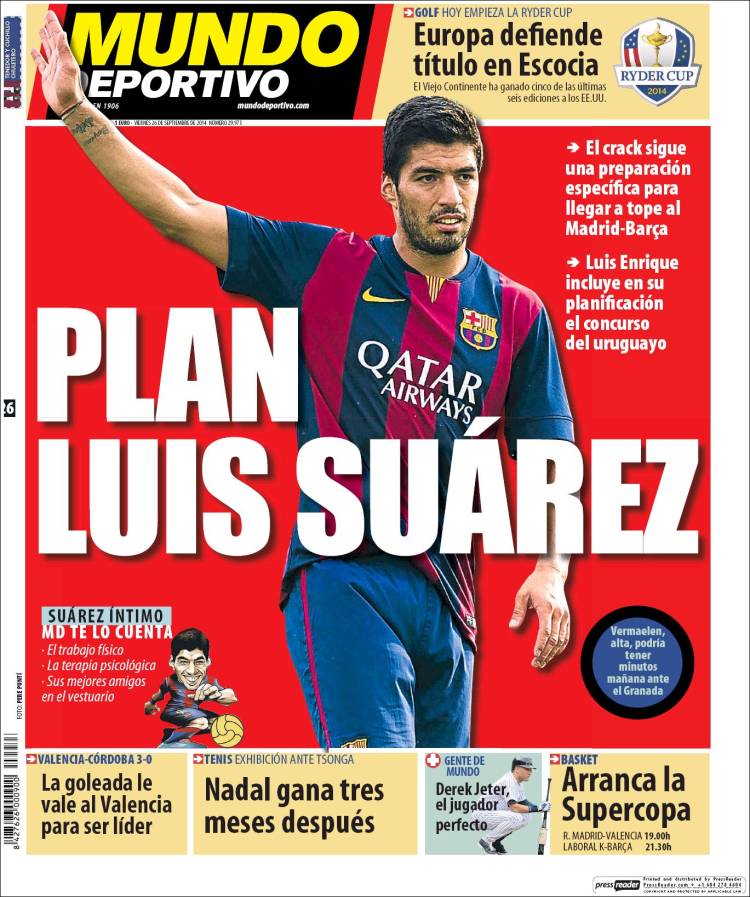 Luis Enrique includes the Uruguayan’s help in his planning

Vermaelen fit: he could get minutes against Granada tomorrow

His best friends in the dressing room