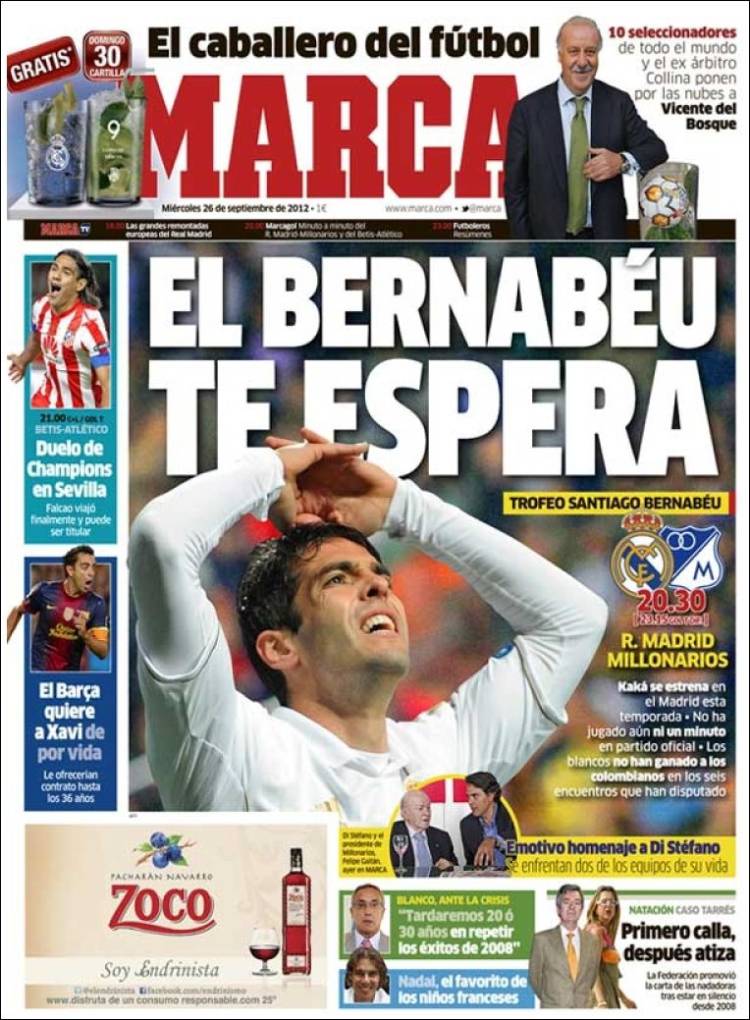 The Bernabeu awaits you.

Kaka makes his first Madrid appearance of the season: he has not played one minute in an official match

Los Blancos have never beaten the Colombians in six games

Emotional testimonial to Di Stefano: his two lifelong teams face each other

The gentleman of football

Champions League clash in Sevilla: Falcao eventually travels and will be able to play

Barca want Xavi for life: he will be offered a contract that takes him to 36 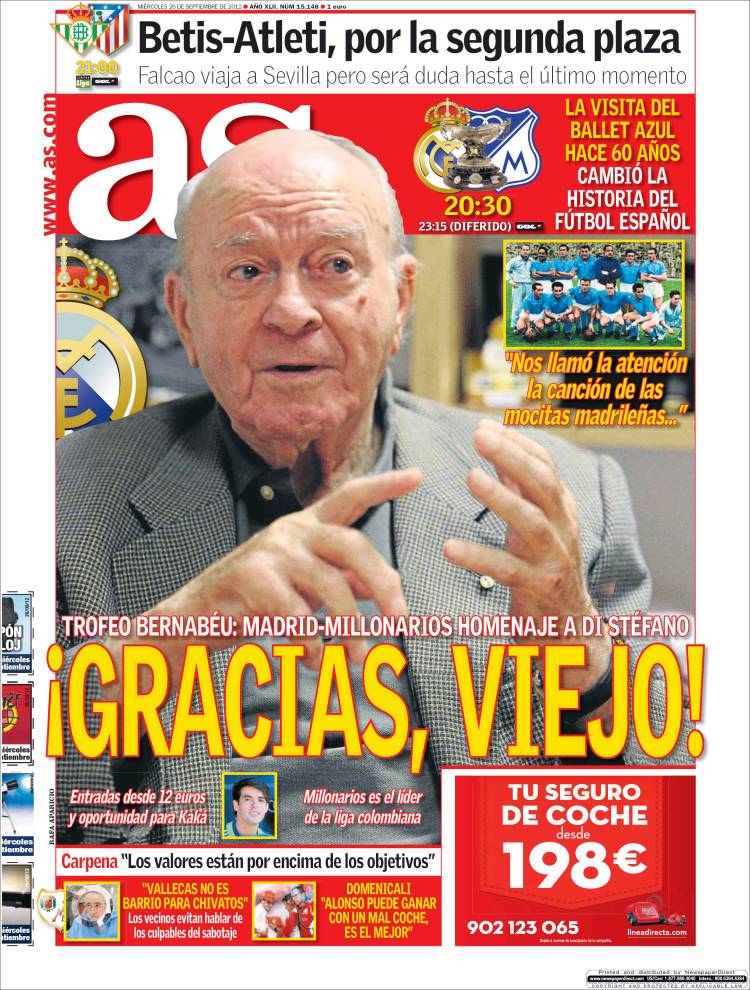 "It causes us to remember the song by the Madrid lasses..."

Tickets from €12 and an opportunity for Kaka

Betis-Atleti for second place: Falcao travels to Sevilla but is a last-minute doubt

"Vallecas is not an area for informers": the locals avoid talking about those responsible for the sabotage 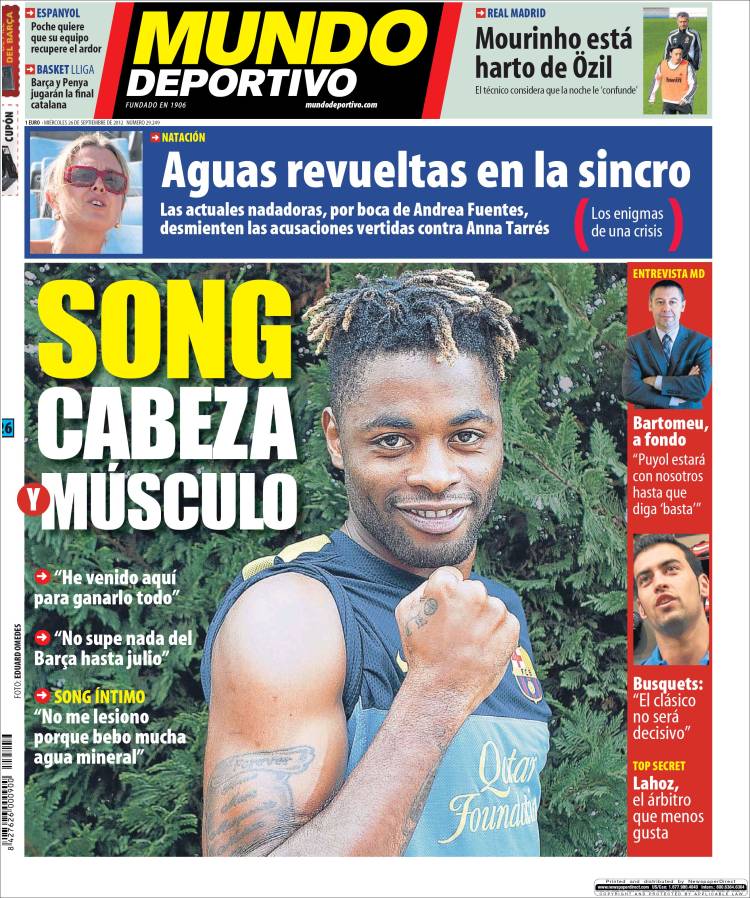 "I've come here to win everything"

"I didn't know anything of Barca until June"

Intimate Song: "I don't get injured because I drink a lot of mineral water"

Espanyol: Poche wants his team to get back its fervour

Mourinho is fed up with Ozil: the Coach believes nights 'confuse' him

Bartomeu to the point: "Puyol will be with us until he says 'enough' "

Busquets: El Clasico will not be decisive