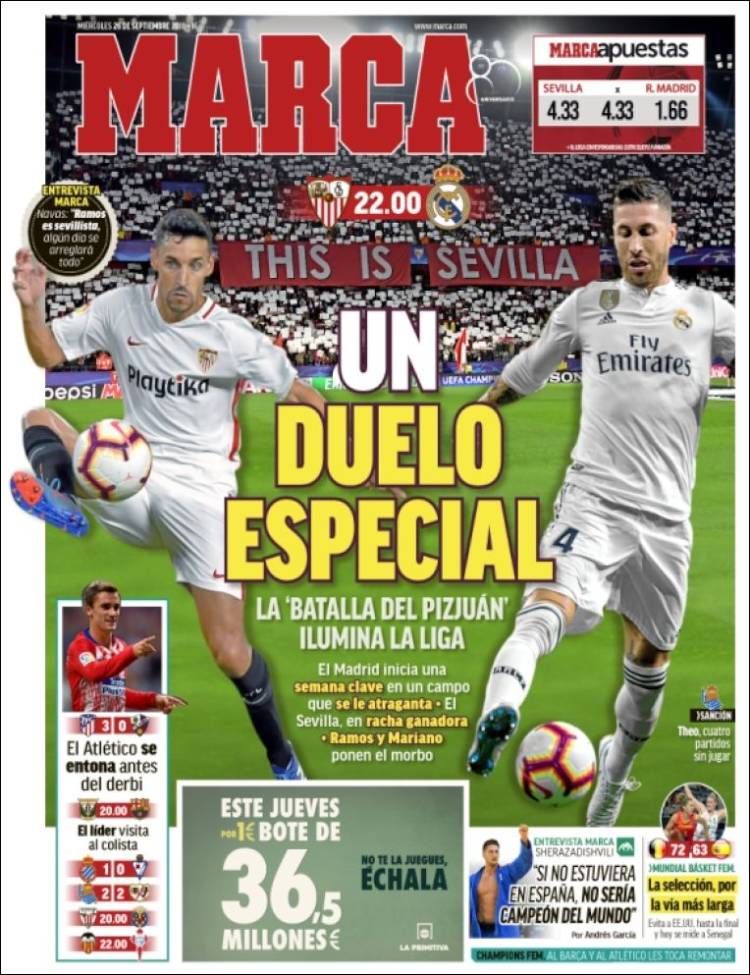 Navas: Ramos is Sevillista, some day everything will be arranged

The battle of the Pizjuan lights up the league

Start of a key week for Madrid

Atletico sing before the derby 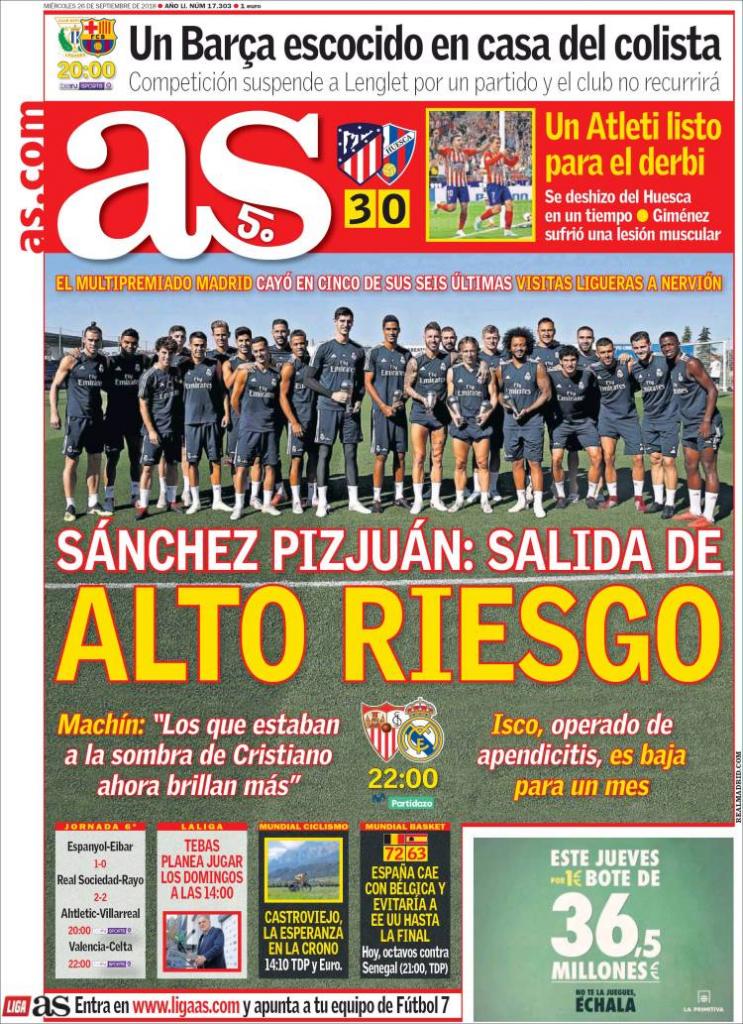 Madrid have lost five of last six visits to the stadium

Machin: Those who were in Cristiano's shadow now shine more

Isco, who has appendicitis, out for a month 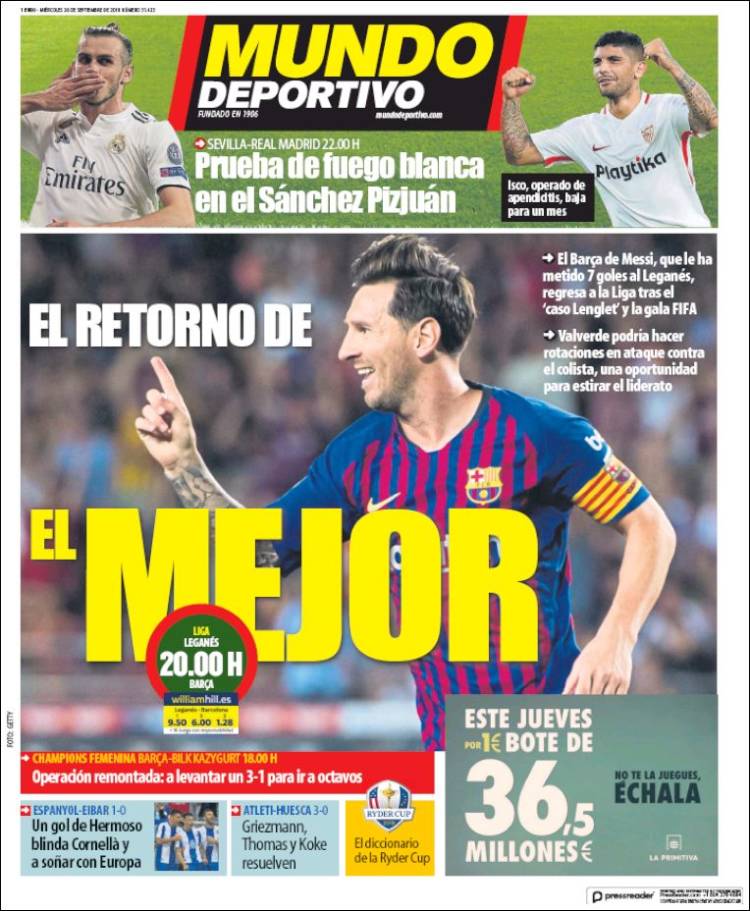 The return of the best

Messi has 7 goals against Leganes, returns after the 'Lenglet case' and FIFA gala, rotations expected in attack

A Madrid fire-test in the Sanchez Pizjuan