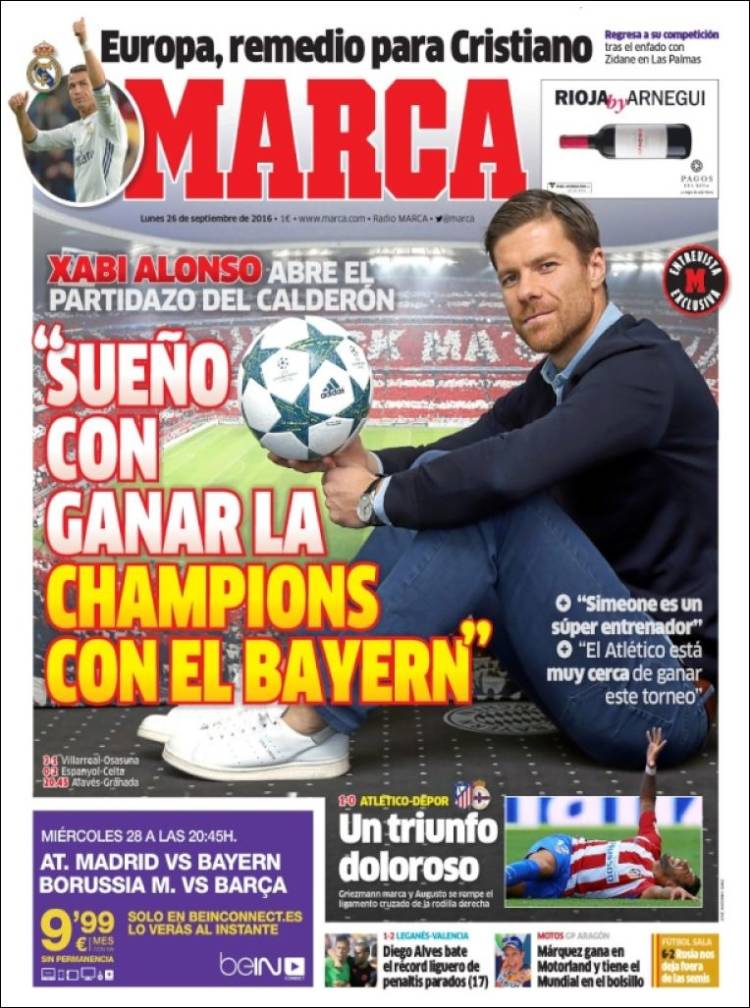 'I dream of winning the Champions League with Bayern'

Xabi Alonso opens up ahead of the game at the Calderon - 'Simeone is a super manager', 'Atletico is very close to winning this tournament' 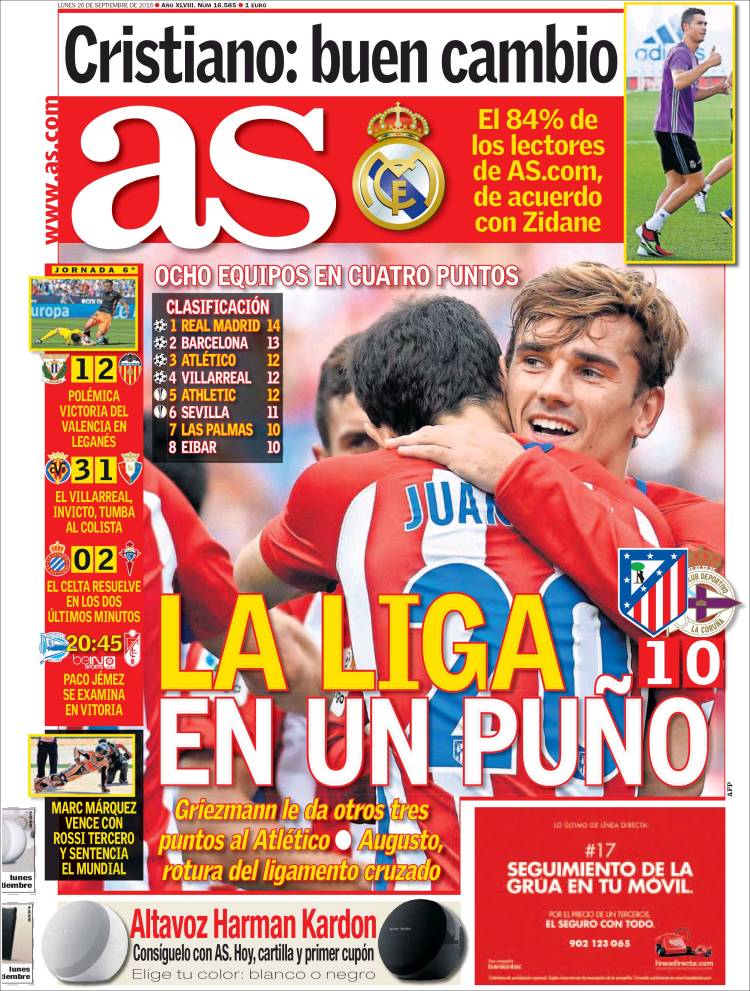 La Liga at one point

Cristiano's substitution was good - 84% of those polled at AS agreed

A controversial victory for Valencia in Leganes, Villarreal remain undefeated after win against basement side, Celta secure win in last two minutes, Paco Jemez analyses for a win 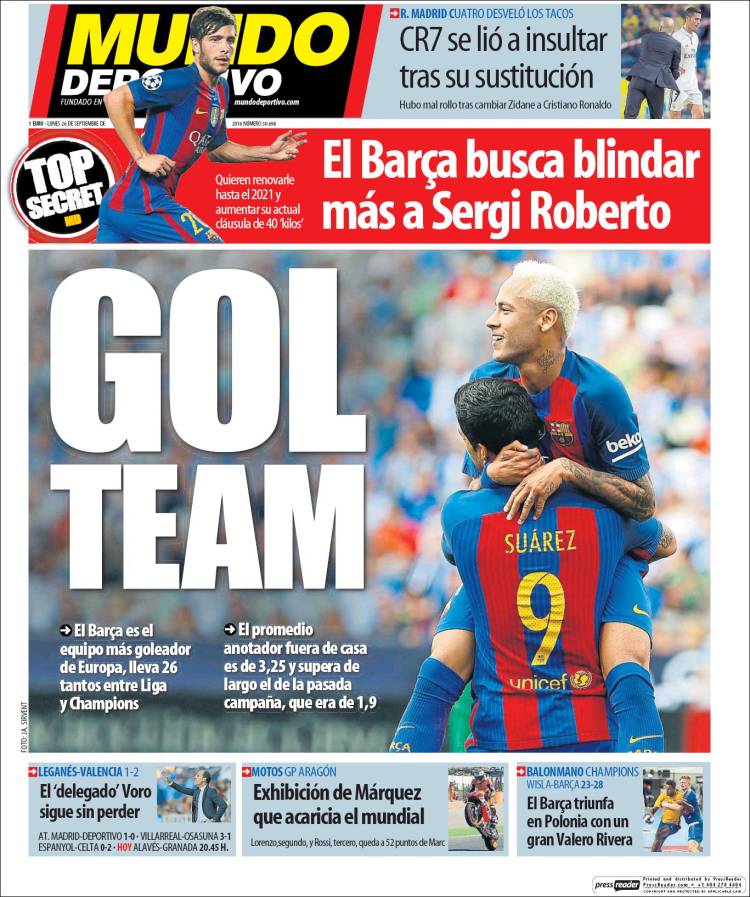 Barca the team with the most goals in Europe - 26 across both the League and Champions League so far, the scoring average away from home surpasses that of the last champions