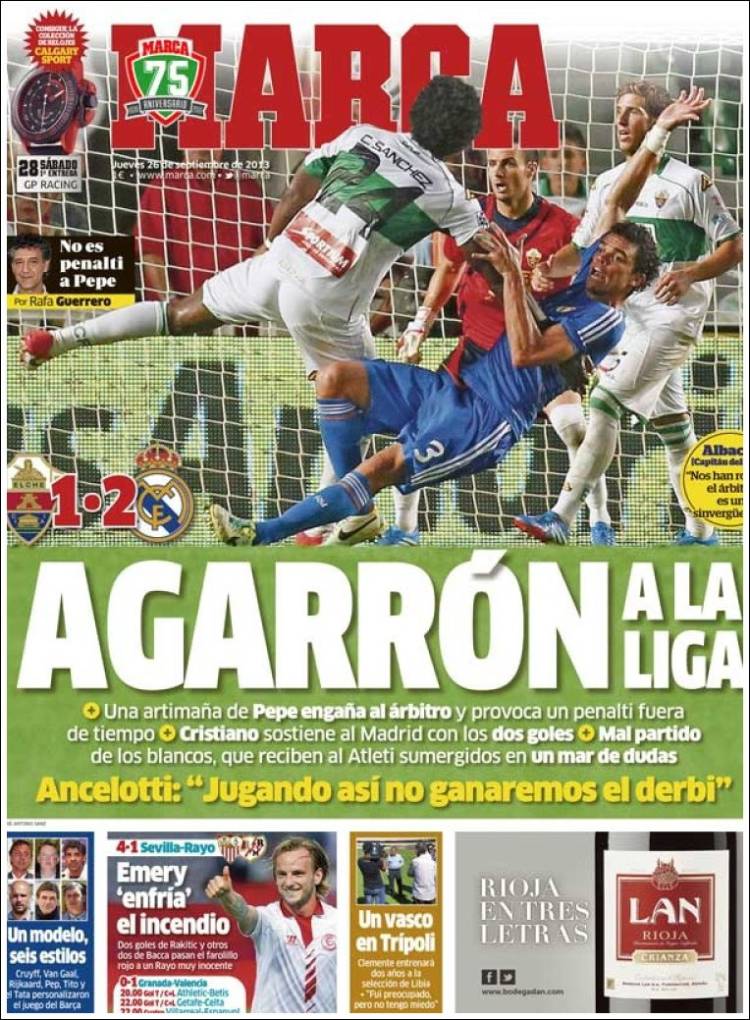 Pepe tricks the referee and gets a penalty after injury time

Ancelotti: "Playing like this will not win us the derby"

It was not a penalty, according to Rafa Guerrero

A model of six styles

Cruyff, Van Gaal, Rijkaard, Pep, Tito and Tata have all add their personal touch to Barca

A Basque in Tripoli: Clemente to train Libya for two years 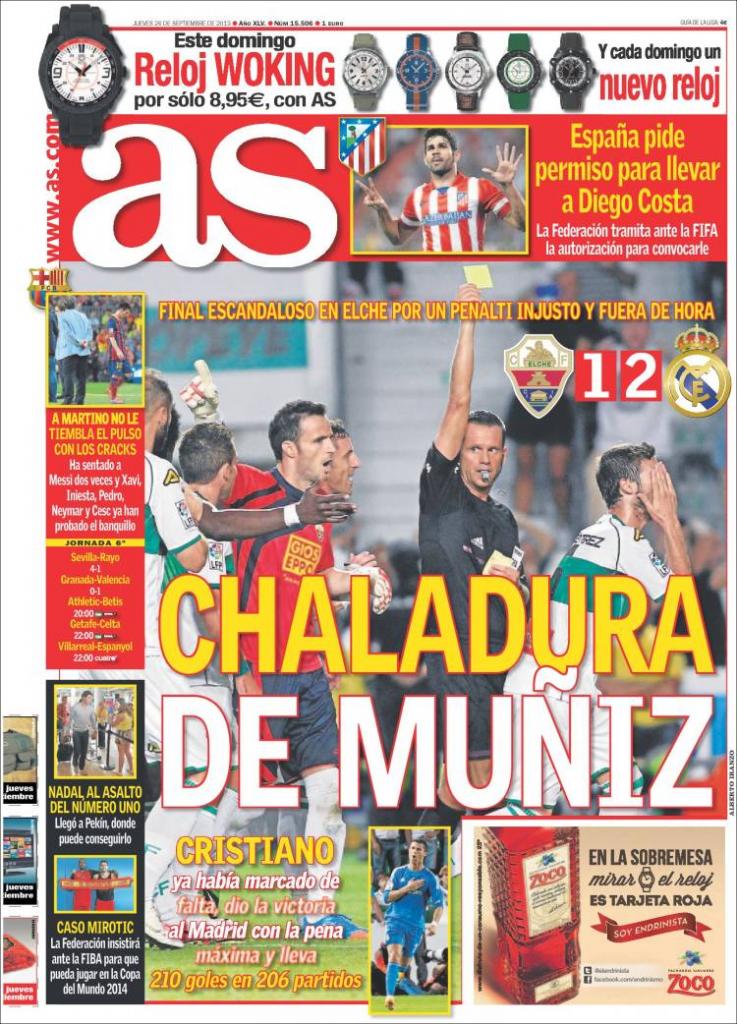 The madness of Muniz

Spain ask FIFA for permission to call up Diego Costa

Martino does not fear his stars

He has already taken Messi off twice and Xavi, Pedro, Iniesta, Neymar and Cesc have all spent time on the bench

Nadal storming back to number one

The case of Mirotic 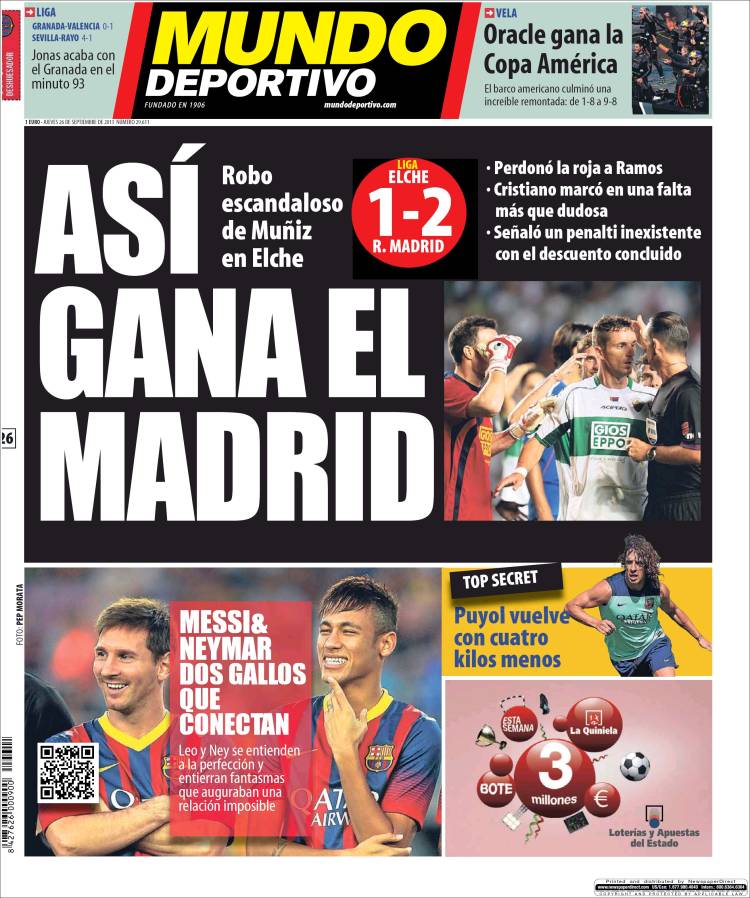 This is how Madrid win

He did not give Ramos a red card

Cristiano scored from a dubious free-kick

He awarded an non-existent penalty after injury time had finished

The Americans complete an incredible comeback

Jonas wins it for Valencia in the 93rd minute