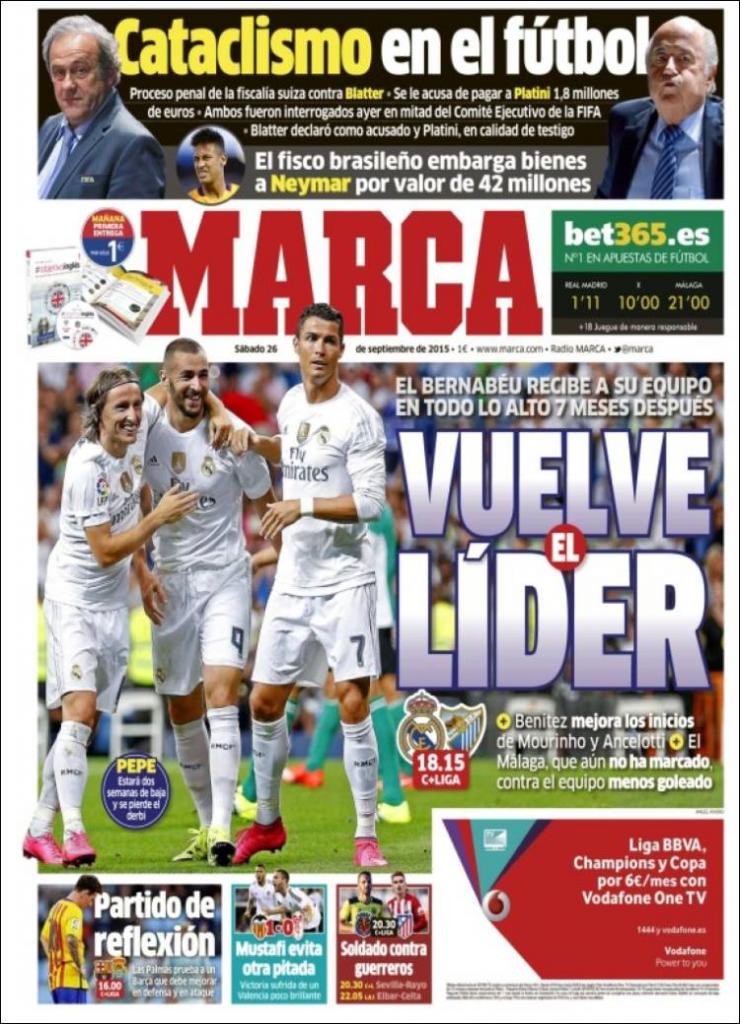 Benitez off to a better start than Mourinho and Ancelotti

Malaga, who have yet to score, come up against the team who have conceded the least

Pepe, will be out for two weeks and miss the derby

He is accused of paying Platini €1.8m

Blatter declares himself as a defendant, Platini a witness

Las Palmas to test Barca should improve in defense and attack 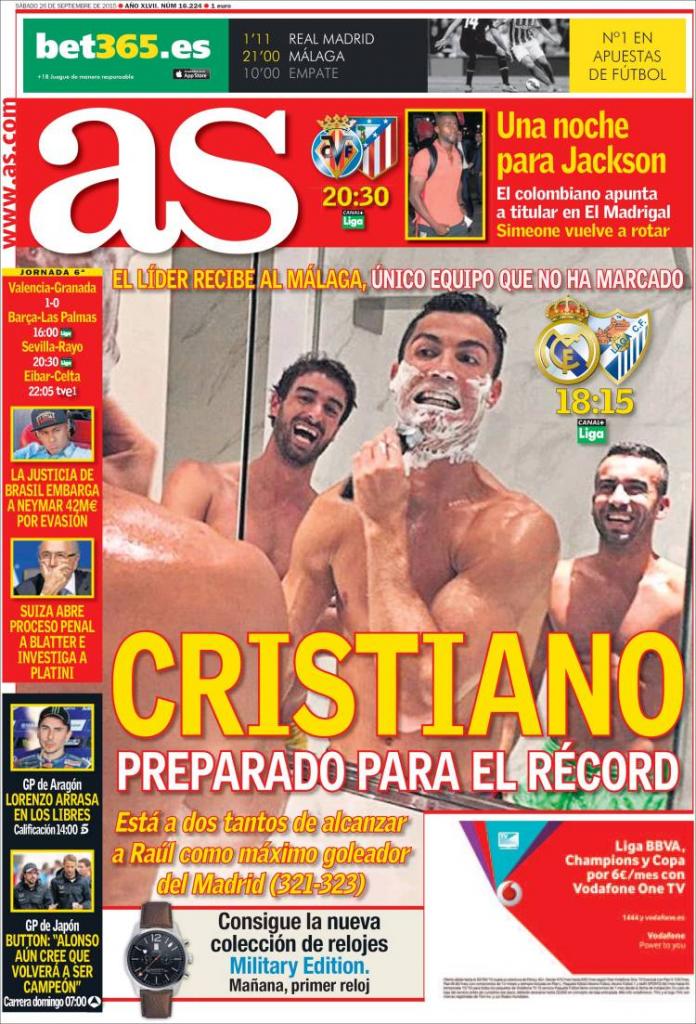 Ronaldo prepared for the record

The leaders host Malaga, the only team who have yet to score

The Colombian will lead the line for Atleti at El Madrigal 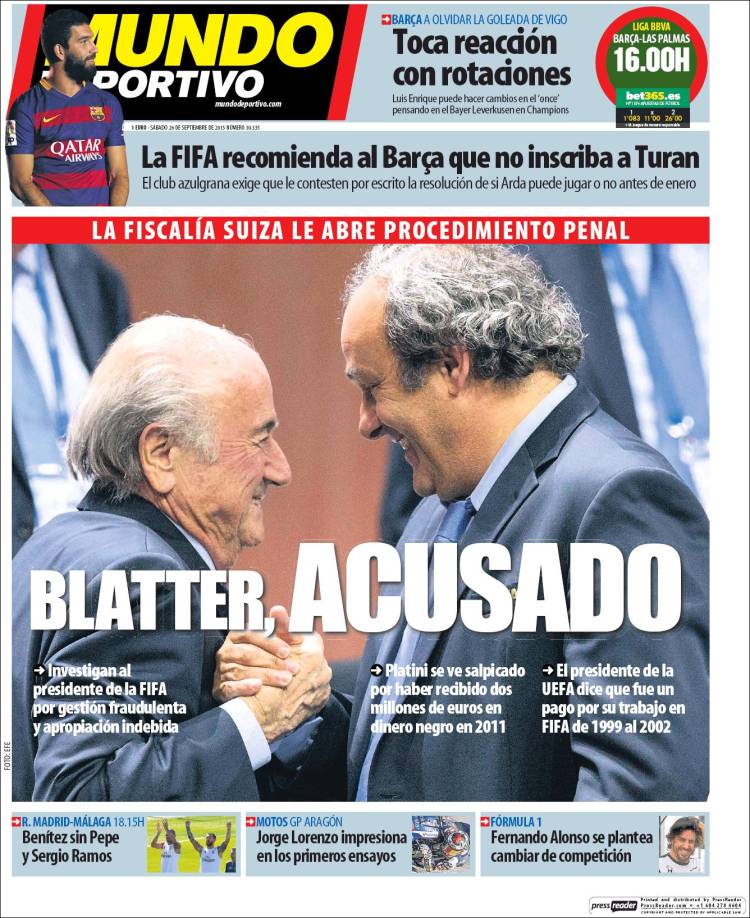 The FIFA President is investigated for fraudulent management and embezzlement

Barca demands, in writing, a final decision on whether Arda can or can’t play before January

Benitez without Pepe and Sergio Ramos