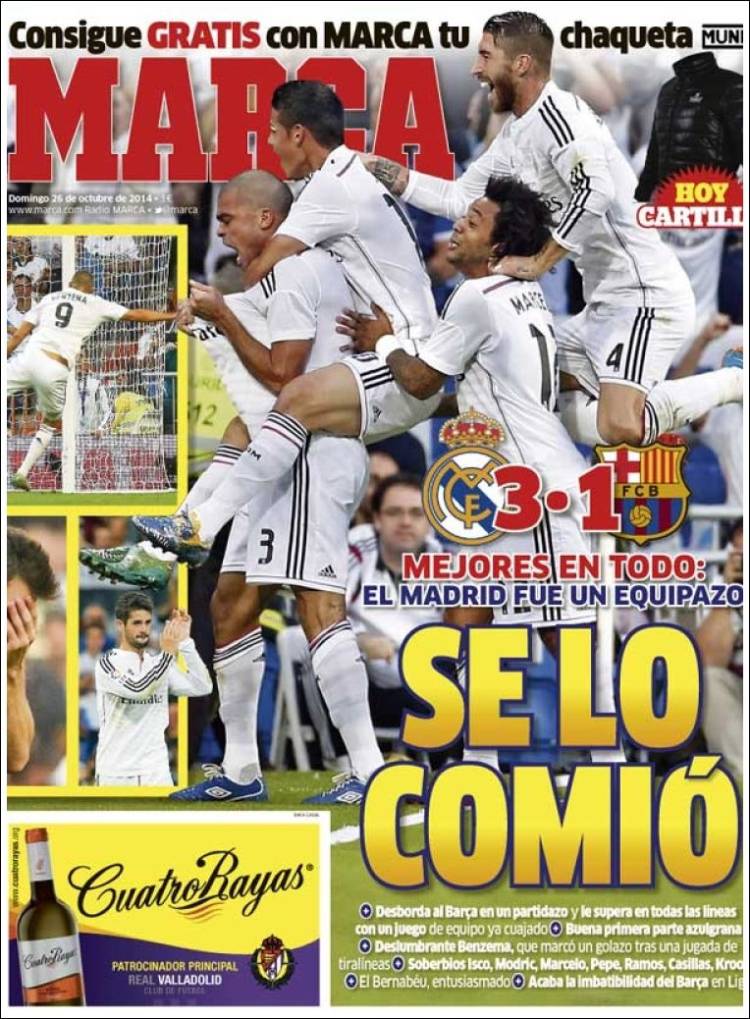 Better at everything: Madrid were a wonder team

Too much for Barca in a great game and they overcame them in every department, with team play that came off

A good first half from the Azulgrana 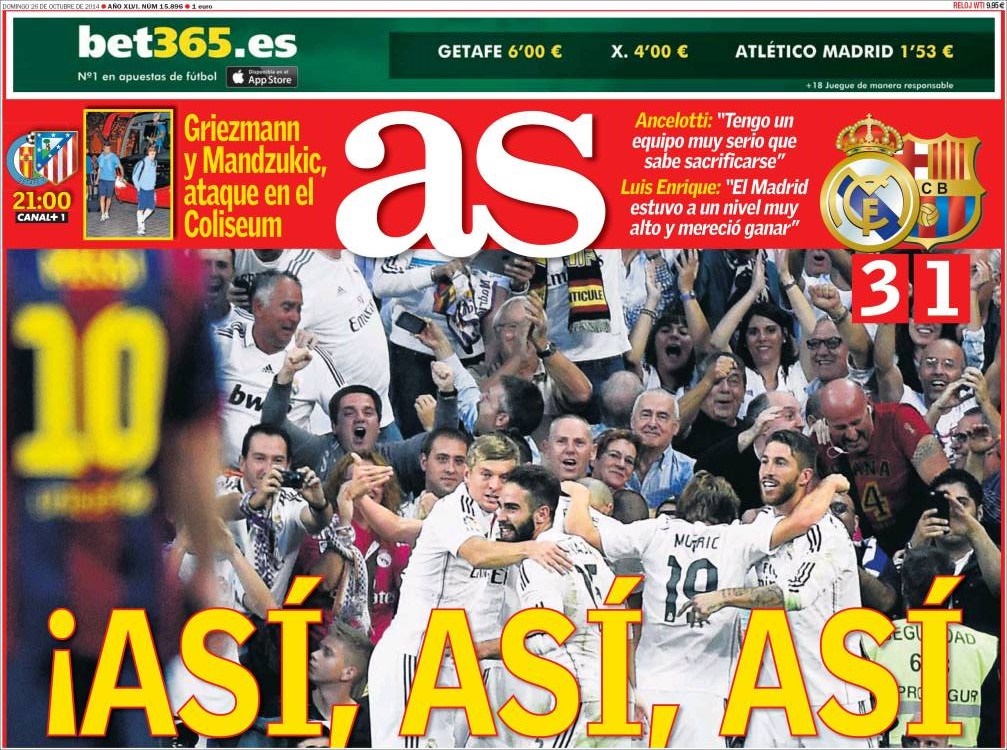 Ancelotti: “I have a very serious team that knows how to make sacrifices”

Luis Enrique: “Madrid were at a very high level and deserved to win”

Griezmann and Mandzukic, the forward line at the Coliseum 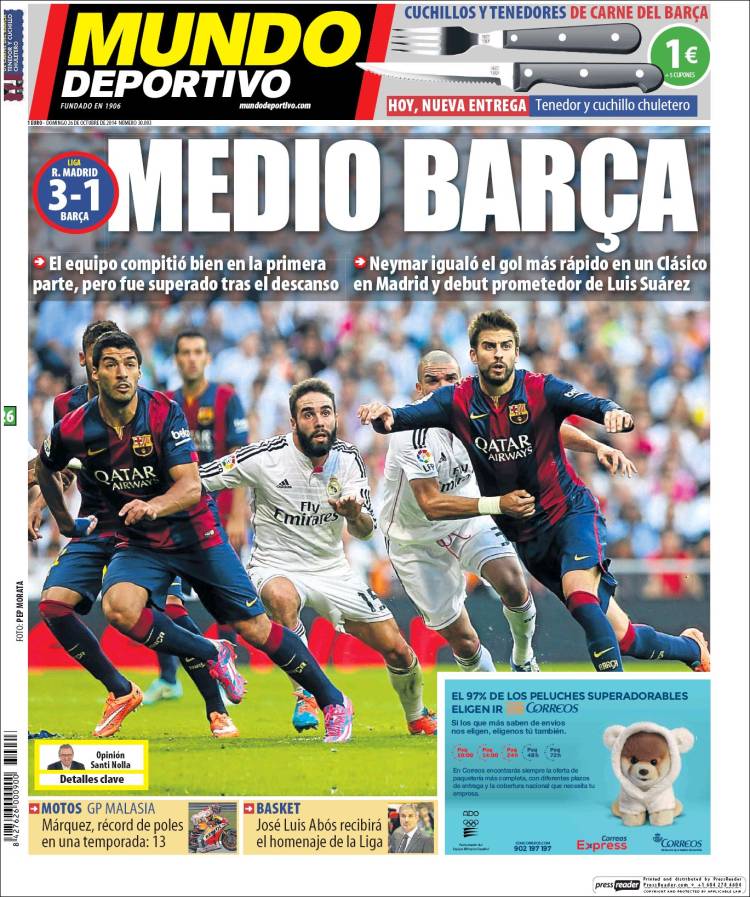 The team competed well in the first half, but were overcome after the break

Neymar equalled the fastest goal ever in a Clasico in Madrid, and a promising debut from Luis Suarez