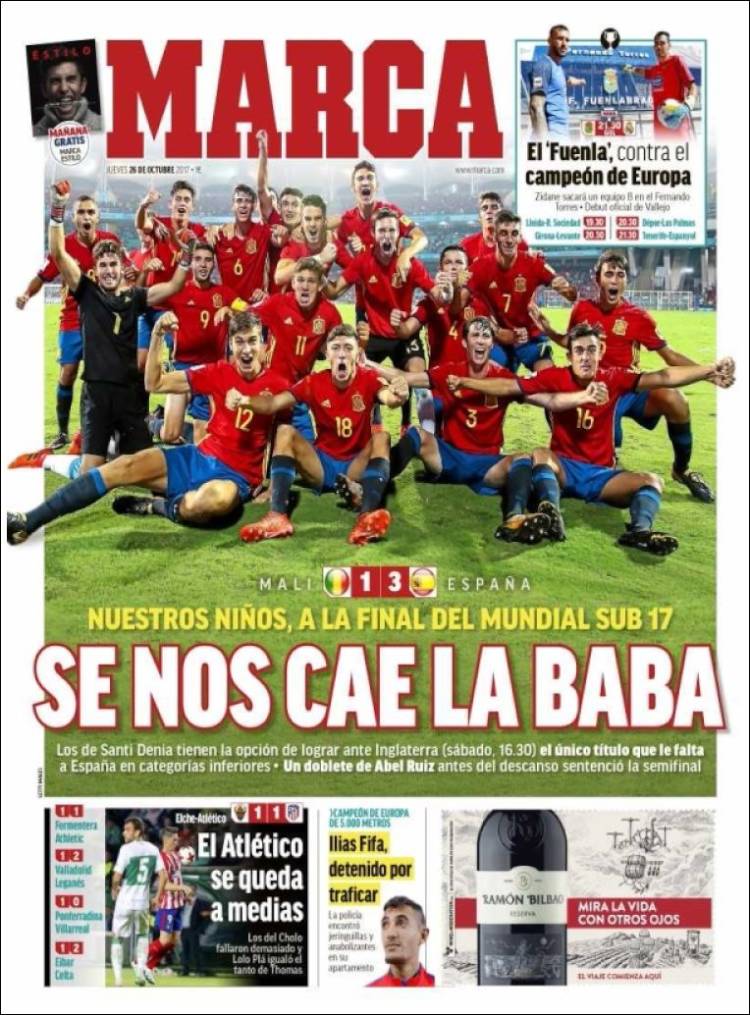 Our kids, in the Under-17 final

Fuenla, against the European champions

Atleti stay held at half time 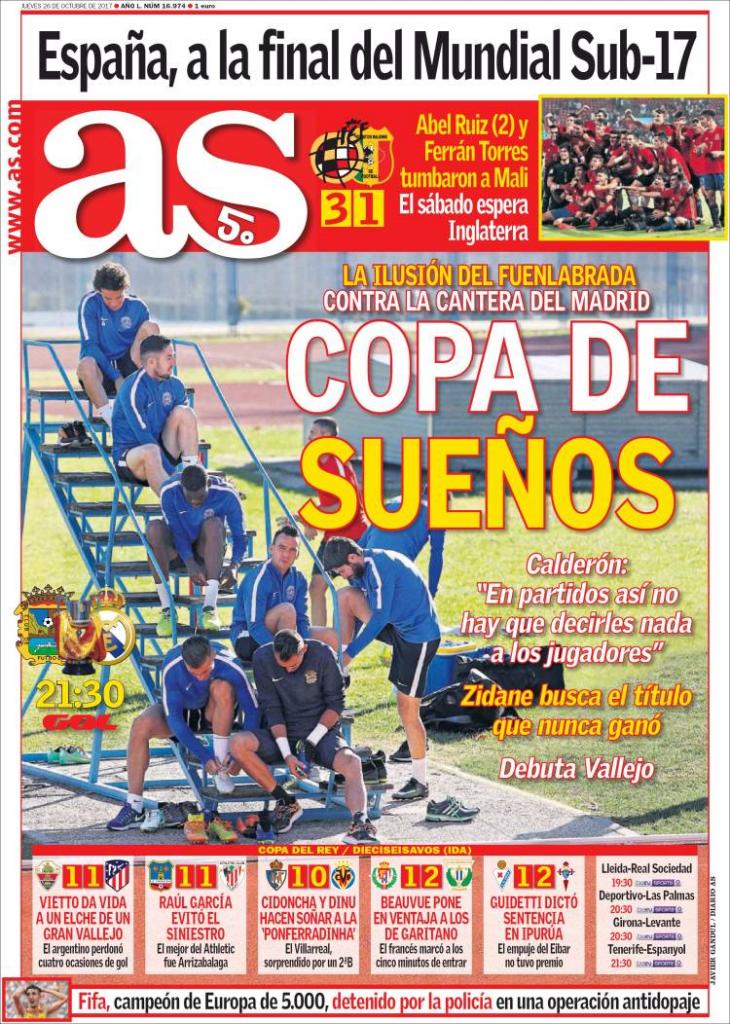 Fuenla's dreams ahead of Madrid game

Calderon: In games like this you don't have to say anything to the players

Zidane looks for a title he has never won, to debut Vallejo 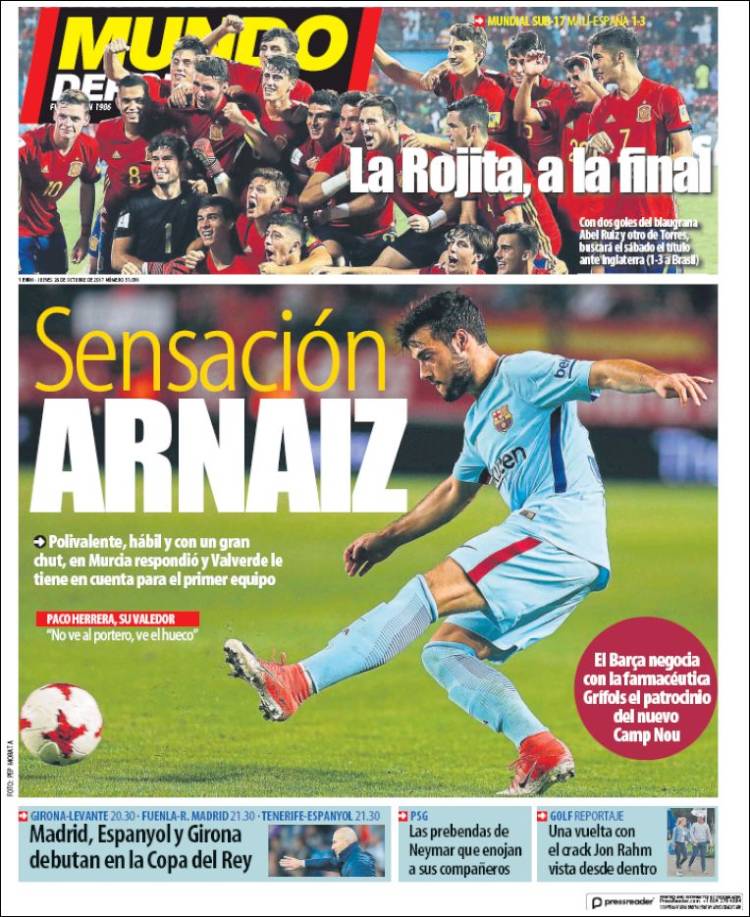 Skilled and with a great shot, performed in Murcia and Valverde can count on him for first team

Barca negotiates with a phramaceutical for sponsorship of the Camp Nou

The prejudices of Neymar that anger his teammates