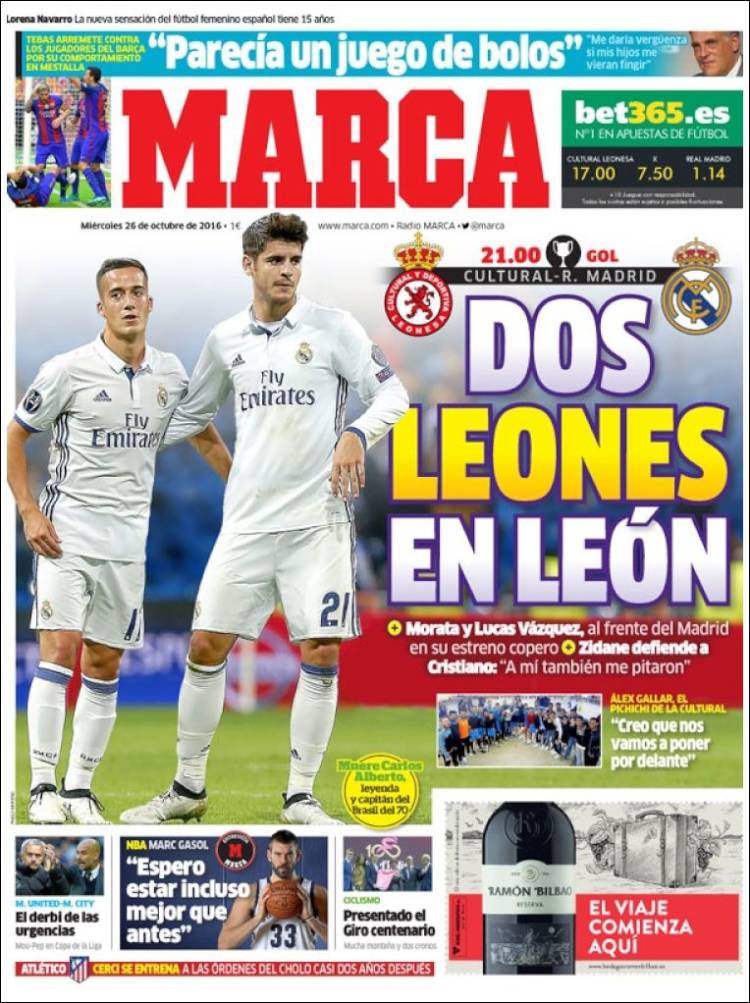 Zizou defends Ronaldo: I too was booed

Alex Gallar, Cultural's highest scorer: 'I think that we will go ahead'

Tebas: It looked like a game of skittles - he lashes out at behaviour of Barca players - 'I'd be embarrassed for my children to see the acting'

Manchester derby - the battle of emergencies 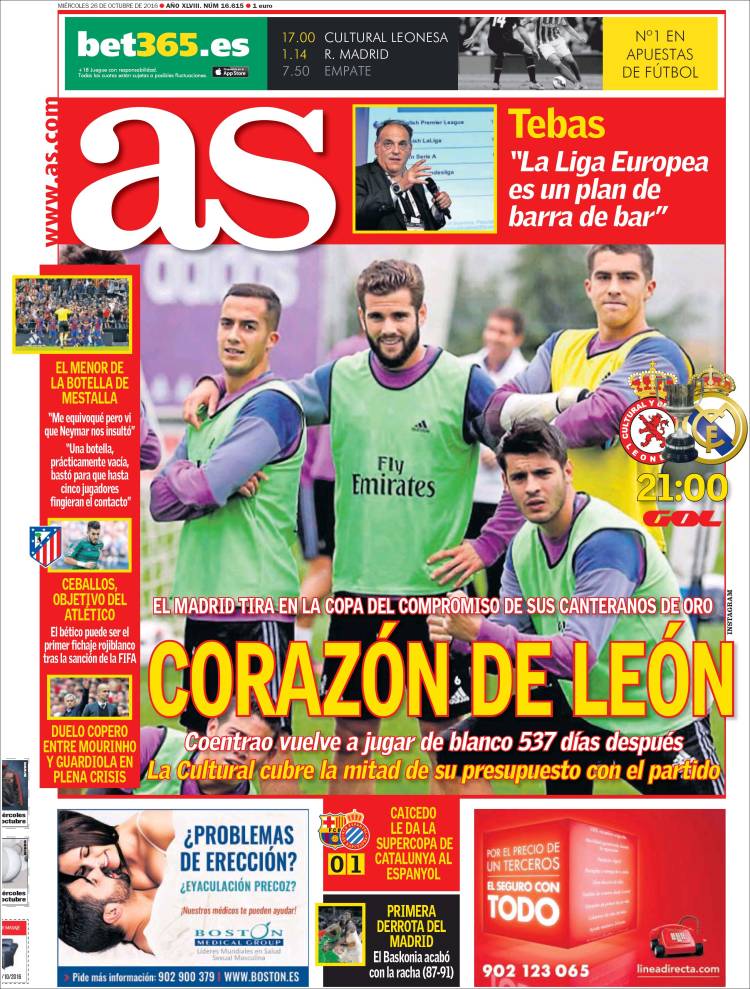 Madrid fulfils it commitment to play academy players in the Copa

Tebas: La Liga Europa is to stop the counter plan

A crisis battle between Mou and Pep 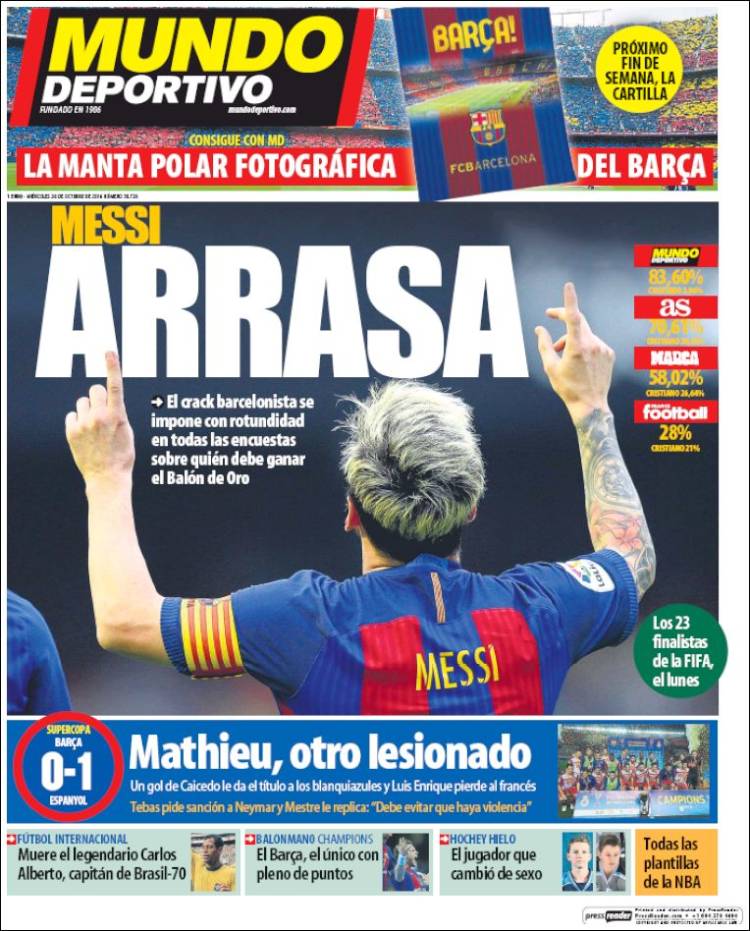 He wins on all the polls asking who should be Balon d'Or - Mundo Deportivo, AS, Marca, France Football

Tebas on Neymar: He must have invited violence