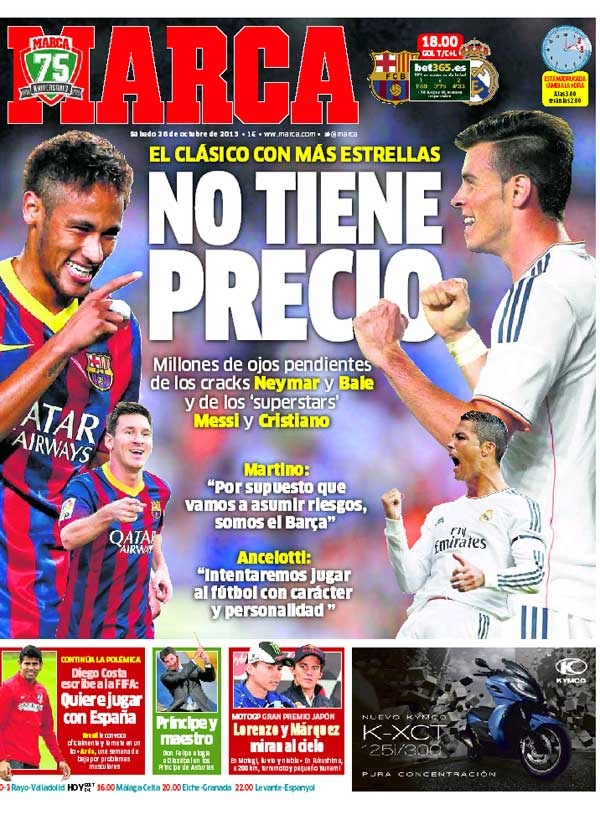 El Clasico with so many stars
Priceless
Millions of eyes are waiting to see stars Neymar and Bale, and superstars Messi and Cristiano
Martino: "Of course we will go and take risks, we are Barca"
Ancelotti: "We will try and play football with character and personality"
The saga continues: Diego Costa writes to FIFA
"I want to play for Spain"

Moto GP Lorenzo and Marquez look to the sky 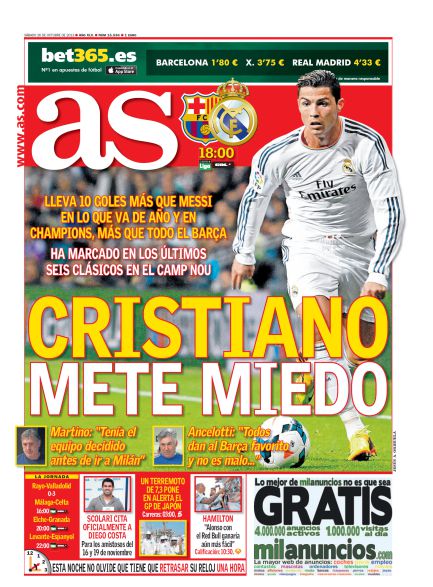 Cristiano strikes fear
He has scored 10 goals more than Messi this year and more than all of Barcelona in the Champions League
He has also scored in the last 6 Clasicos at the Camp Nou
Martino: "I had decided my team before we went to Milan"
Ancelotti: "Barca is everyone's favourite, that is not a bad thing.."
Scolari plans to call up Diego Costa for friendly matches on November 16 and 19
An earthquake measuring 7.3 on the Richter scale puts on the alerts ahead of the GP in Japan
Hamilton: "Alonso would win with more ease at Red Bull" 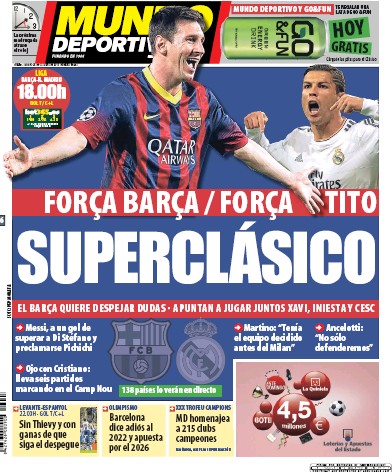 Forca Barca, Forca Tito
Superclasico
Barca want to expel their doubts
Xavi, Iniesta and Cesc to all play
Messi, a goal away from overcoming Di Stefano's record
Eyes on Cristiano: he has scored in the last six games at the Camp Nou
Martino: "I had decided my team before we went to Milan"
Ancelotti: "We will not only defend"
138 countries to watch the Clasico live