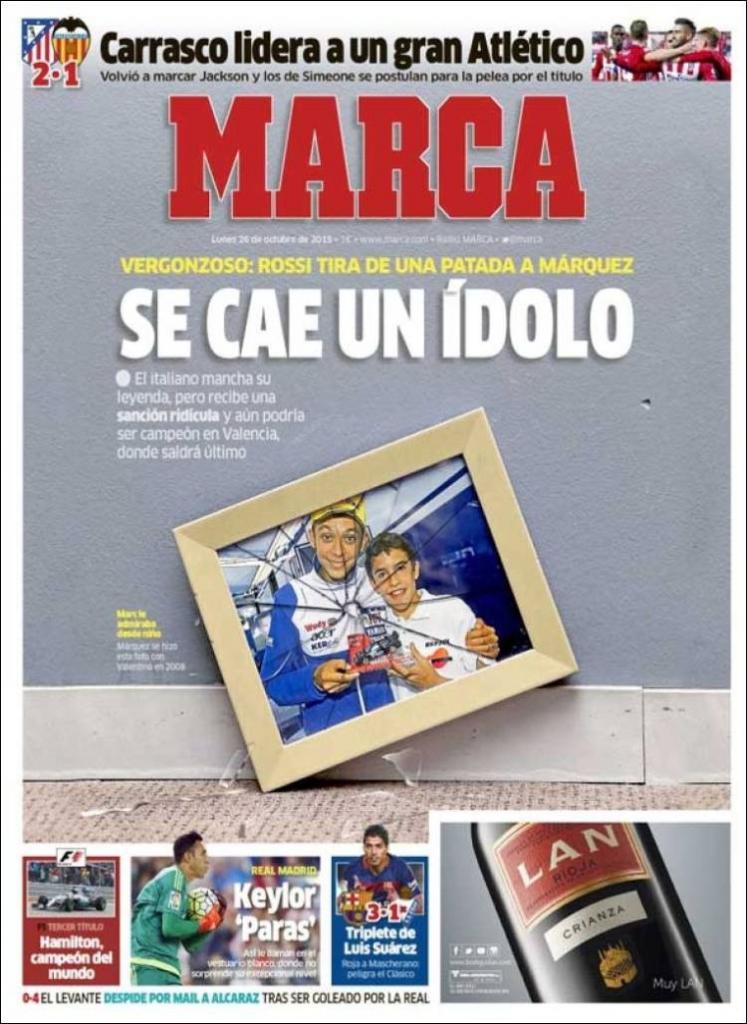 He drops his idol

Embarrassing: Rossi takes out Marquez by kicking him

The Italian blemishes his copybook but receives a ridiculous punishment and could even be crowned champion in Valencia, where he will start in last position 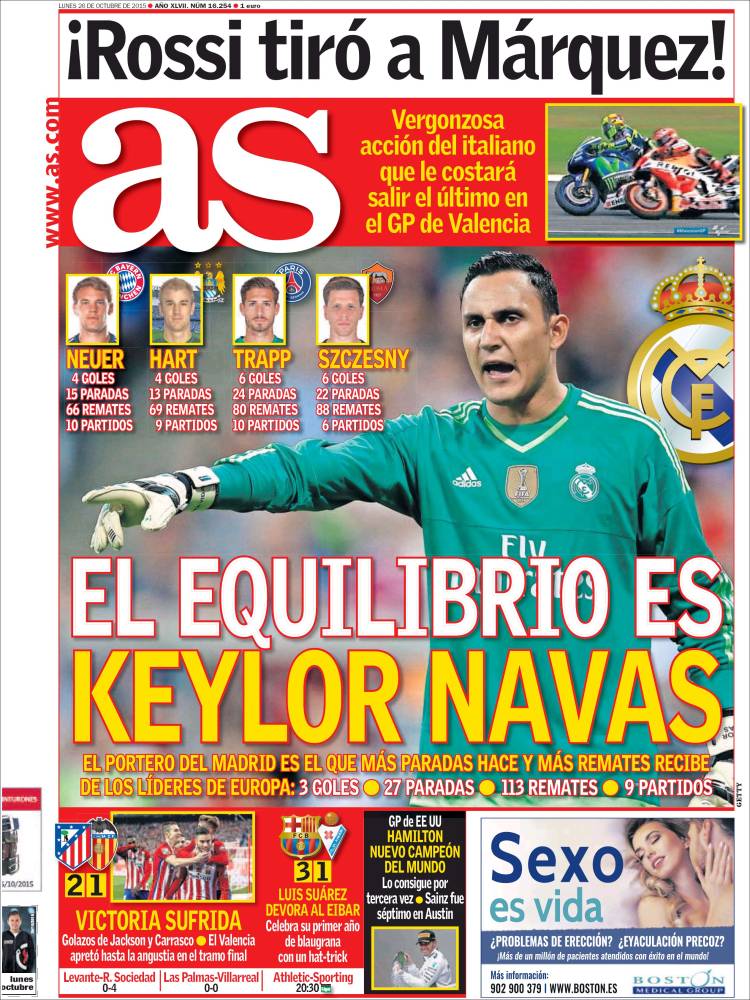 The equilibrium is Keylor Navas

Great goals from Jackson and Carrasco

Valencia were pegged back until the final stretch

Celebrates his first year at Barca with a hat-trick 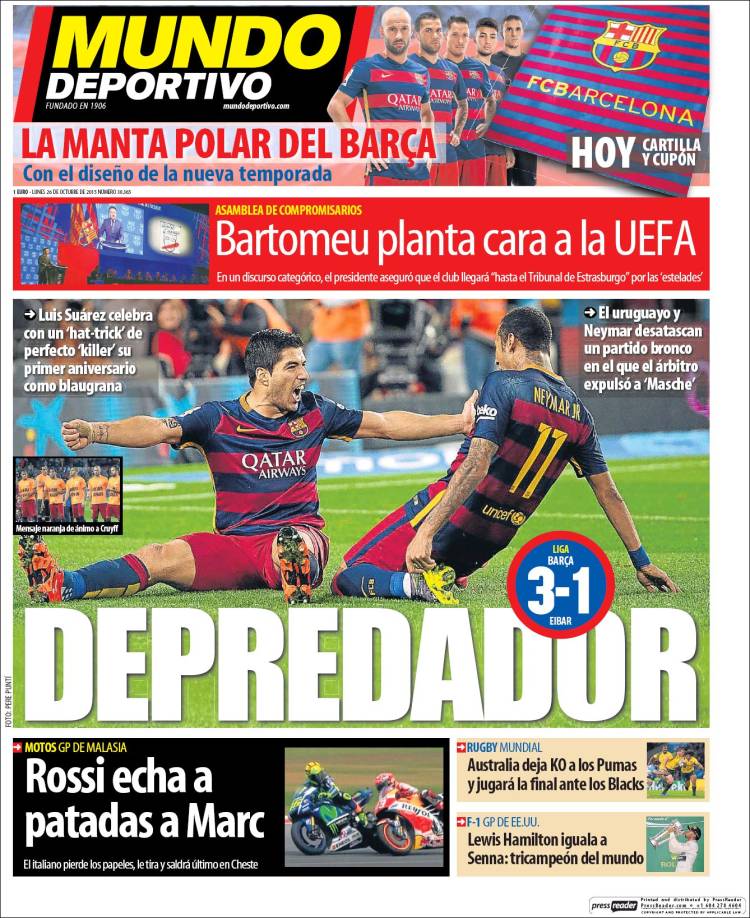 The Uruguayan and Neymar unlocked a rough game, in which the referee dismissed Masche

Bartomeu stands up to UEFA

In a categorical speech, the President said the club would take their estelada fine to the European Court of Human Rights