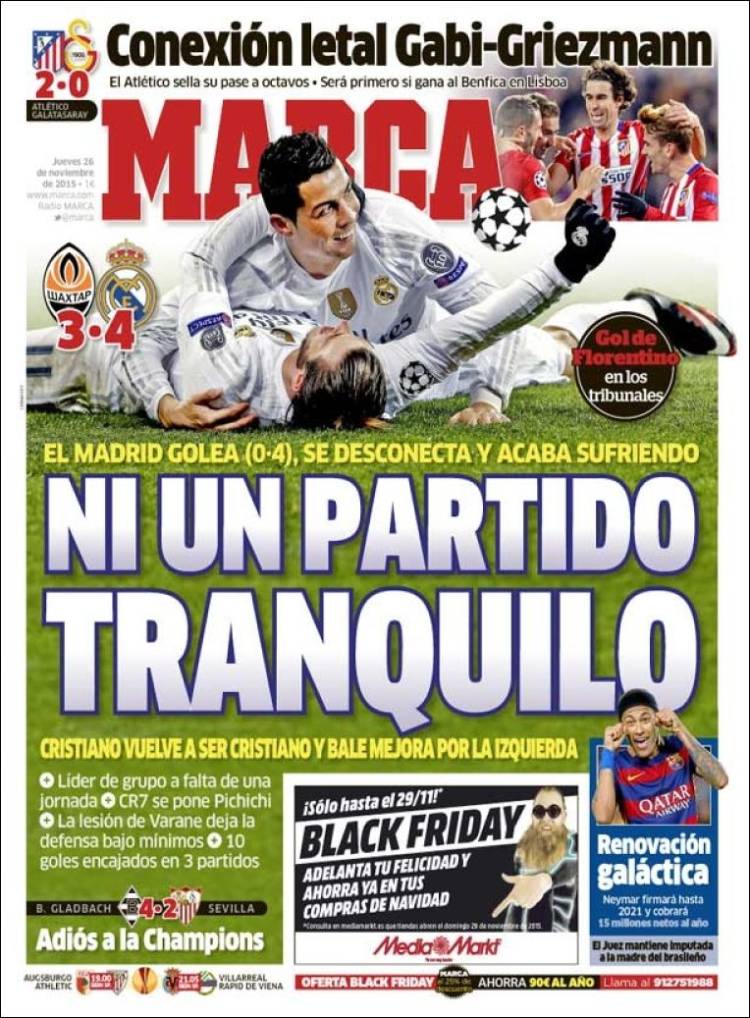 Madrid thrashes [0-4], switches off and ends up suffering

Not even a quiet game

Cristiano is Cristiano again and Bale improves on the left

Group leader with a round to spare

The injury to Varane leaves the defence at its minimum

Goodbye to the Champions League

Atletico seal their place in the second round

They’ll be top if they beat Benfica in Lisbon

Goal for Florentino in the court

The judge keeps the charge against the Brazilian’s mother 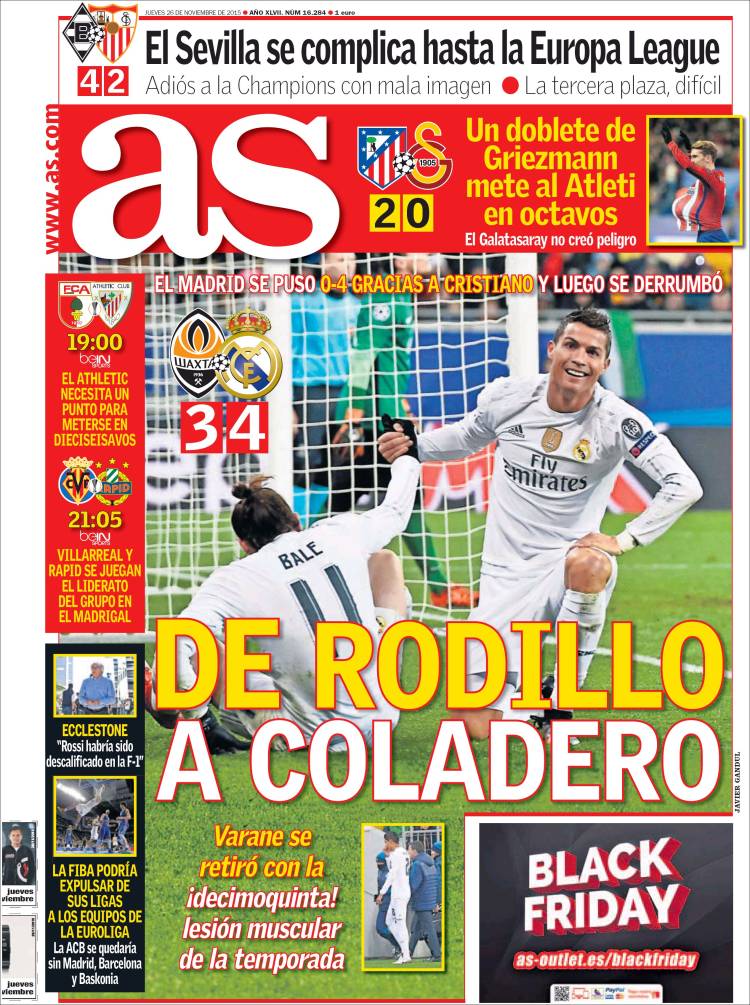 Madrid stood at 0-4 thanks to Cristiano and then collapsed

From the rolling pin to the colander

Varane went off with the 15th muscle injury of the season!

Goodbye to the Champions League with a bad image

A Griezmann double puts Atleti in the second round

Athletic need a point to get into the third round 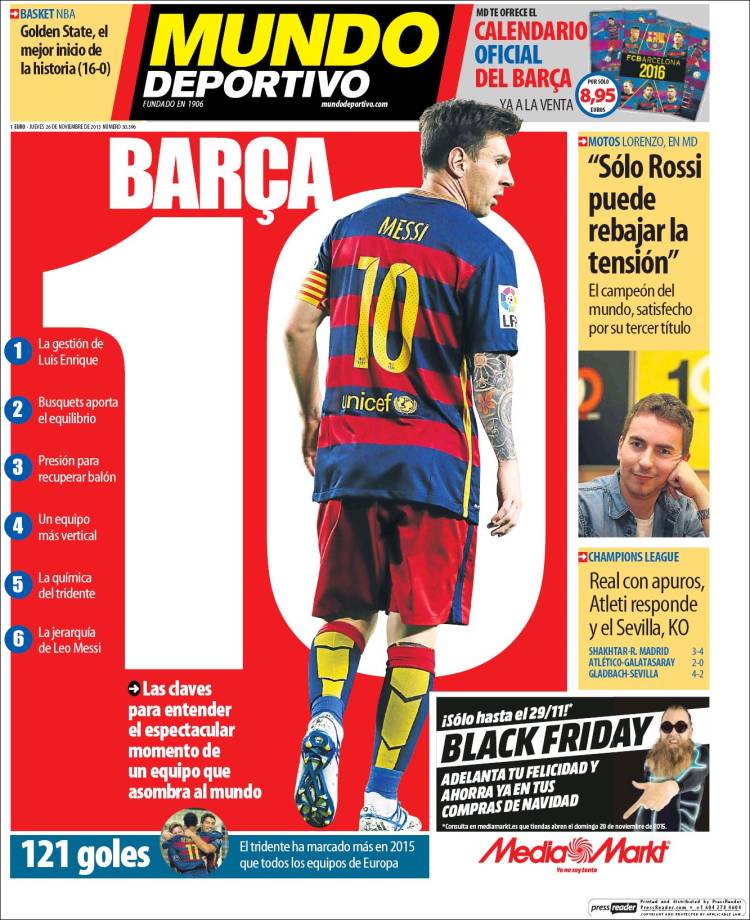 1. The management of Luis Enrique

3. Pressure to win back the ball

4. A team that is more direct

5. The chemistry of the trident

6. The leadership of Leo Messi