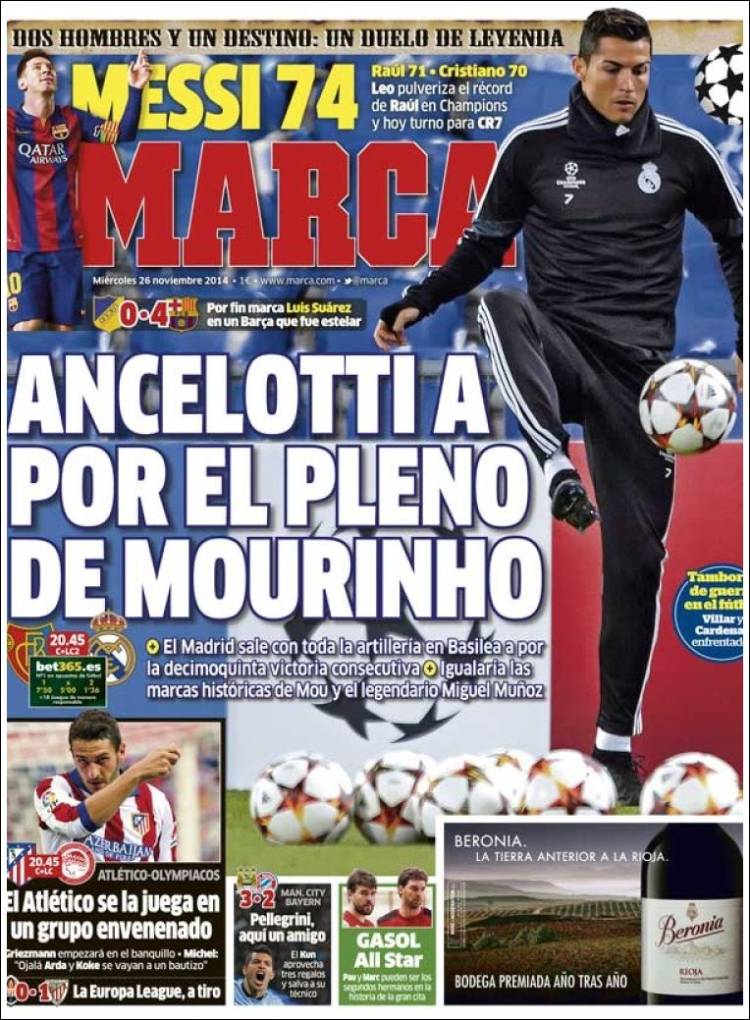 War drums for the future: Villar and Cardenal face-to-face

Two men and a destiny: a clash of legends

Atletico play in a poisonous group

Griezmann will start on the bench

Michel: “Hopefully Arda and Koke will be going to a christening”

Pellegrini, here is a friend

Kun takes advantage of three gifts and saves the Coach 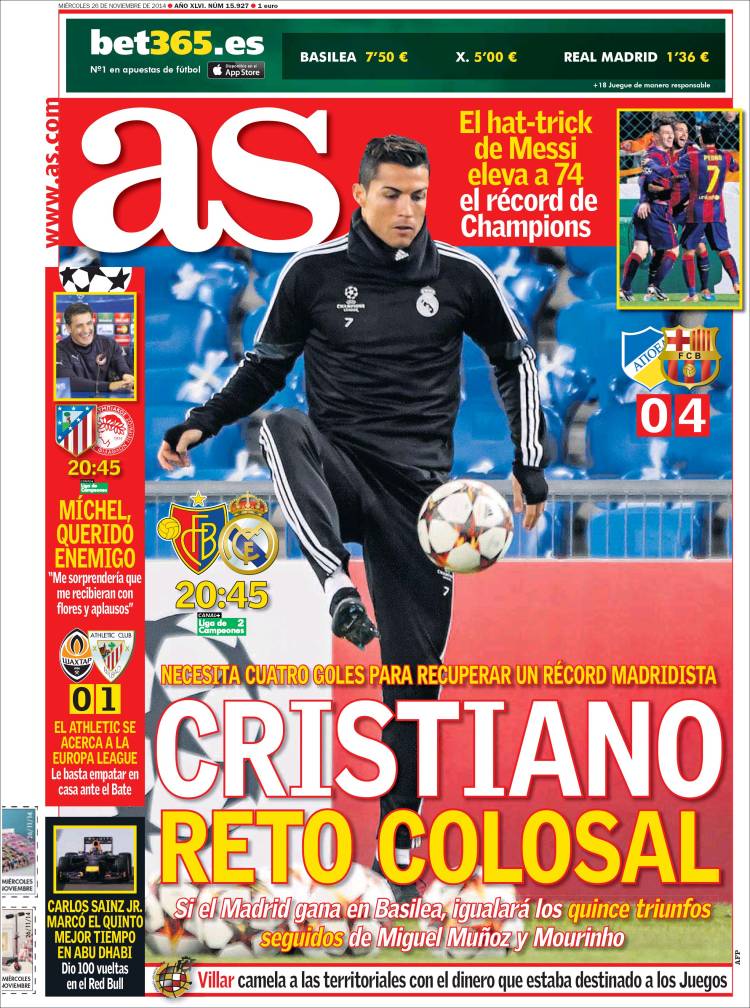 He needs four goals to get back a Madrid record

Athletic near the Europa League: a draw at home to BATE will be enough 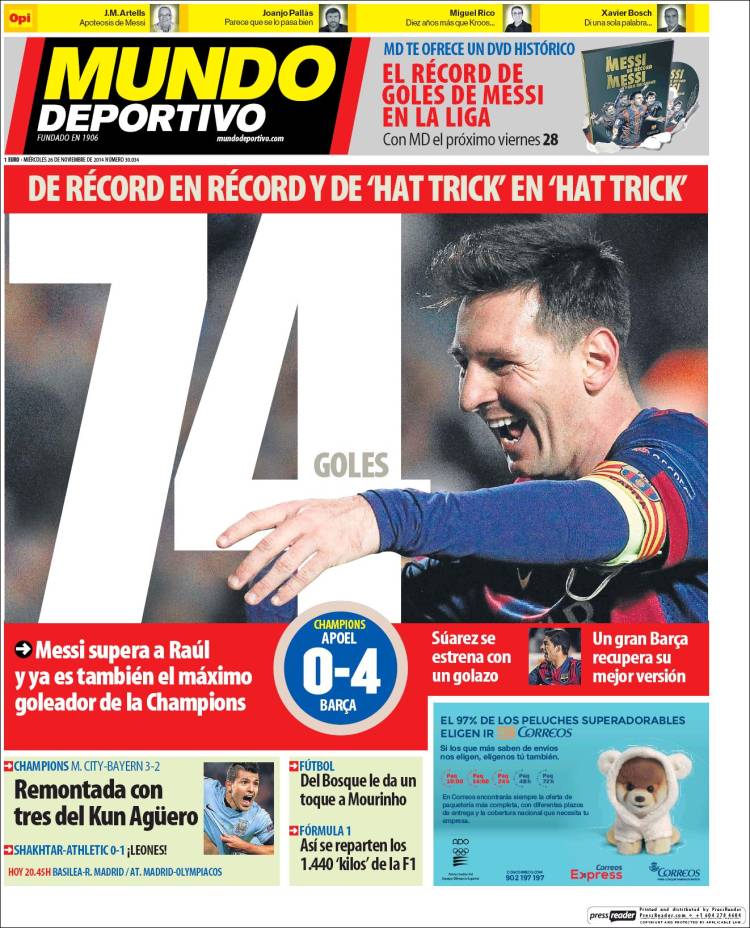 From record to record and from hat-trick to hat-trick

Suarez gets off the mark with a great goal

A great Barca get back to their best version

Del Bosque hits back at Mourinho