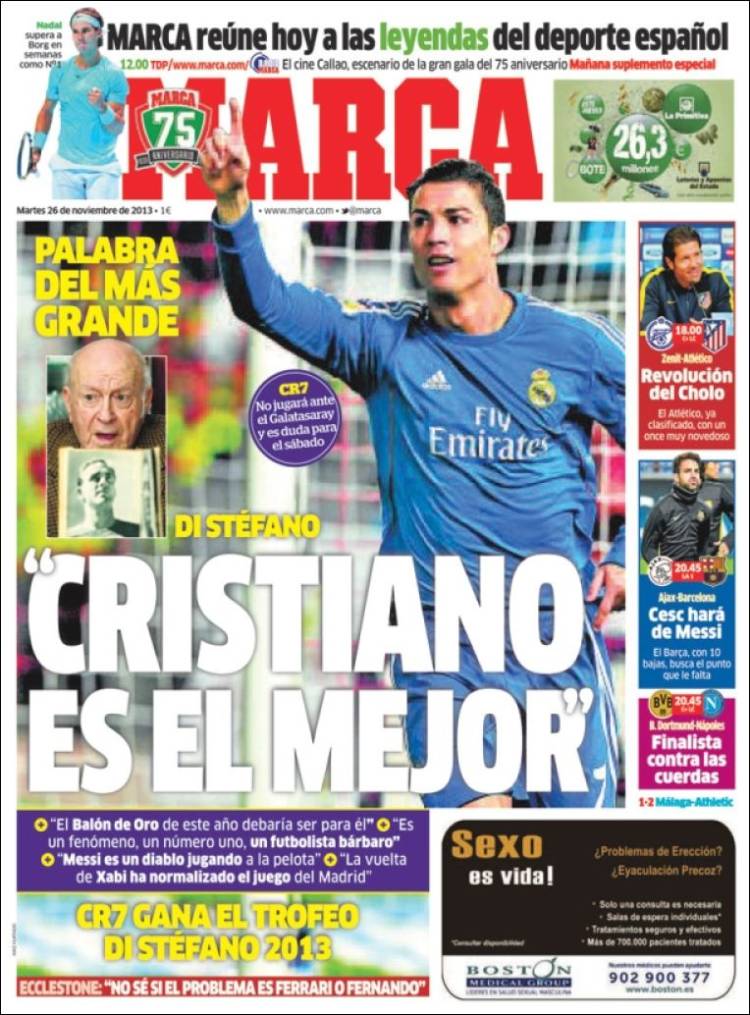 Di Stefano: "Cristiano is the best"

Words from the great

"The Balon d'Or this year should go to CR7"

"He is a phenomenon, number one, he is amazing"

"Messi is a devil with the ball at his feet"

"The return of Xabi has balanced Madrid's play"

Barca, with ten players out, look for a new false number 9

The finalists Borussia Dortmund up against the ropes 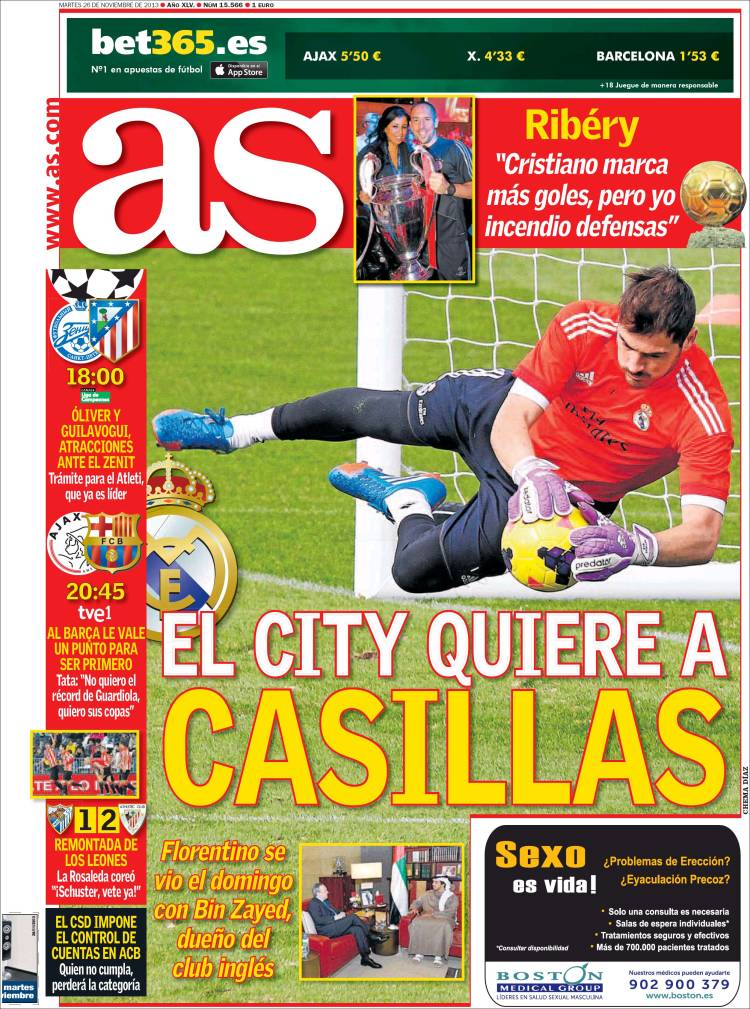 Florentino to see Bin Zayed on Sunday, the chief of the English sie

Oliver, Guilavogui, the attractions against Zenit

Tata: "I do nto want Guardiola's record, only his trophies"

Comeback by the Lions 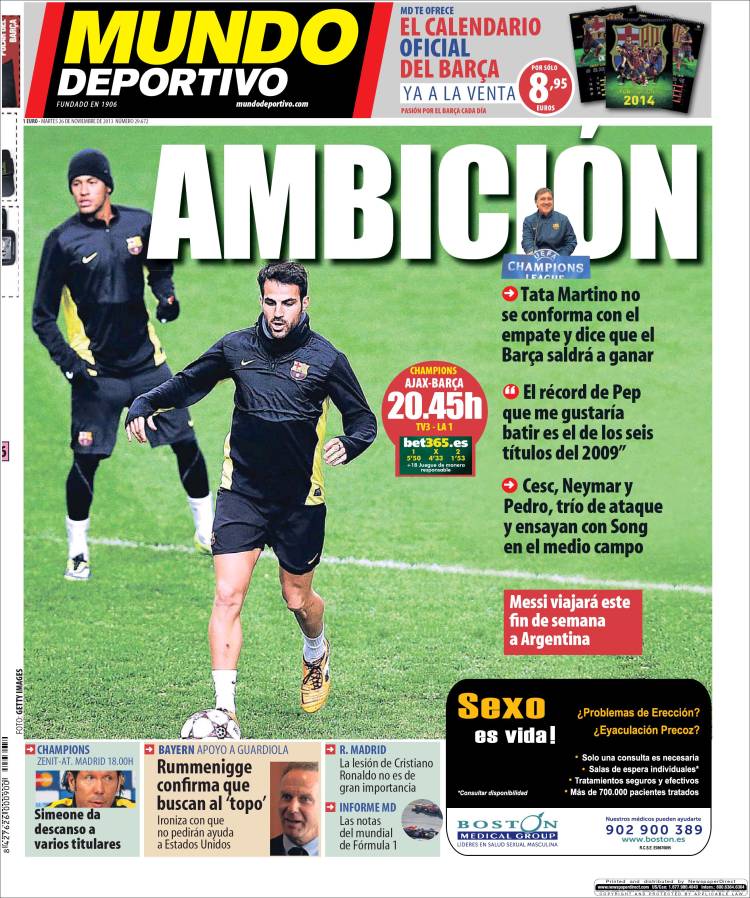 Pep's record he does not want to beat it, but, he wants to win more than the six trophies Barca won in 2009

Cesc, Neymar and Pedro to form the attacking trio with Song in the centre

Messi will travel this weekend to Argentina

Atletico Madrid: Simeone rests a few of his starters

Real Madrid: Cristiano's injury not a major one