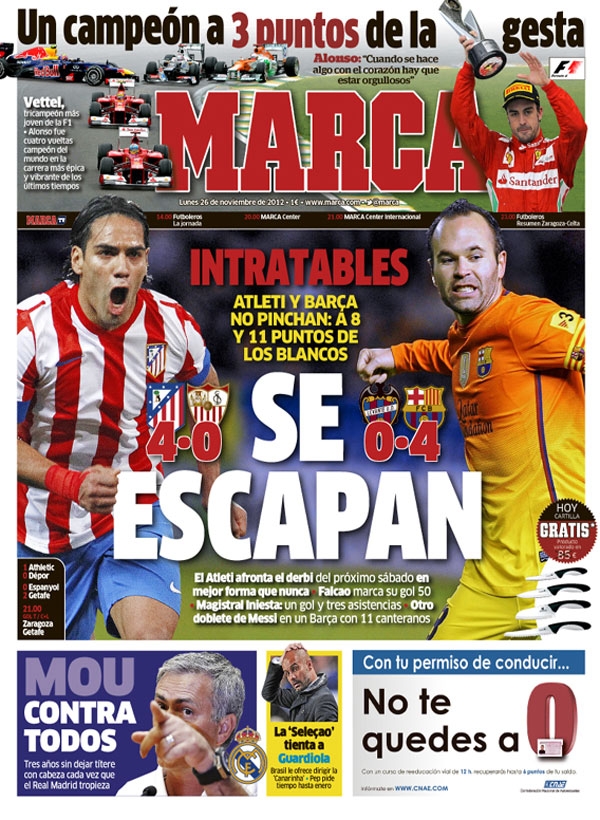 The unstoppables; Atleti and Barcelona

They escape from the pack

Another double for Messi: Barca play with 11 canteranos

Mou against everyone: three years of blaming everyone every time Madrid fail

Only three points from making the podium

Alonso: When you do something you have to do it with pride

Vettel, three-time champions of the Formula  1 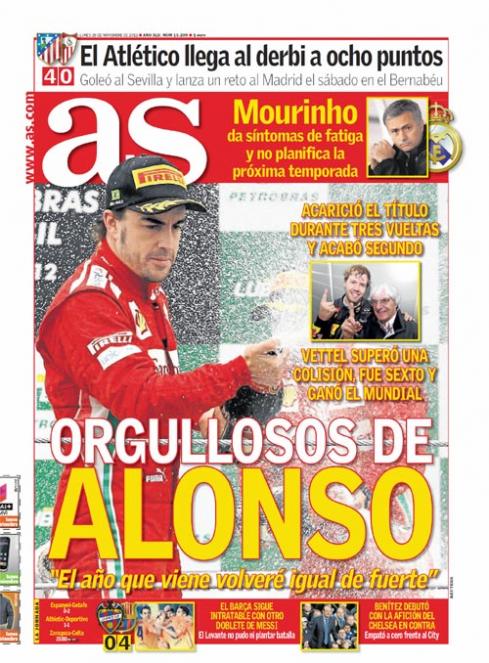 Atletico head into the derby with an eight-point lead

The pride of Alonso: Next year I will be as strong

Alonso was on his way to the title but finished second

Vettel overcame a collision, was sixth but finished in first place

Barca continue in unstoppable fashion with another double for Messe

Levante did not stand a chance

Benitez debuts but Chelsea fans were against him 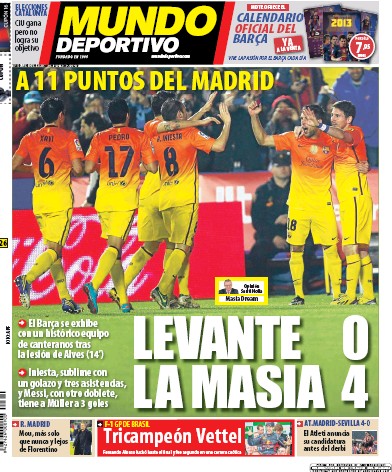 11 points ahead of Real Madrid

Iniesta, sublime with one wonder strike and three assists

Real Madrid: Mou more lonely than ever and further away from Florentino

Atleti 4 Sevilla 0: Atleti show their credibility ahead of the Madrid derby

Elecciones Catalunya: Ciu win but they do not achieve their aim of independence