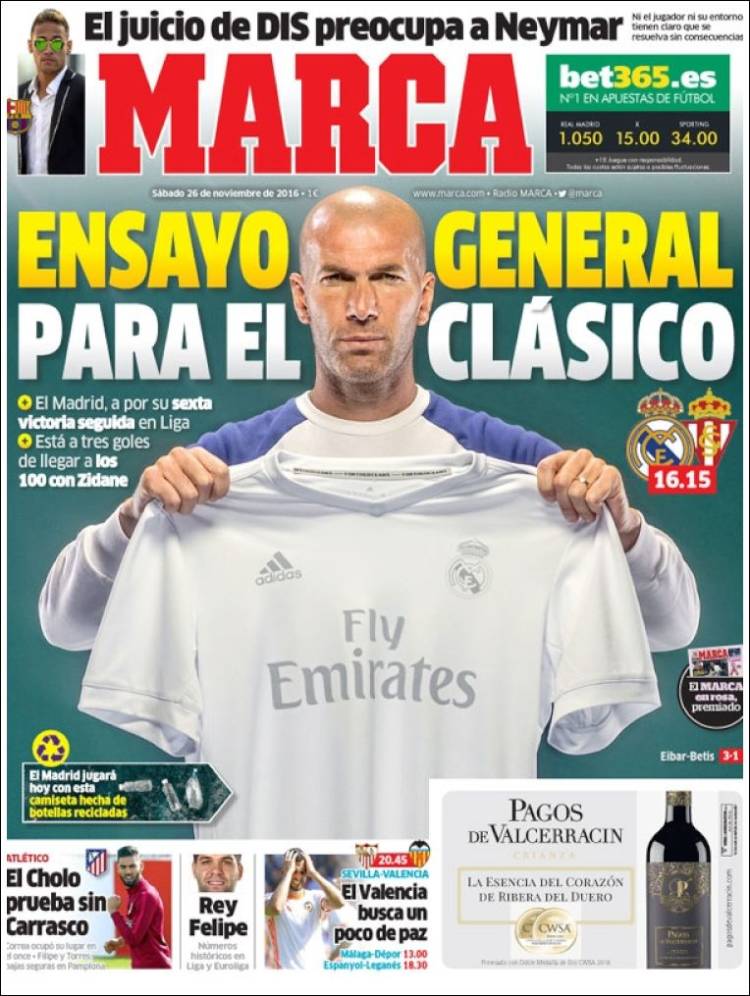 Madrid go for their sixth straight victory in La Liga

They are three goals away from 100 under Zidane

Madrid will today wear a shirt made of recycled bottles

Test for Cholo without Carrasco

Correa takes his place in the XI

Filipe and Torres missing in Pamplona

Valencia look for some peace 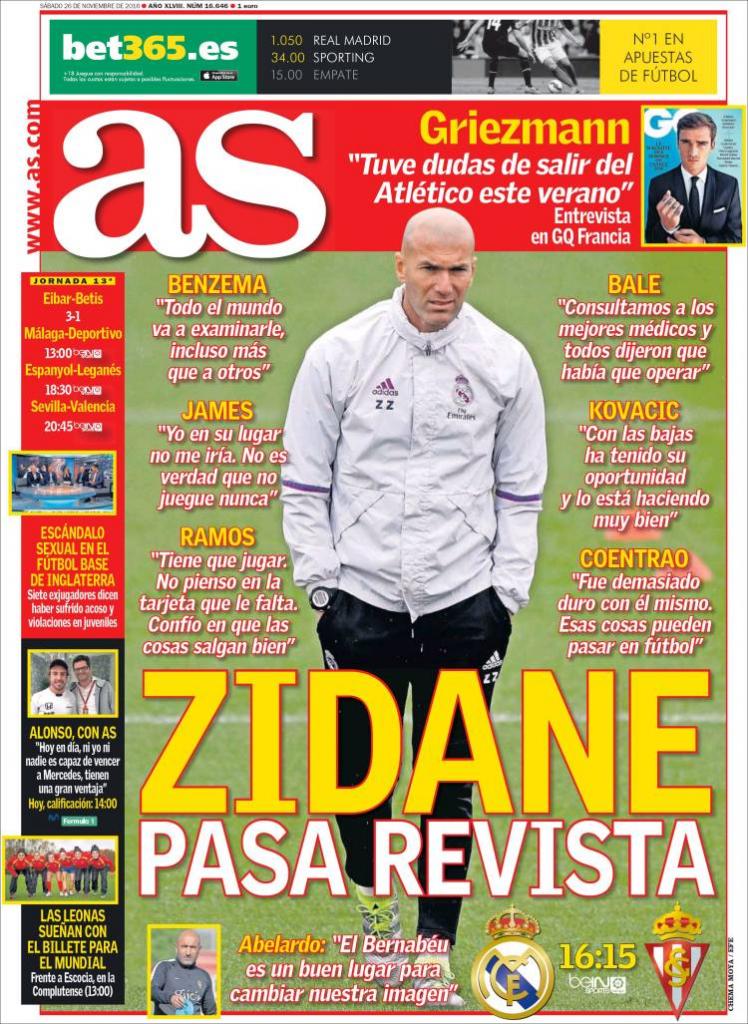 Benzema, “The whole world’s going to examine him, even more so than others”

James, “I wouldn’t go if I were him, it’s not true that he never plays”

Ramos, “He has to play, I’m not thinking about the card that he’s away from, I hope things go well”

Bale, “We consulted with the best doctors and they all said that he needed surgery”

Kovacic, “With all our absences, he has had his chance and is doing very well”

Coentrao, “He’s being too hard on himself. These things can happen in football”

Griezmann: “I had doubts about leaving Atletico in the summer” 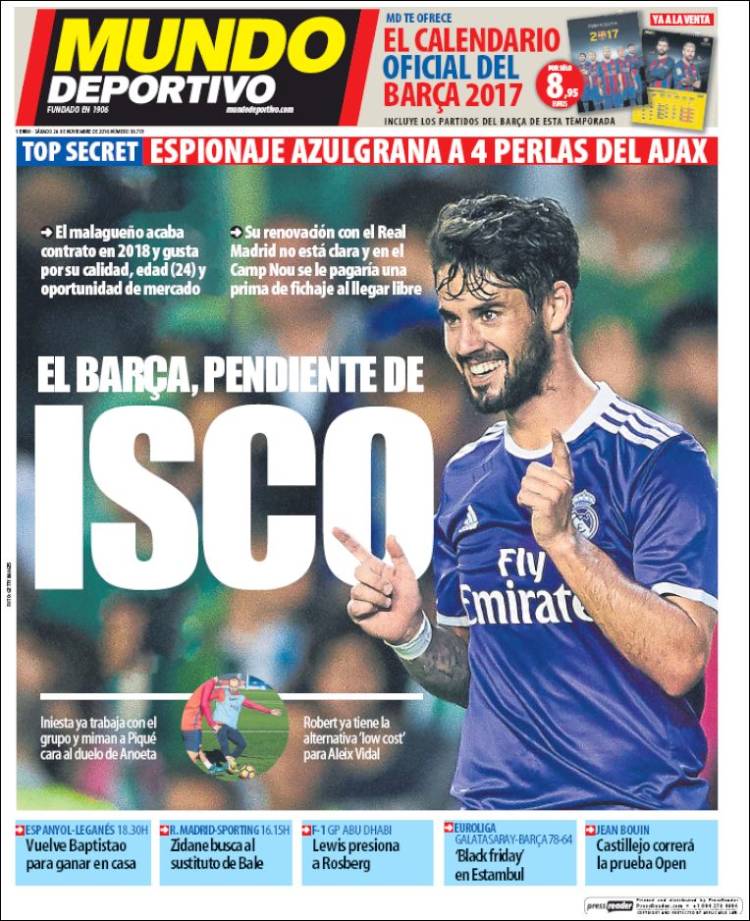 The Malaga native’s contract expires in 2018, and he is liked for his quality, age (24) and market opportunity

Robert already has a “low-cost” alternative to Aleix Vidal

Baptistao returns to win at home