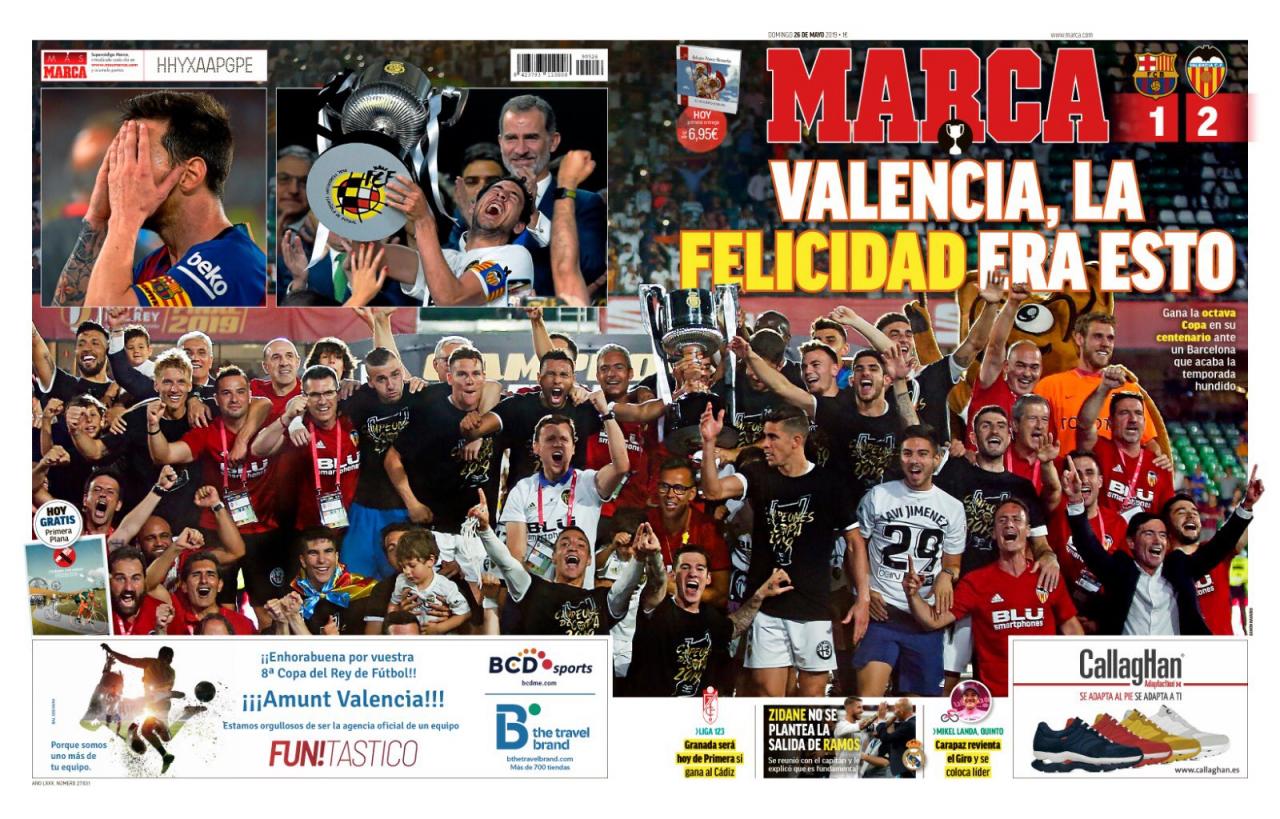 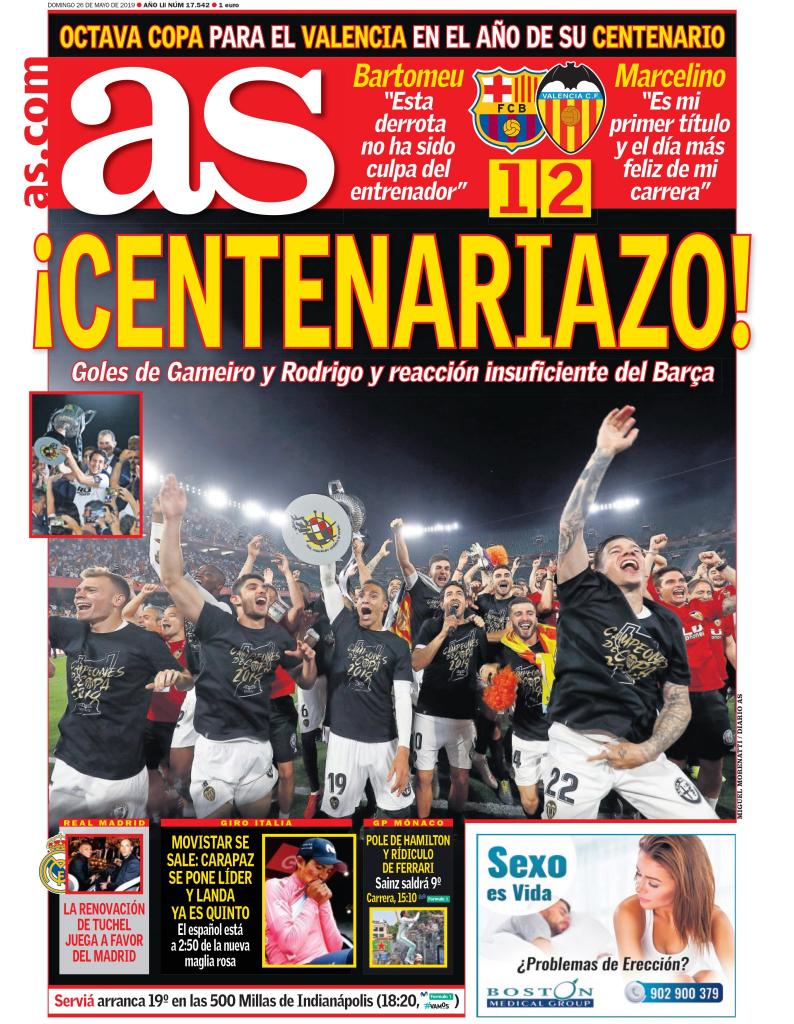 COPA DEL REY: Bartomeu: "This defeat is not the manager's fault."

COPA DEL REY: Marcelino: "It is my first title and the happiest day of my career." 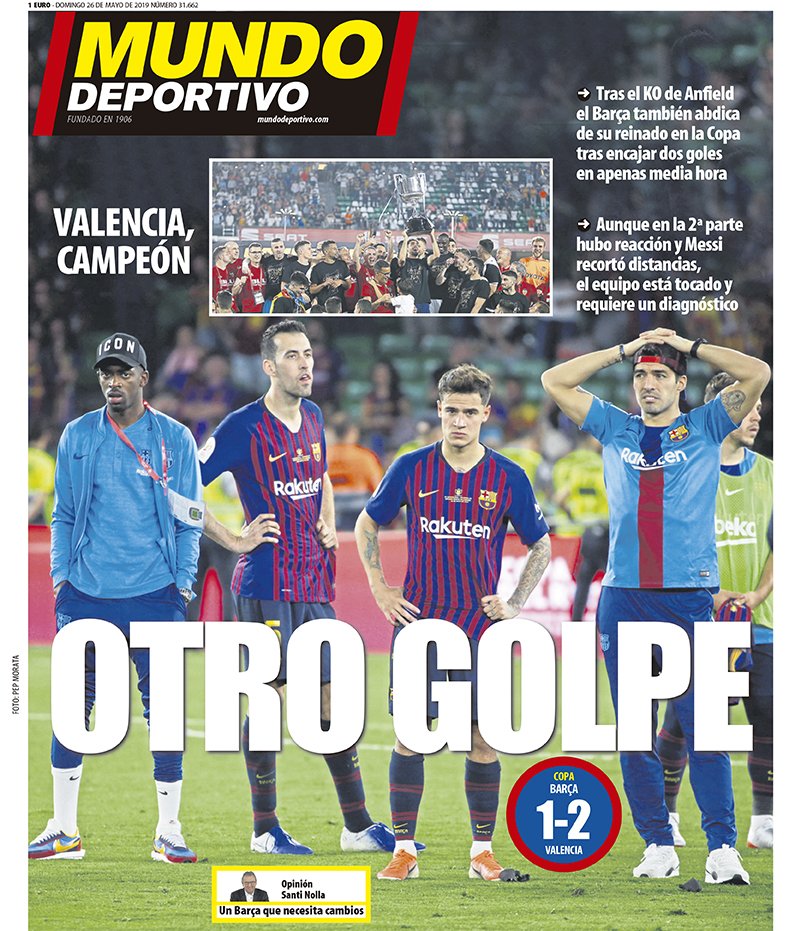 FC BARCELONA: ANOTHER BLOW - After their Champions League exit against Liverpool, FC Barcelona concede their Copa del Rey title, after two goals inside the first half an hour against Valencia.

FC BARCELONA: Despite improving after the break, and Messi pulling a goal back, FC Barcelona lose their first Copa final in five seasons and serious questions are now likely to be asked.