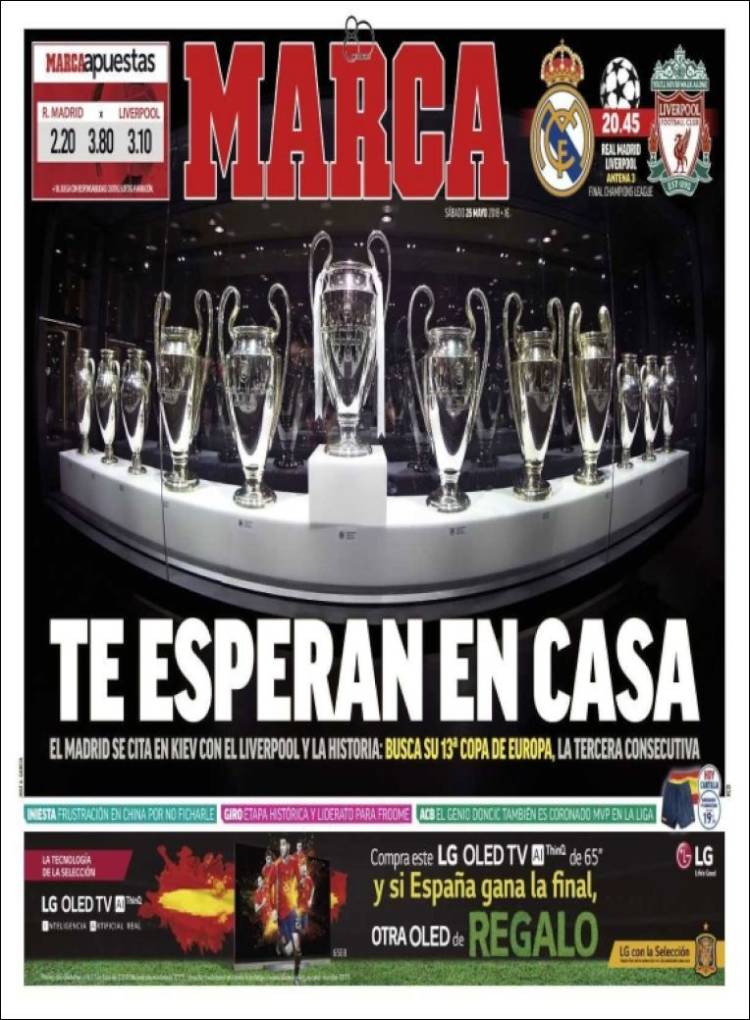 They wait for you at home

Madrid have a meeting in Kyiv with Liverpool and history: searching for 13th European title, third in a row

Iniesta - frustration in China with no signing 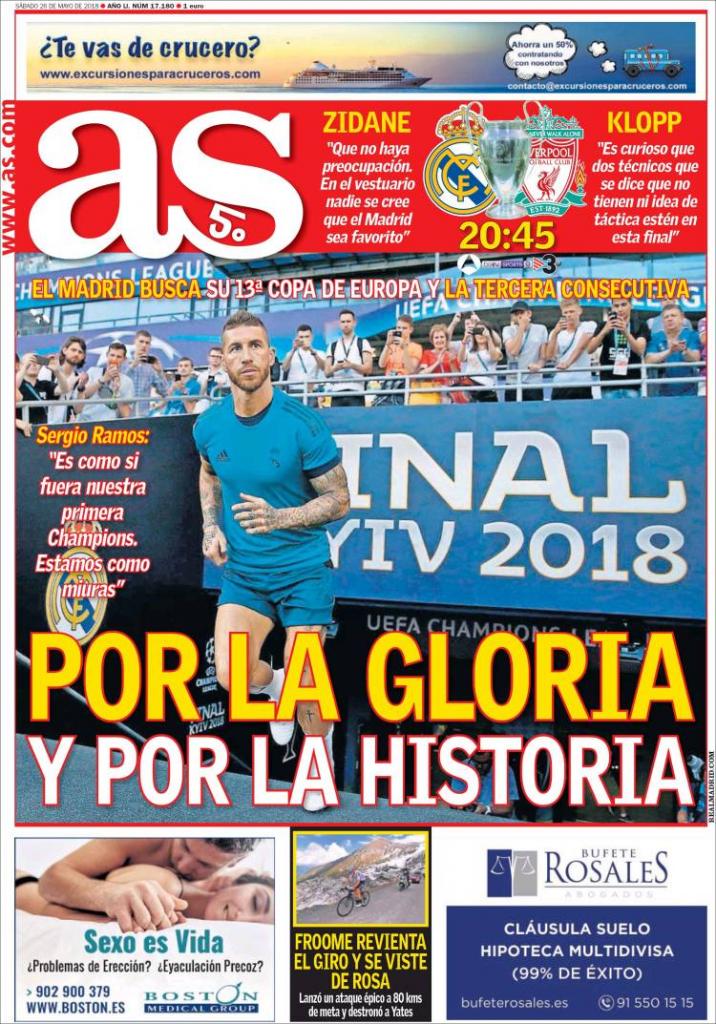 For the glory and the history

Madrid look for 13th European Cup, third in a row

Sergio Ramos: It's as if it's our first Champions League

Zidane: There is no concern. In the dressing room nobody thinks Madrid are favourites

Klopp: It's curious that two managers who are told they have no ideas tactically are in the final 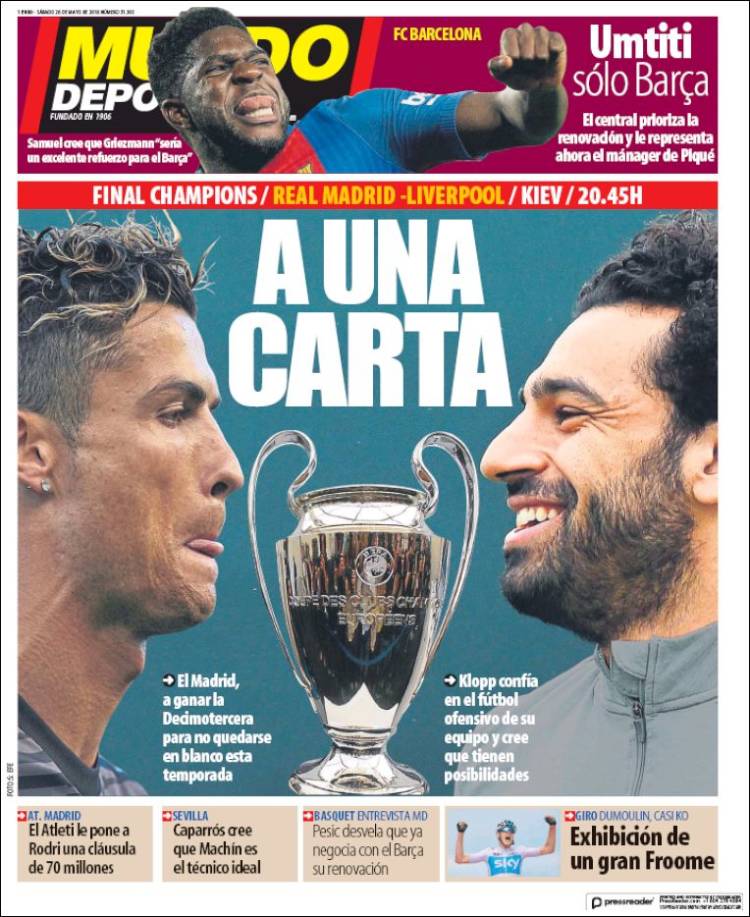 Madrid look for their 13th, Klopp confident of his side's attacking potential

Umtiti believes Griezmann 'would be an excellent signing' for Barca