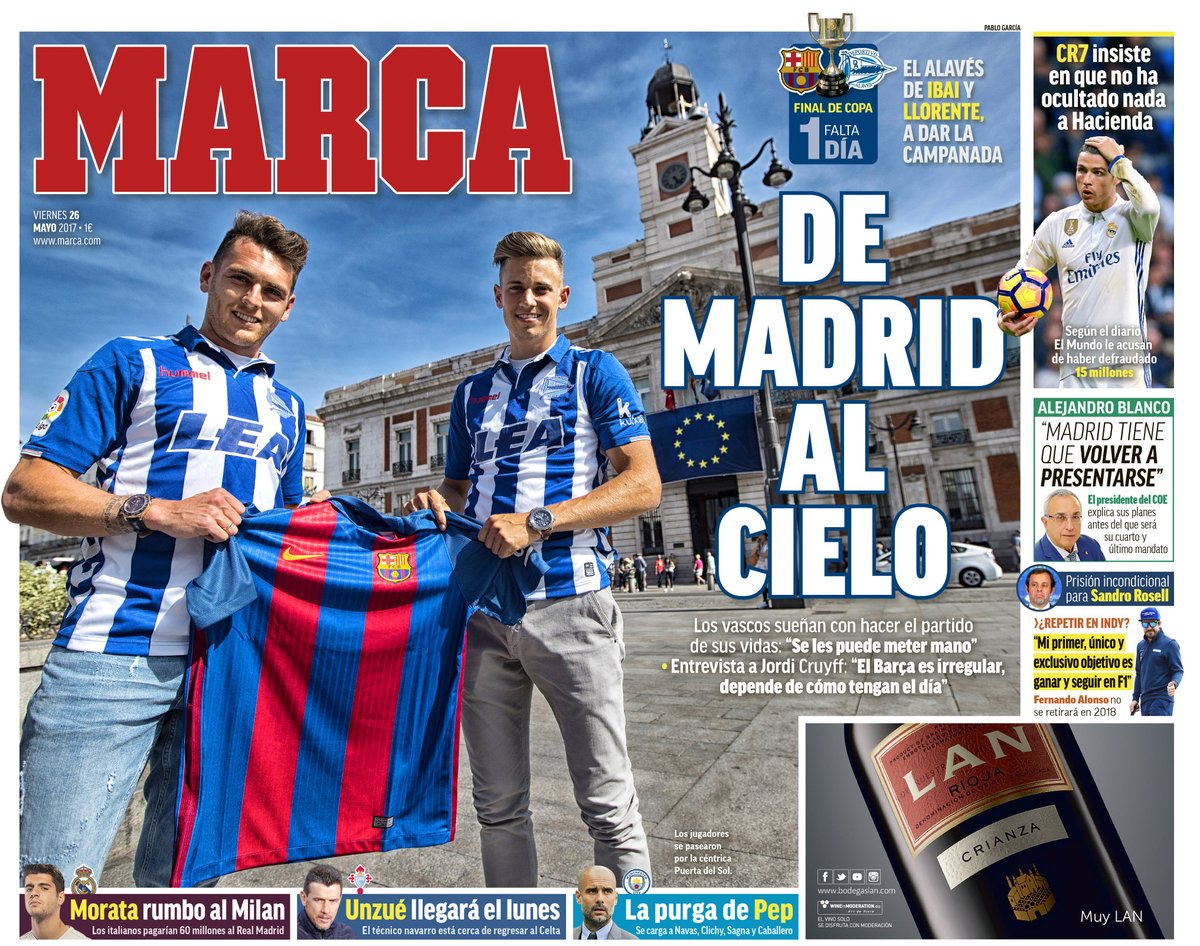 From Madrid to heaven

Basque club dreams of the match of their lives, Jordi Cruyff: Barca aren't normal, it depends on their day

Ibai and Llorente to chime for Alaves

Morata on course for Milan

Unzue returns to Celta on Monday 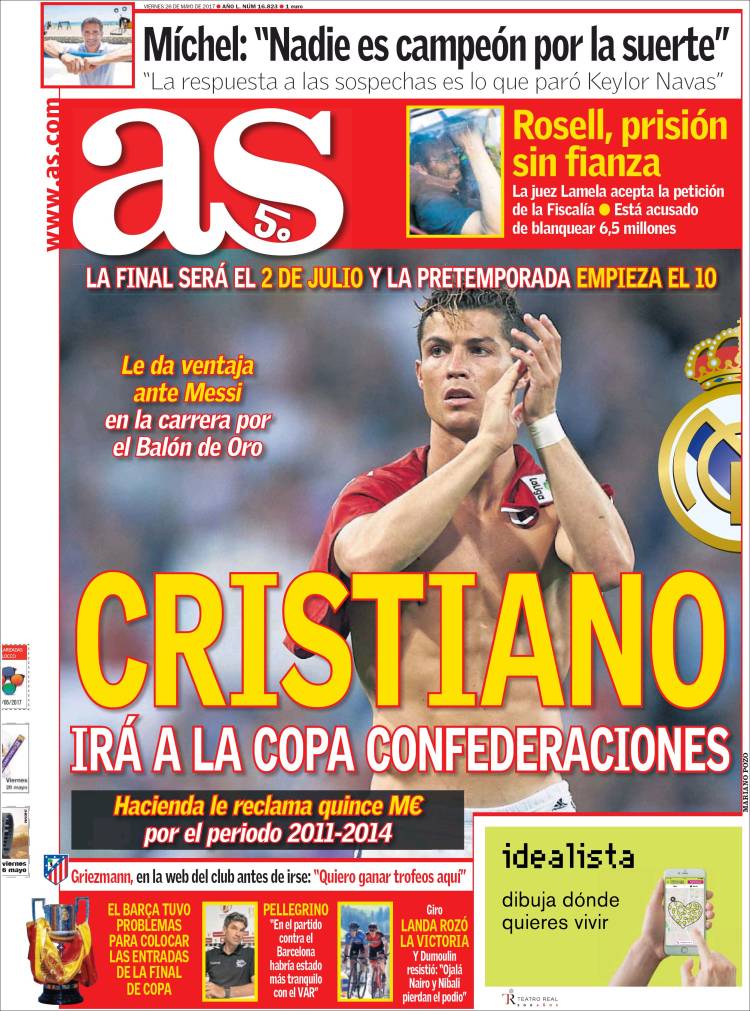 Cristiano goes to the Confederations Cup

An advantage over Messi in the Ballon d'Or race

Michel: Nobody is champion by luck - "The answer to the suspicions is Keylor Navas"

Griezmann on the club's website before leaving: I want to win trophies here

Pellegrino: There would have been more calmness ahead of final if we had video technology 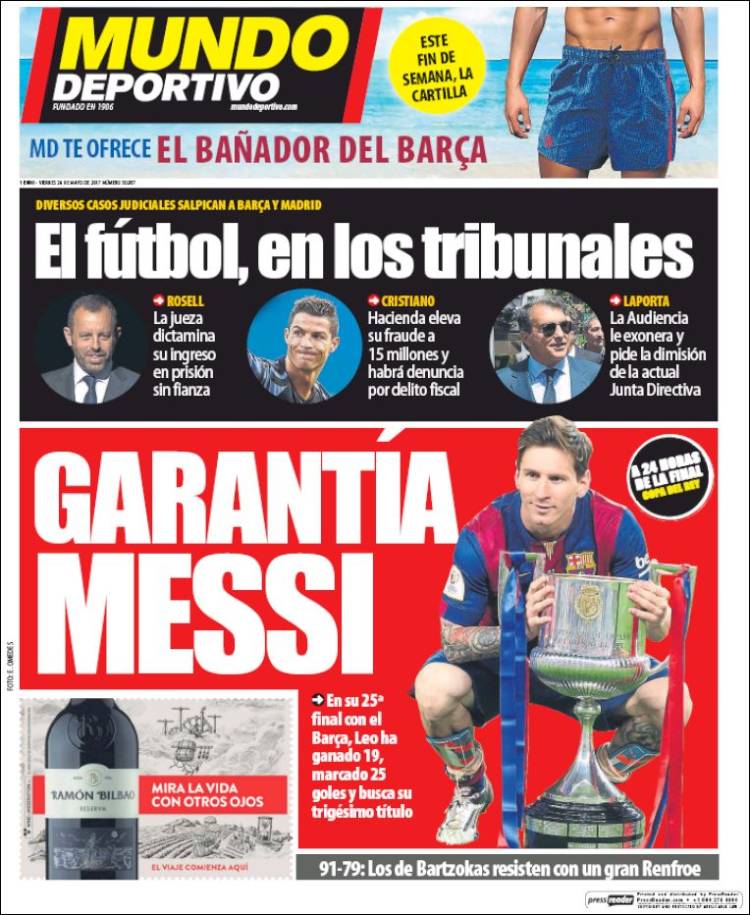