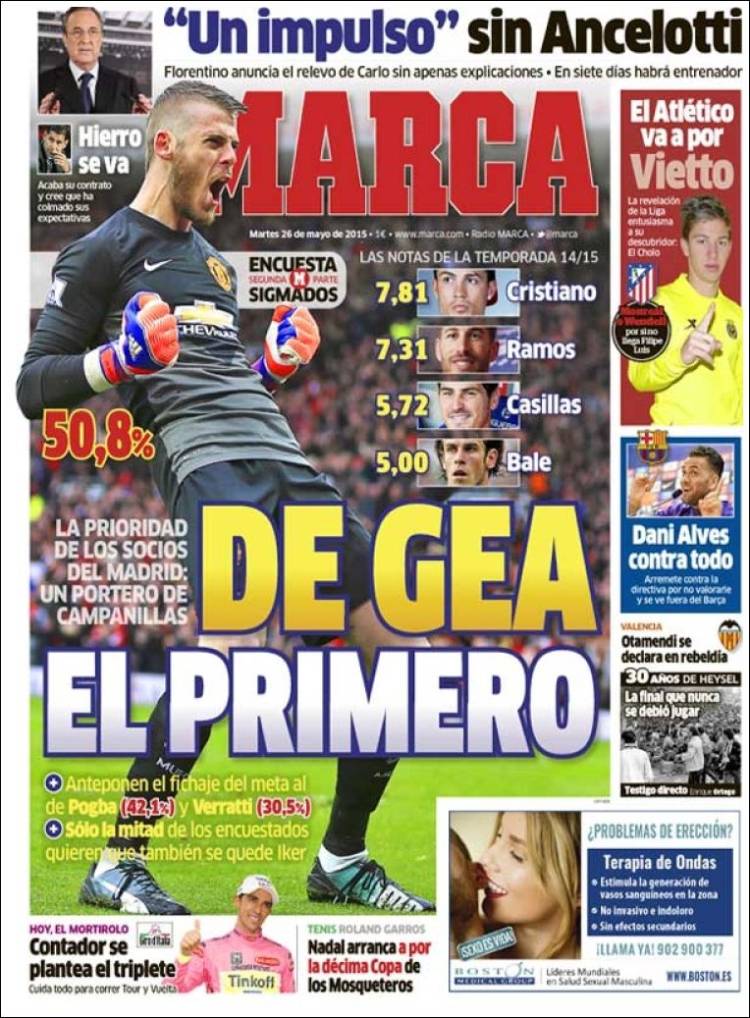 The priority of the Madrid members: the goalkeeper from Campanillas

Only half of the respondents want Iker to stay

‘An impetus’ without Ancelotti

Florentino announces the removal of Carlo with little explanation

In seven days there will be a Coach

His contract finishes and he believes he has filled his expectations

Dani Alves against everything

Otamendi is declared in rebellion 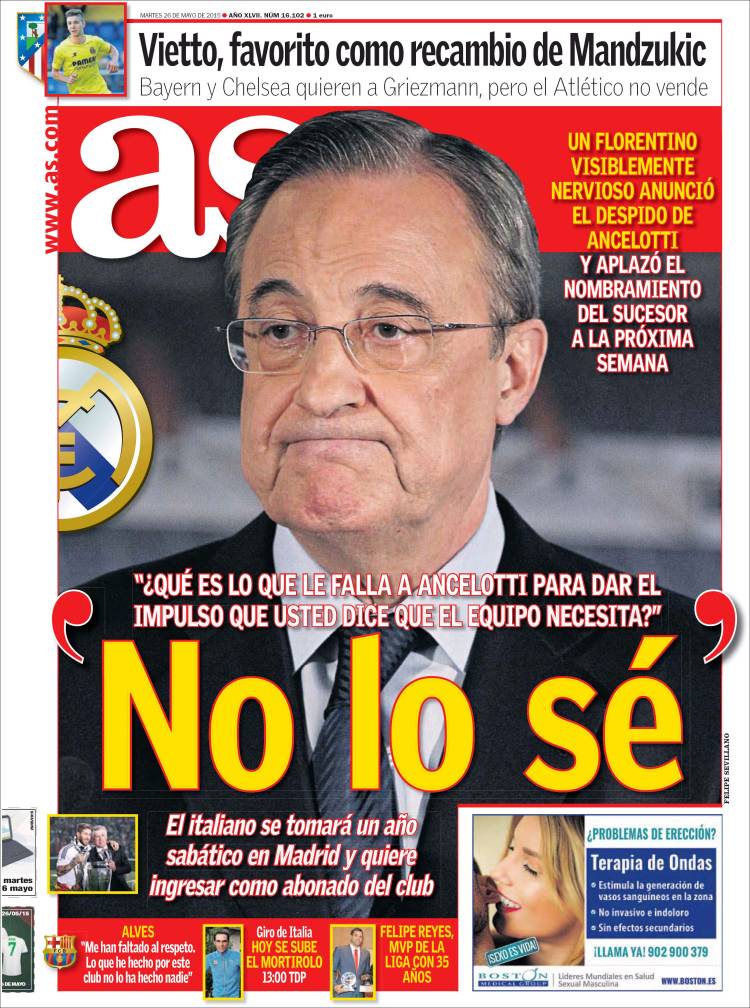 ‘What if sacking Ancelotti fails to give the team the boost you say it needs?’

Vietto, favourite as a replacement for Mandzukic

Bayern and Chelsea ask for Griezmann, but Atletico won’t sell

I have been disrespected. What I have done for this club, no one has 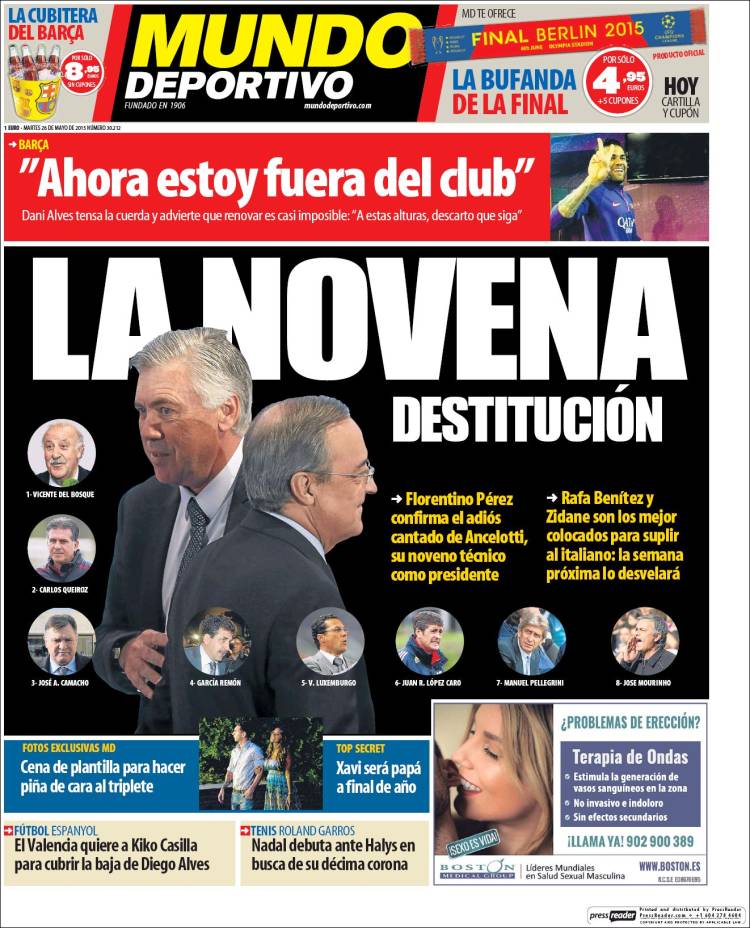 Florentino Perez confirms the goodbye to Ancelotti, the ninth Coach of the President

Rafa Benitez and Zidane are best position to replace the Italian; next week it will be revealed

‘Now I am outside the club’

Dani Alves tightens the rope and warns that to renew is almost impossible: “At this point, I dismiss the notion of staying”