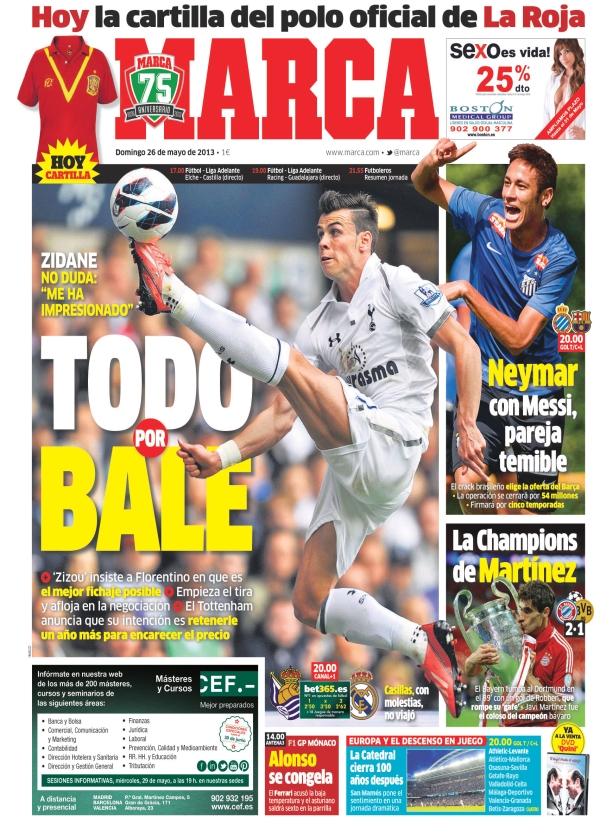 All for Bale
Zidane has no doubts: "He has impressed me"
Zizou insists to Florentino that he is the best signing possible
He has started to be convinced and negotiations have started
Tottenham announce that their intention to keep him for another season to increase his price
Neymar with Messi, a fearful prospect
The Brazilian star has chosen Barca
The price to sign him was agreed at 54 million
He will sign for five seasons
Champions of Martinez
Bayern triumph against Dortmund with a goal from Robben in the 89th minute that helped break the Dutchman's 'choker' reputation
Javi Martinez was a colossus for Bayern
Formula 1 Monaco: Alonso freezes
Ferrari loses temperature and the Asturian starts at sixth
Europa and the end 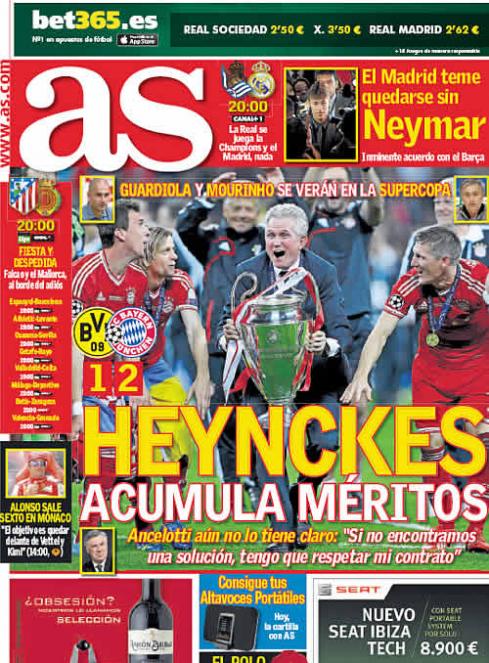 Heynckes deserved the credits
Guardiola and Mourinho will meet each other in the European Super Cup
Ancelotti is not sure about his move: "If we find do not find a solution, I will respect my contract"
Madrid fearful now that Neymar has gone to Barca
The agreement to Barca is imminent
Real Sociedad playing for the Champions League, and Madrid, nothing
Fiesta and despair: Falcao, and Mallorca on the edge
Alonso ends up sixth
"The objective is to stay ahead of Vettel and Kimi," Alonso 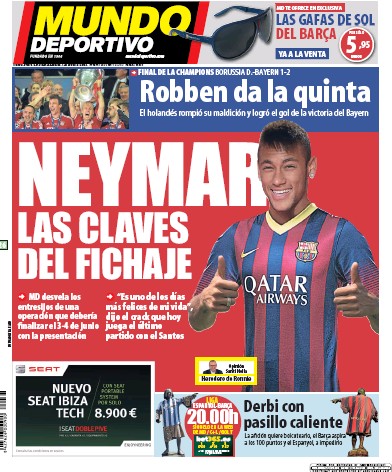 Neymar the key signing
MD reveals the ins and outs of the operation that should be finalised by June 3 or 4
"It is one of the happiest days in my life," says the star today who played his last game for Santos
Robben wins the fifth for Bayern
The Dutchman broke his curse and scored the goal that won it for Bayern
A heated derby today
The Espanyol fans want to boycott it, and Barca are aiming for 100 points and Espanyol want to stop them