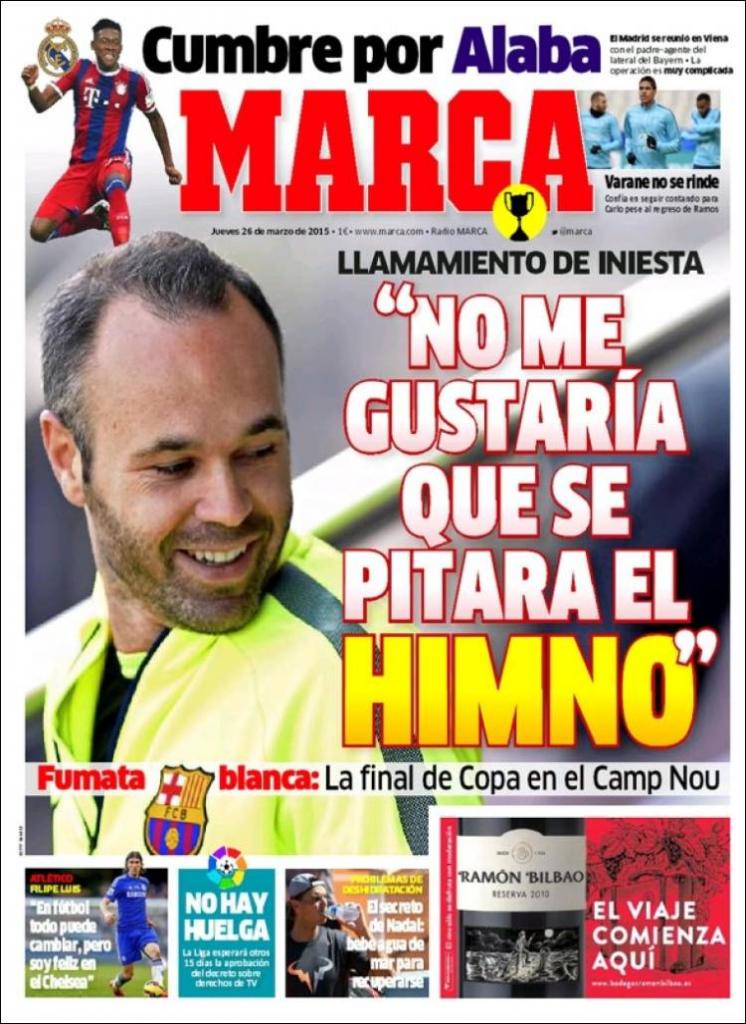 Iniesta appeal: “I wouldn’t like them to whistle the national anthem”

White smoke: The Cup Final at the Camp Nou

Varane doesn’t give in: he wants to continue alongside Carlo despite Ramos’ return

Summit over Alaba: Madrid meet in Vienna with the father-agent of the Bayern full-back

The operation is very complicated

Filipe Luis: “In football everything can change, but I’m happy at Chelsea”

No strike: the League will wait another 15 days for the approval of the law on television rights 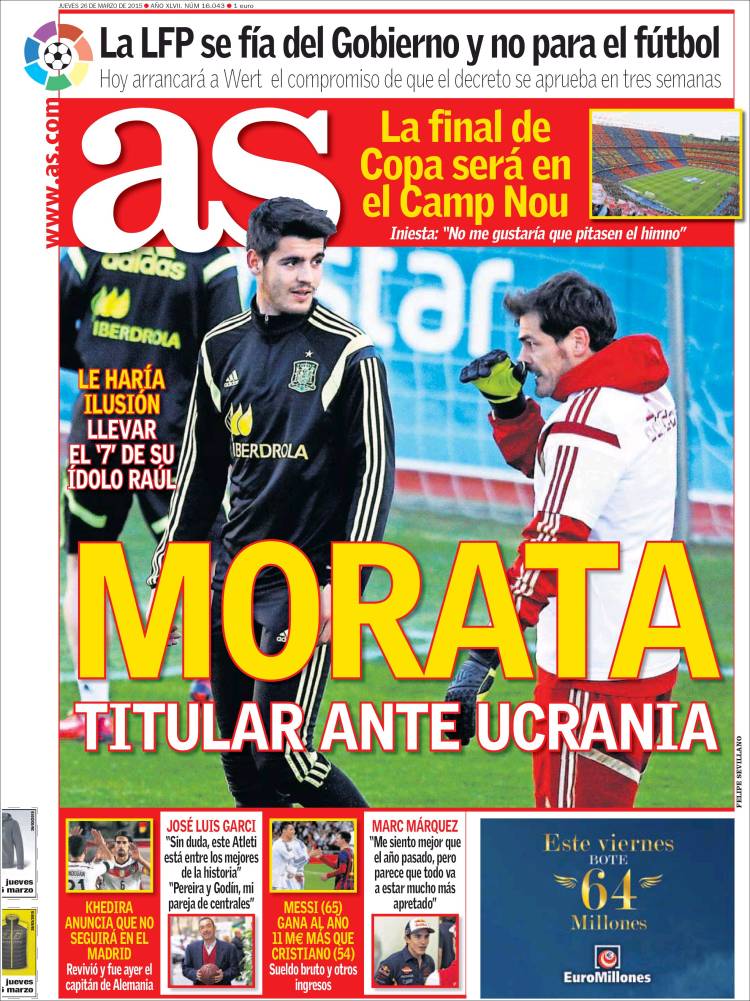 Morata in the starting line-up against Ukraine

The LFP trusts the government and doesn’t stop football

The Cup Final will be at the Camp Nou

Iniesta: “I wouldn’t like them to whistle the national anthem”

He came alive again and was German captain yesterday

Jose Luis Garci: “Without doubt this Atleti is amongst the best in history” 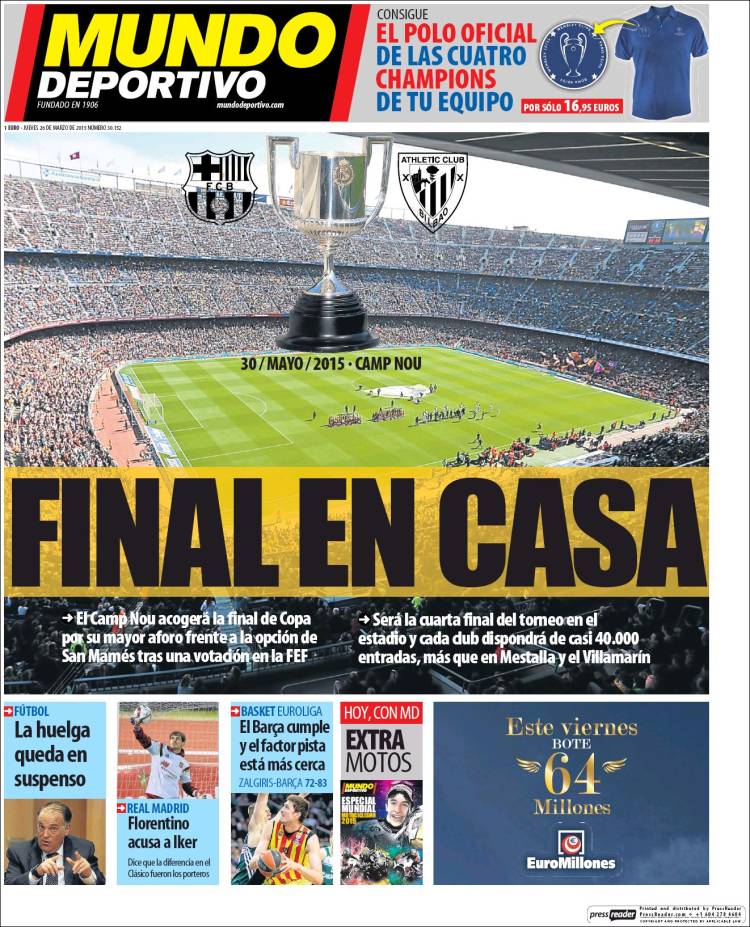 It will be the fourth tournament final in the stadium and both clubs will have almost 40,000 tickets available, more than at Mestalla or Villamarin

The strike left in suspense

Real Madrid: Florentino accuses Iker. He says the difference in the Clasico was the goalkeepers