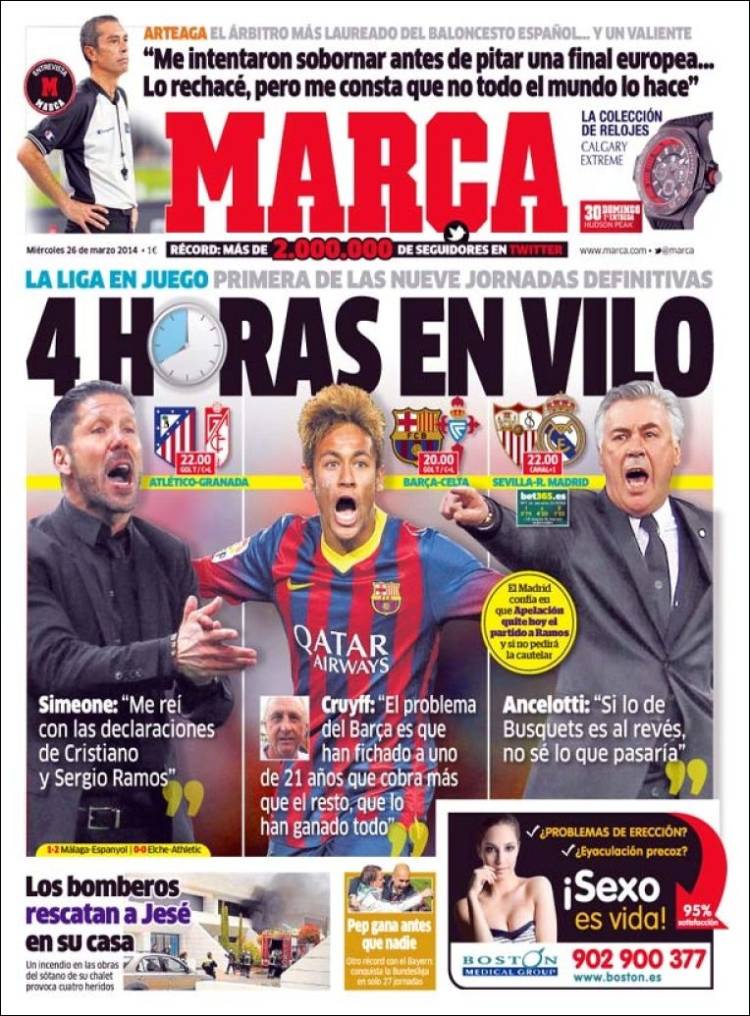 Simeone: “I laugh at the declarations of Cristiano and Sergio Ramos”

Cruyff: “The problem with Barca is that they have signed a 21-year-old who earns more than the rest who have won everything”

Ancelotti: “I do not know what will happen with Busquets”

“They tried to bribe me before the European final but I rejected it. Not everyone does this”

Firefighters rescue Jese from his house 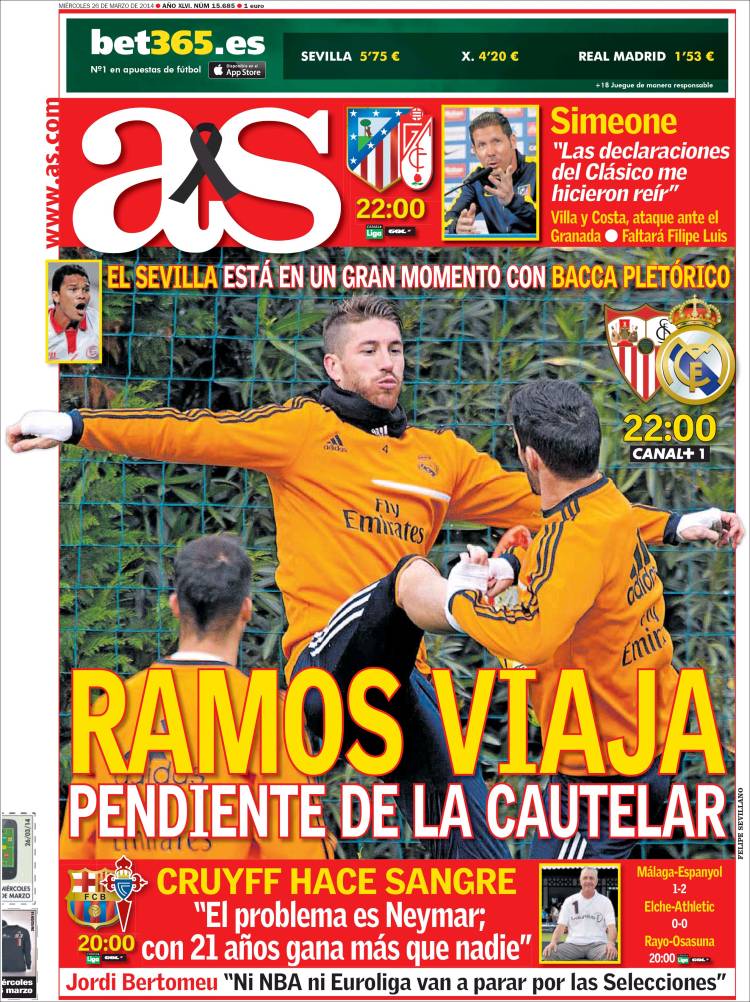 Though whether he plays or not is now known yet

Sevilla are in great form, led by the dangerous Bacca

Cruyff takes a stab: “The problem with Barca is Neymar; only 21-years-old yet he earns more than the rest of his team”

Jordi Bertomeu: “The NBA nor the Euroliga can stop international competition”

Simeone: “The declarations made after the Clasico made me laugh” 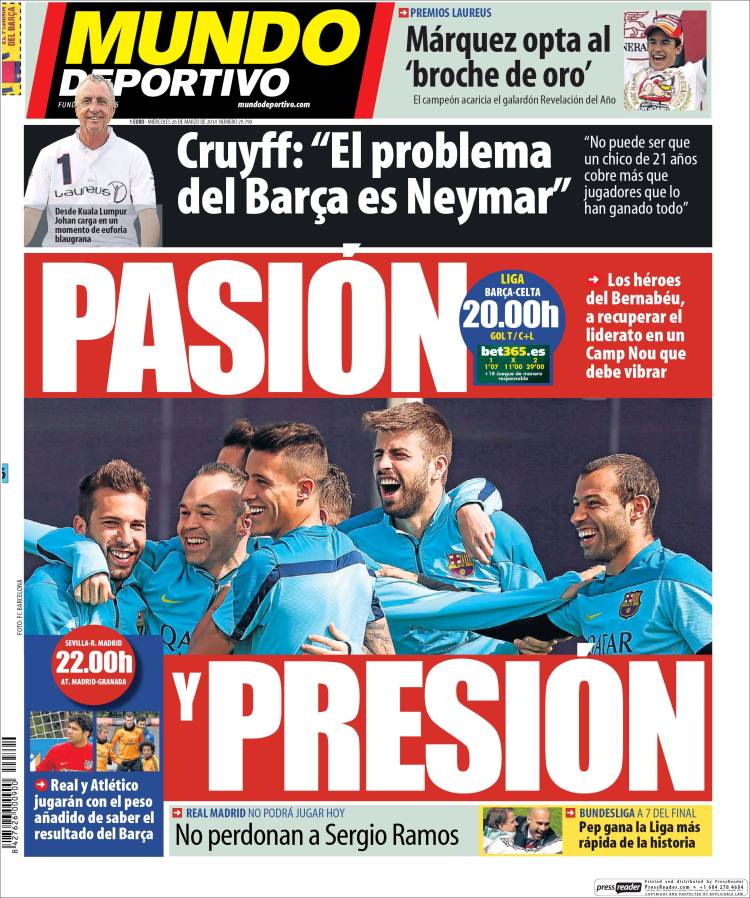 Cruyff: “The problem at Barca is Neymar”

Sergio Ramos is not pardoned: he will not be able to play today