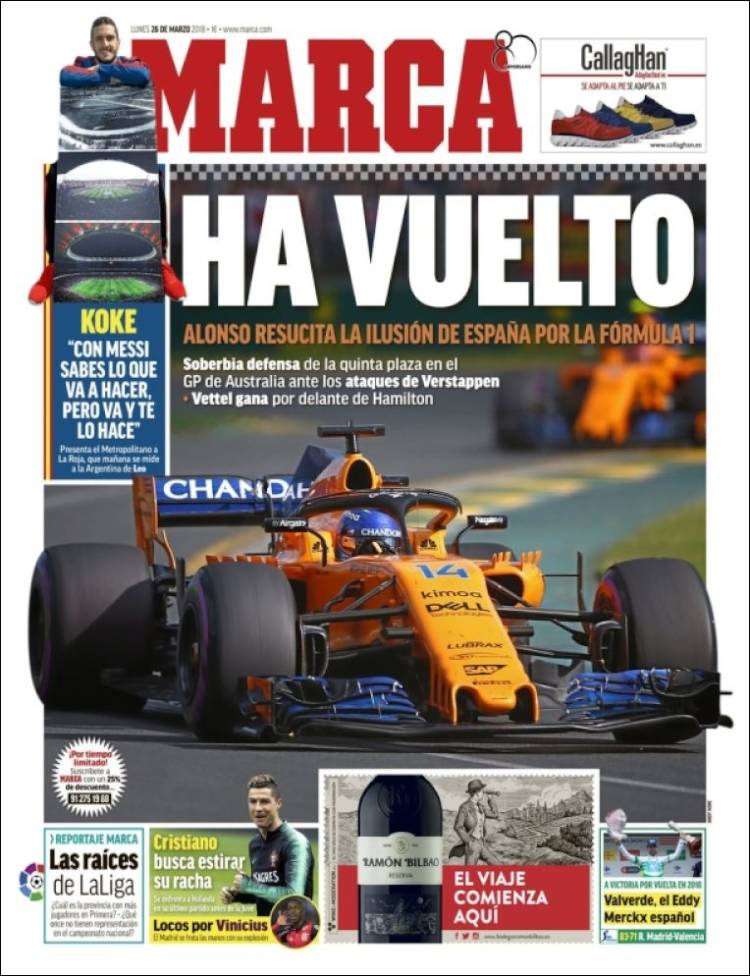 Koke: "With Messi you know what he's going to do, but he does it anyway"

Cristiano looks to stretch his streak 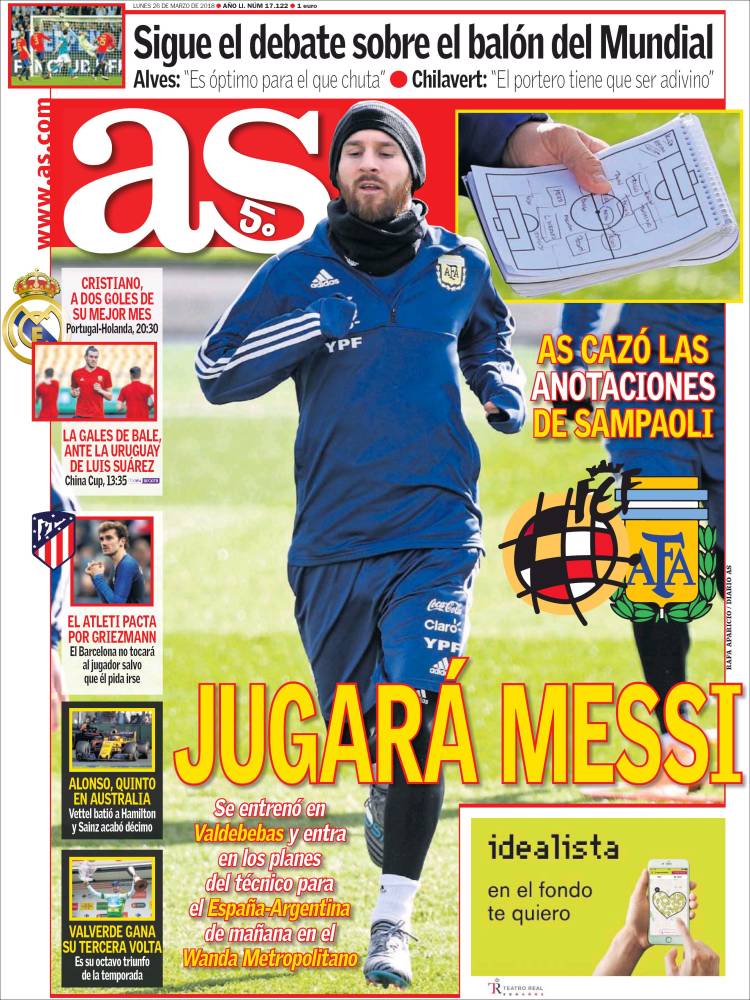 Debate over the World Cup 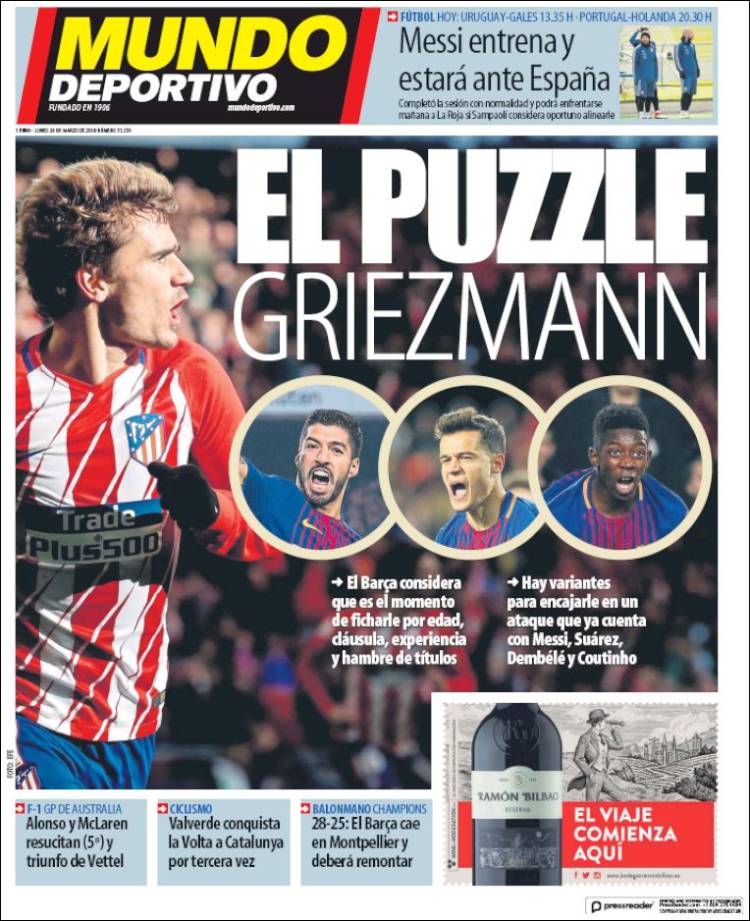 Barca consider his signing because of experience, clause and his hunger for titles, possible attacking variations

Messi trains and to start against Spain