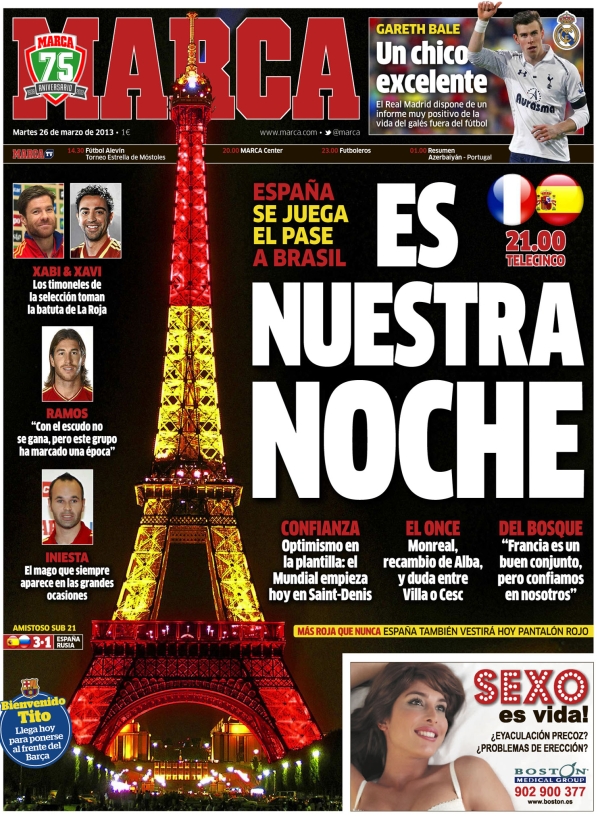 It is our night

Spain play for qualification to Brazil

The talismen of La Roja take the baton

Ramos: "With tepidness we will not win, but, this group of players has marked an era"

Iniesta, the magician that always appears on the greatest occasions

Confidence: Optimism in the team, the world cup will start today at Saint-Denis

The eleven:, Monreal in for Alba, doubts between Villa and Cesc

Del Bosque: " France is a great team, but, we are confident in ourselves" 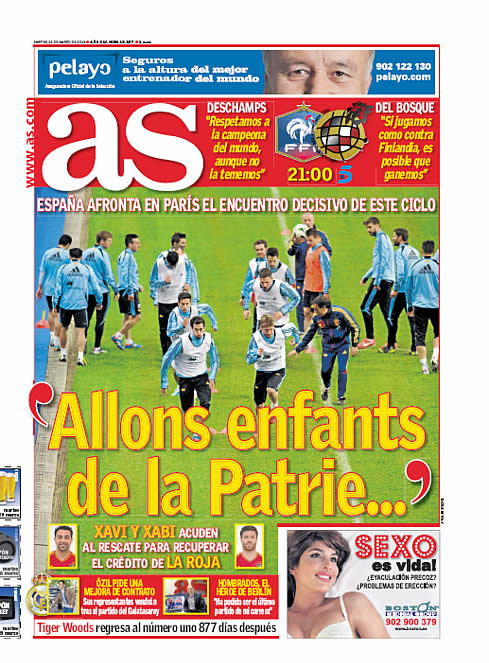 "All for the father"

Spain play in Paris in a most decisive meeting

Deschamps: "We respect the champions of the world"

Del Bosque: "If we play like we did against Finland, it is possible we will win"

Ozil asks for an improvement of his contract

His representatives to come after the game with Galatasaray

Hombrados, the hero of Berlin: "It has been able to be the last game of my career" 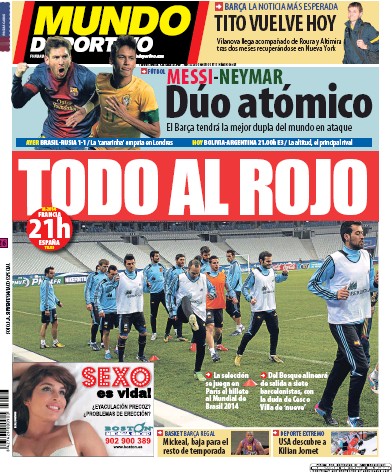 All for La Roja

Del Bosque to go with seven Barca playes, with a doubt between Cesc and Villa as to who will play as the number 'nine'

Messi and Neymar, an atomic duo

Barca will have the best duo in the world

Real Madrid, Mourinho edges ever close to the Premier League

Basketball, Mickael is out for the rest of the season