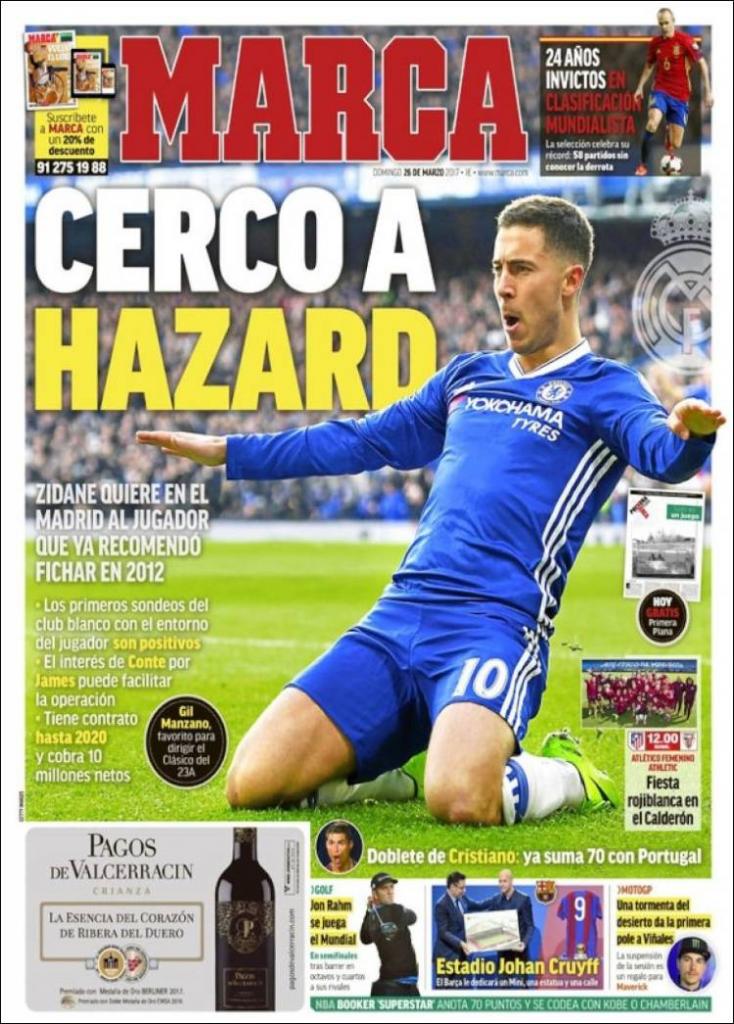 Conte’s interest in James may push the deal

Gil Manzano, favourite to officiate the Clasico of April 23

Brace for Cristiano: he now has 70 goals for Portugal

The national team celebrate their record: 58 matches without defeat

Barca will dedicate to him their Mini [stadium], a statue and a street 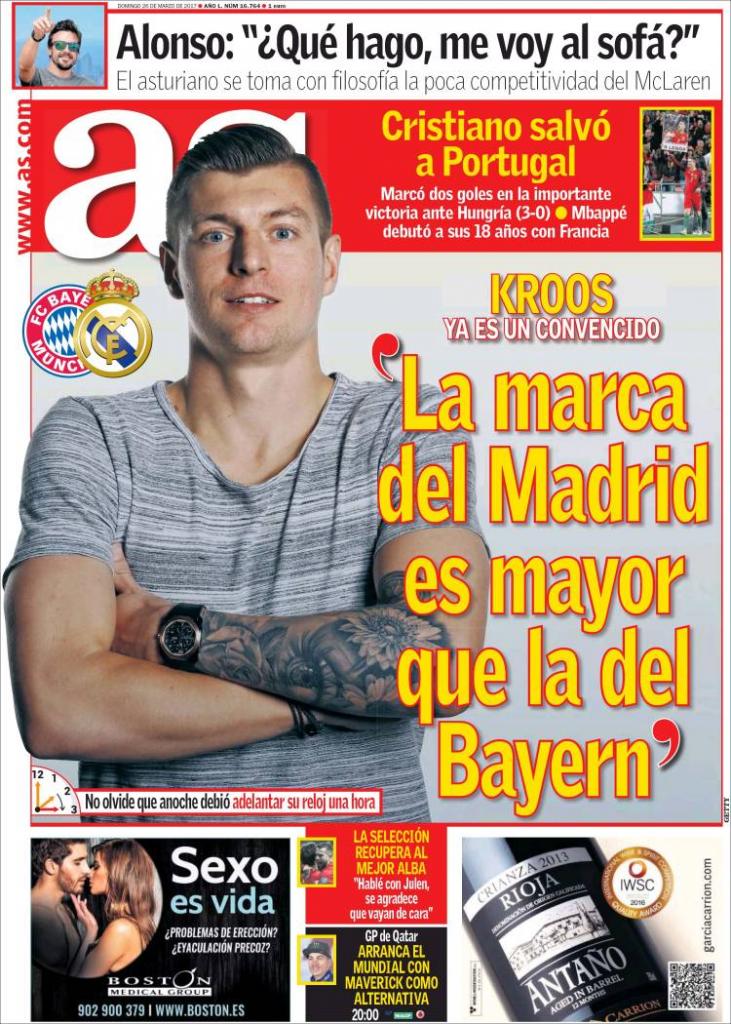 “Madrid’s brand is bigger than that of Bayern”

Scored two goals in an important victory over Hungary (3-0)

Mbappe debuted for France at 18

“I talked to Julen, the fact that he deals with you face to face is appreciated” 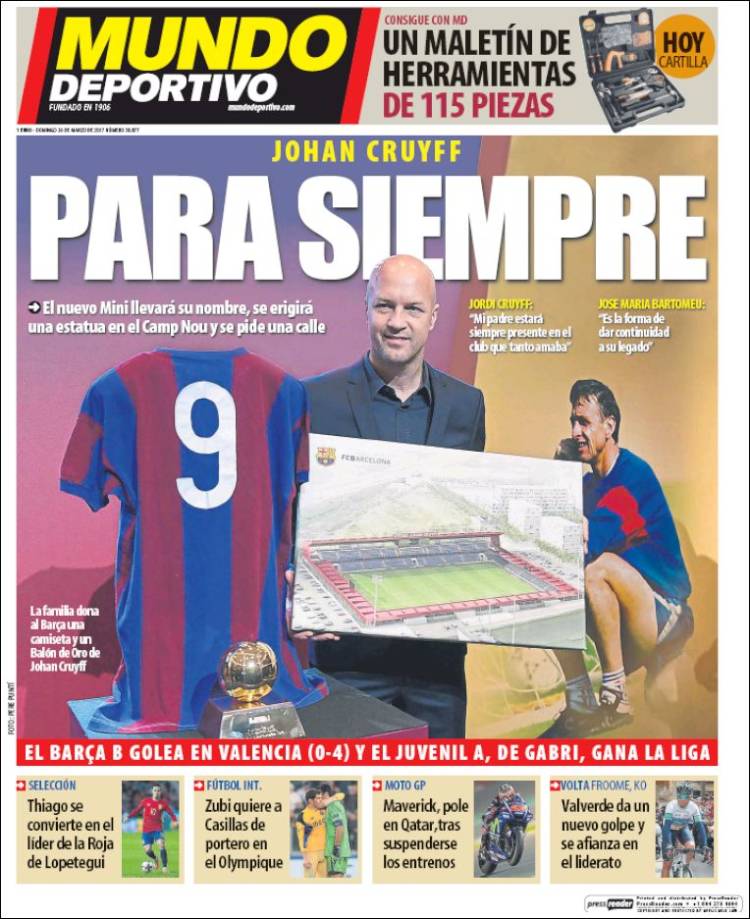 The new Mini will bear his name, a statue will be erected at Camp Nou and a street name has been requested

Jordi Cruyff: “My father will always be present at the club he loved so much”

Josep Maria Bartomeu: “This is the way to give continuity to his legacy”

Barca B put on a goal show at Valencia (0-4) and Juvenil A, managed by Gabri, win their League