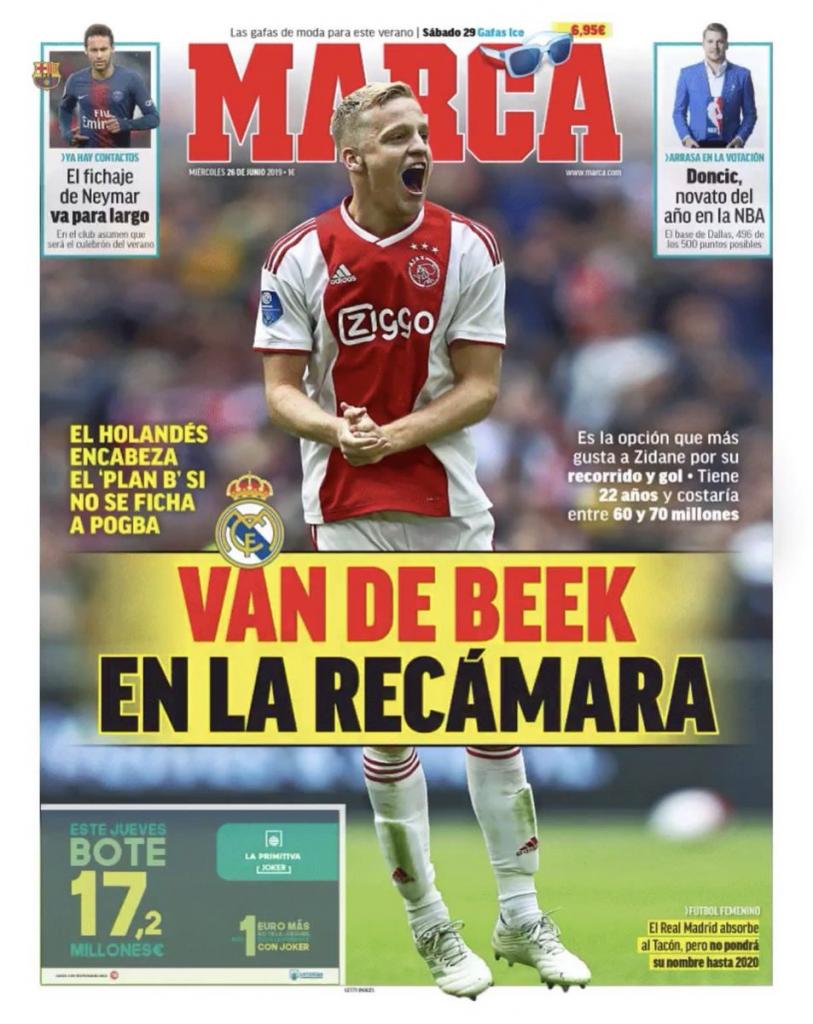 Van de Beek, in the bedroom

The signing of Neymar goes long 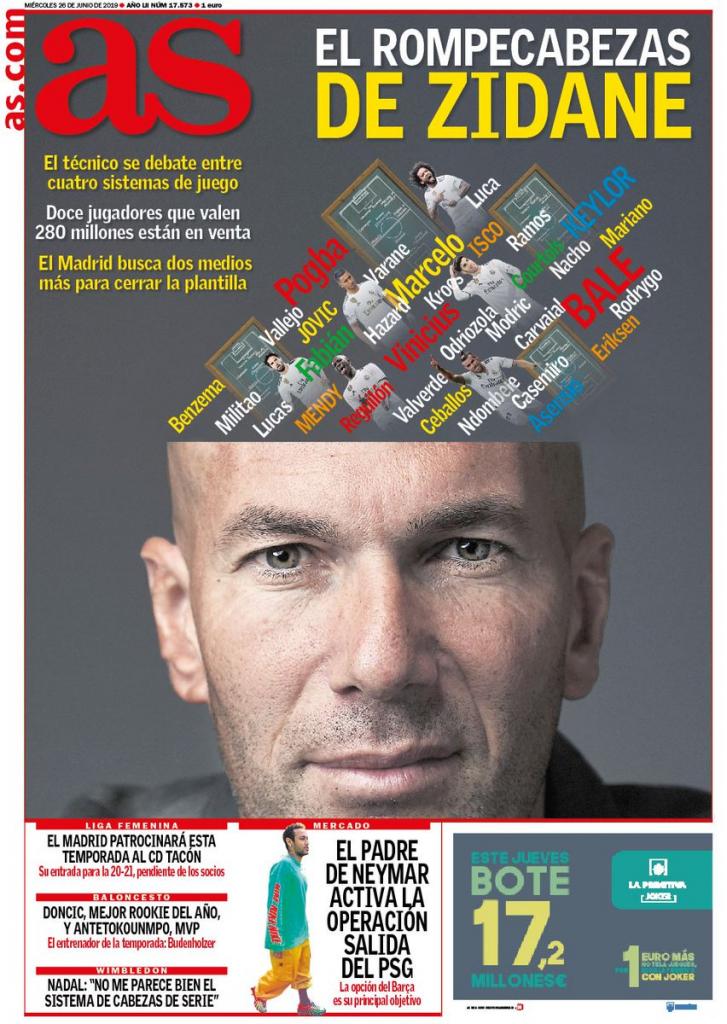 The puzzles for Zidane

Debates between four systems of playing, 12 players with a 280m value for sale, they look for two more midfielders to close the team 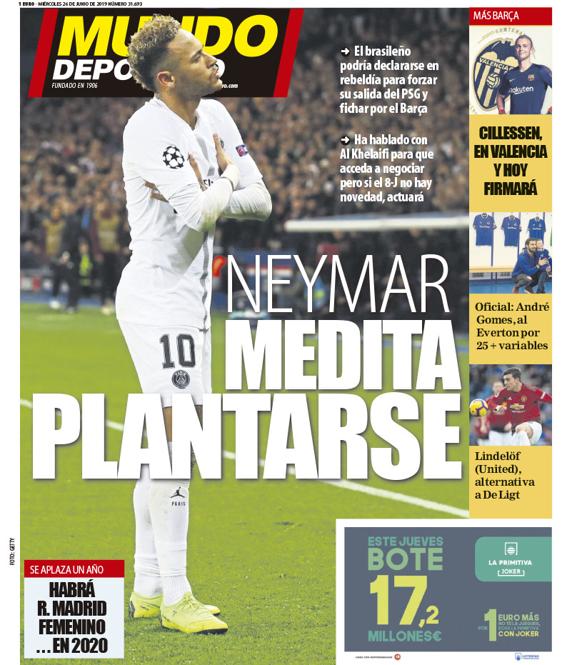 Neymar thinks of walking out

He could rebel to force move from PSG to Barcelona, he has spoken with PSG owner to accelerate the move and has set an 8 July deadline

Cillessen, has signed for Valencia

Lindelof, an alternative to De Ligt