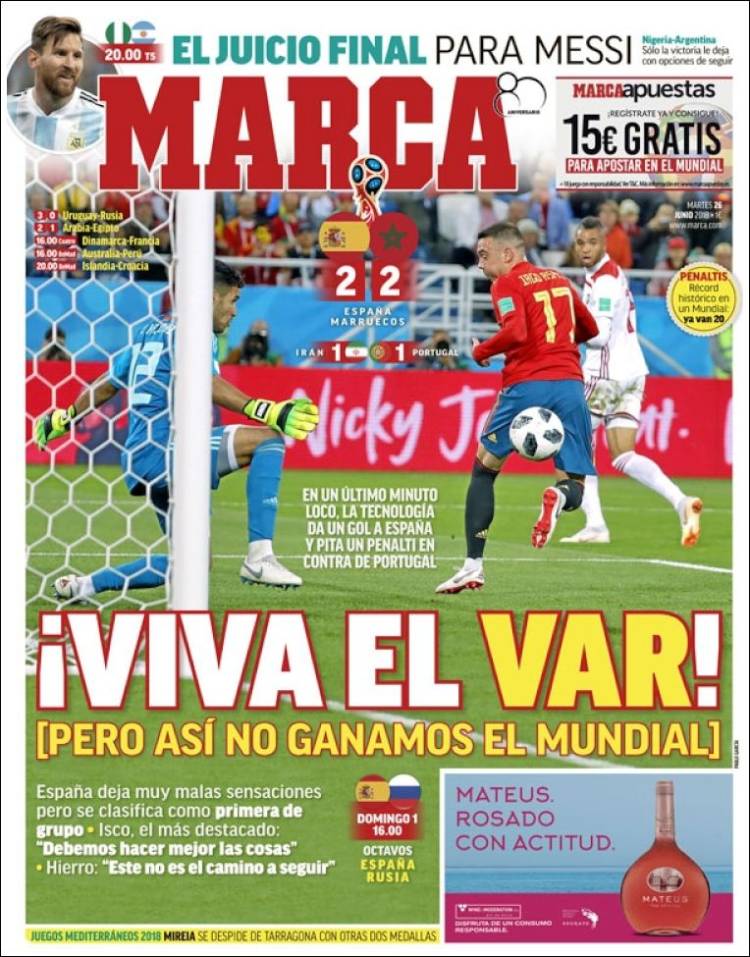 But like this we will not win the World Cup

In a crazy final minute, Spain score a goal thanks to VAR while Iran score VAR penalty against Portugal

Spain give very bad sensations but top the group, Isco: We should have done things better, Hierro: This is not the path to follow

The final trial of Messi 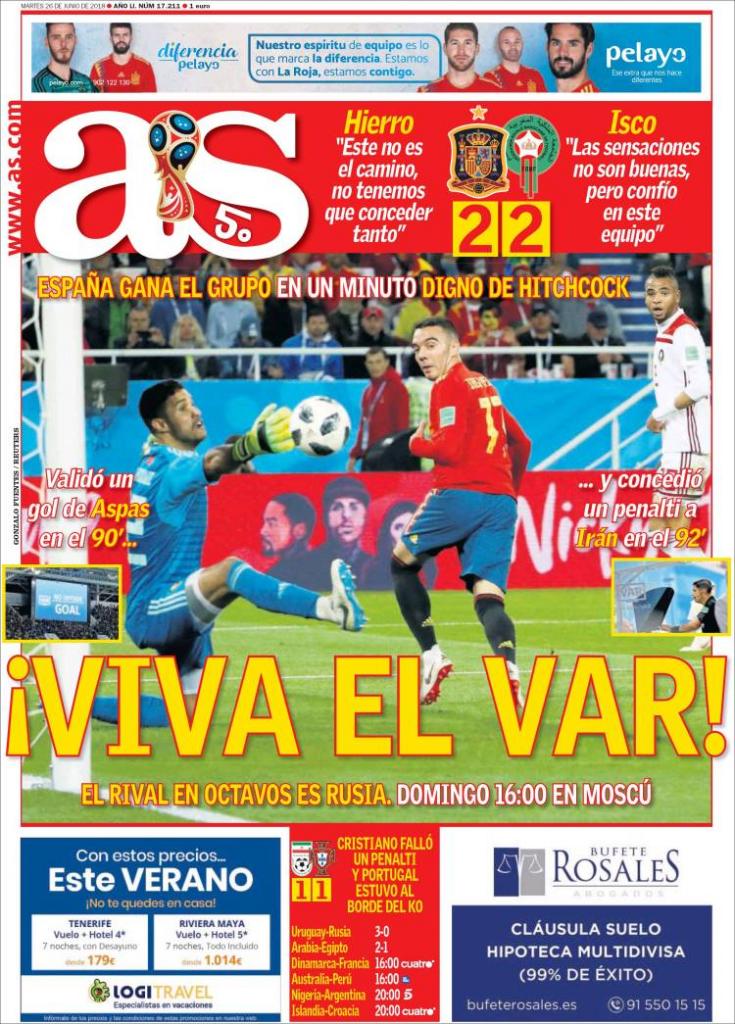 Aspas goal in the 90th minute...Iran penalty in the 92nd minute

Hierro: We cannot continue like this, we cannot give away that much

Isco: The feelings aren't that good, but we are confident in this team 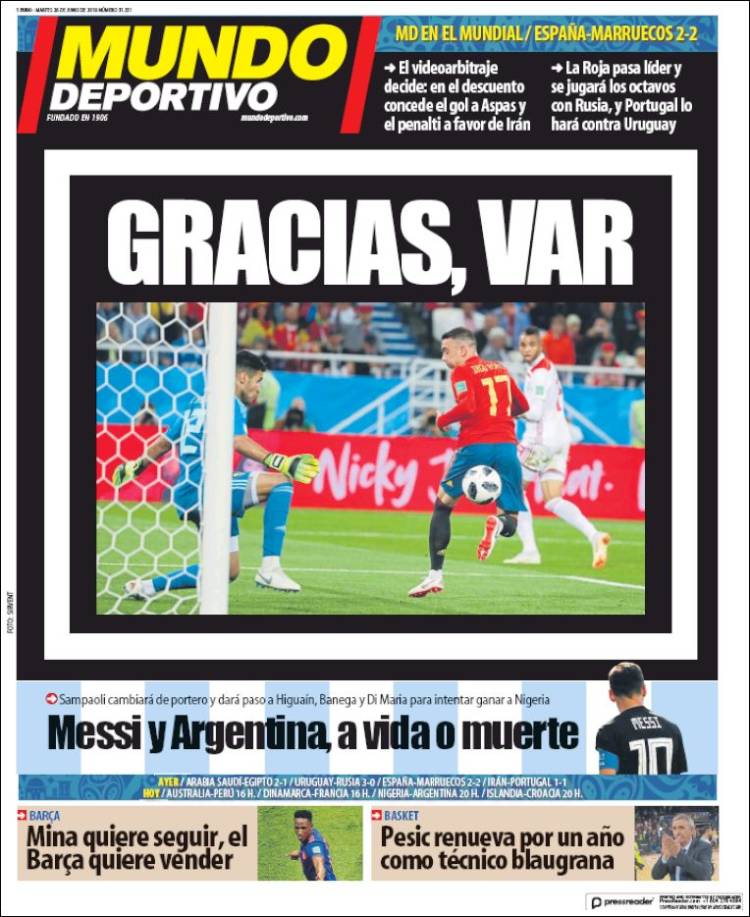 Videotechnology decides an Aspas goal and an Iran penalty, Spain win the group and will play Russia while Portugal to face Uruguay

Messi and Argentina, life or death