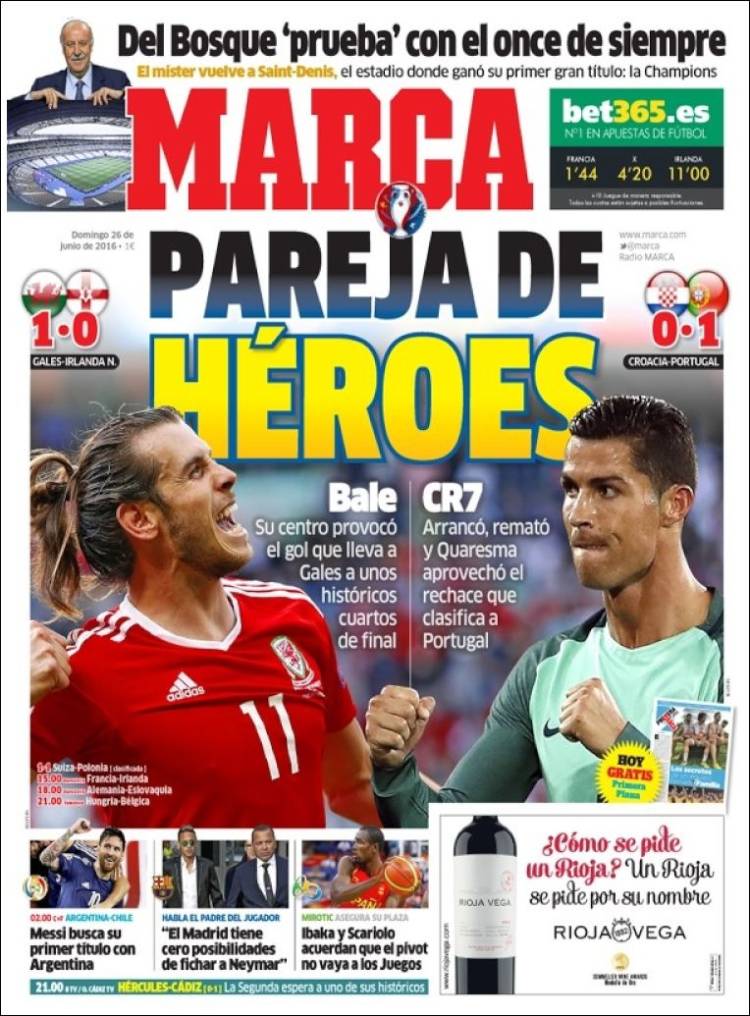 Bale, his cross led to the goal that sent Wales to an historic quarter-final

Cristiano, started and finished as Quaresma took advantage of his rebound that qualified Portugal

The Coach returns to Saint-Denis, the stadium where he won his first major trophy: the Champions League

La Segunda awaits the return of one of its historical teams 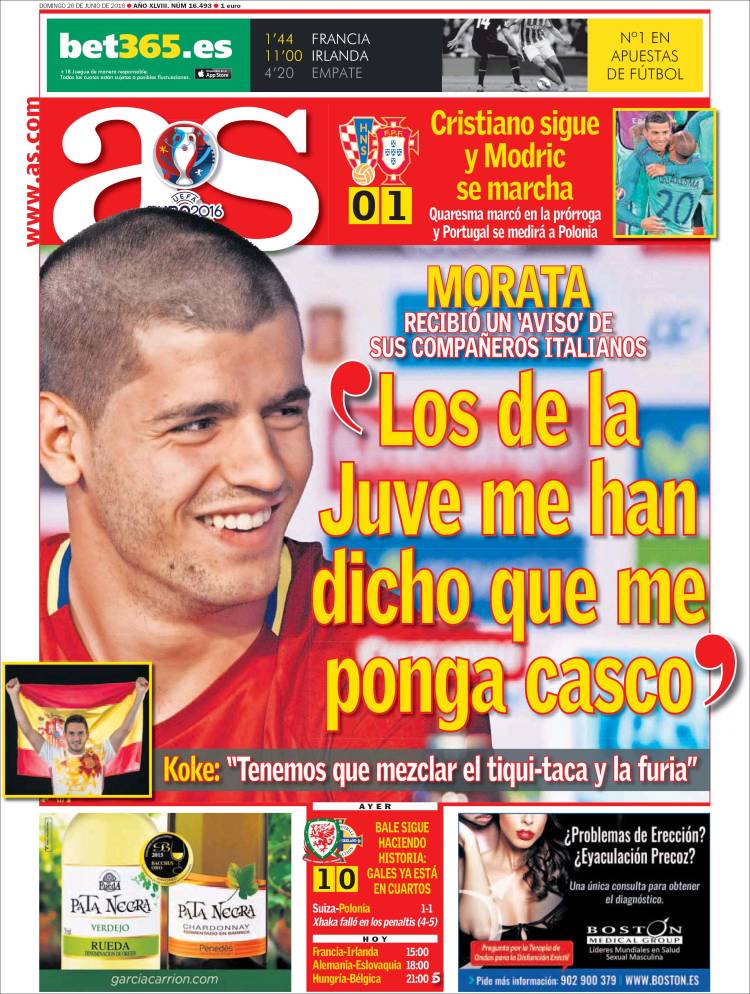 “Juve have told me to put my helmet on”

Morata receives a ‘warning’ from his Italian peers

Koke: “We have to mix ‘tiki-taka’ with fury”

Quaresma scored in extra time as Portugal will face Poland

Bale continues to make history: Wales already in the quarters 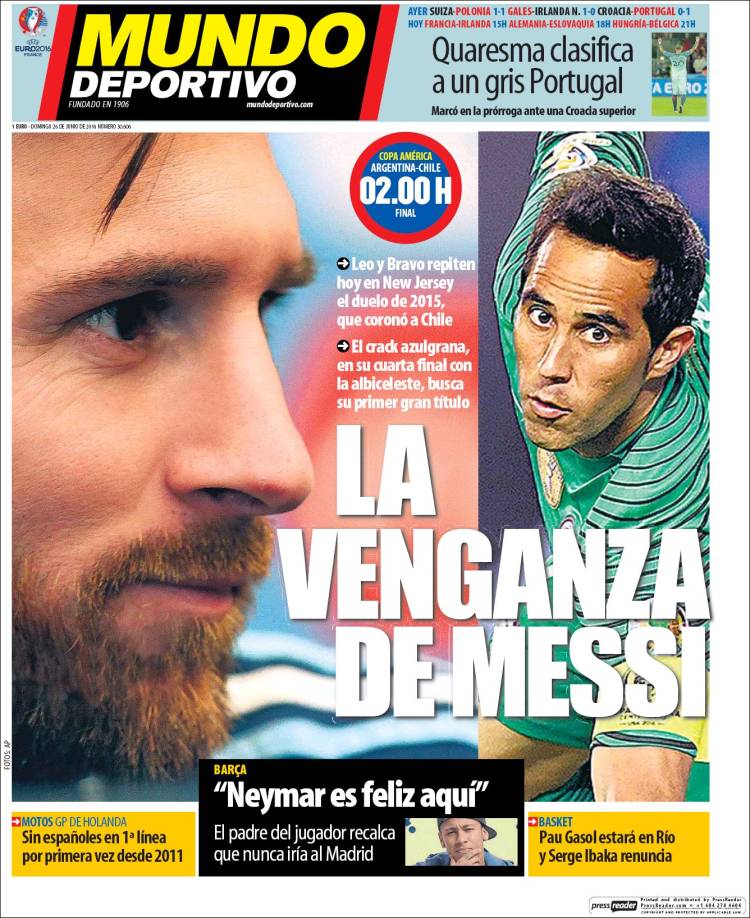 Leo and Bravo will today repeat in New Jersey their 2015 duel, which Chile won

Quaresma sends a grey Portugal through

He scored in extra time against a superior Croatia

The player’s father stresses he would never go to Madrid