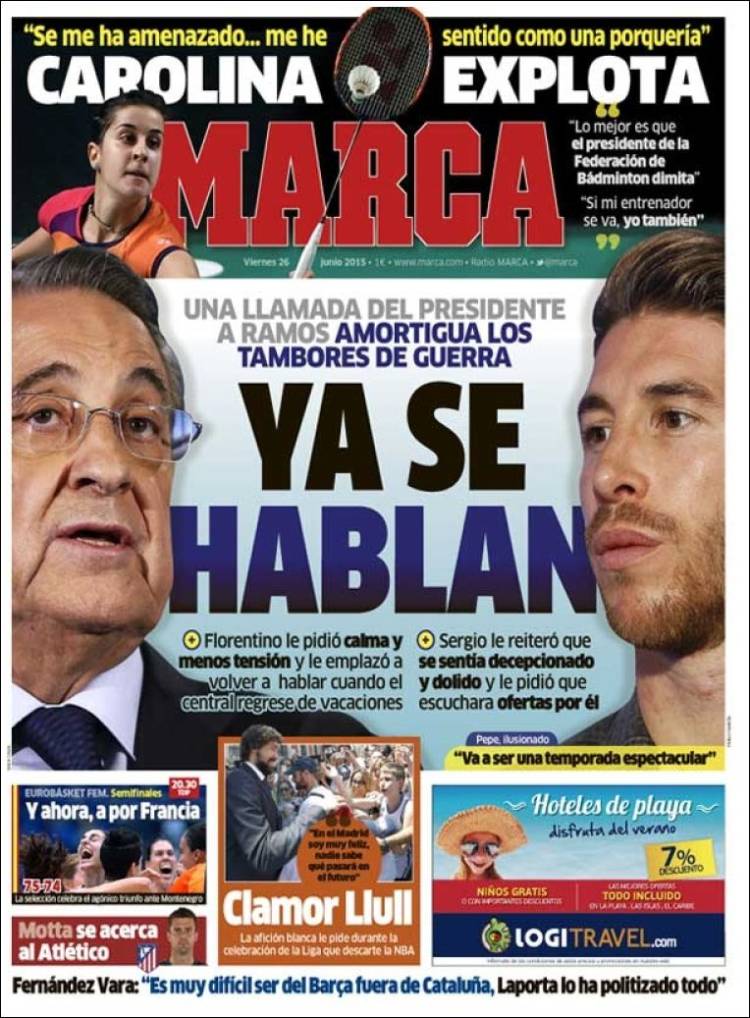 A call from President to Ramos quietens the war drums

Pepe is excited: “It will be a spectacular season”

Fernandez Vara: "It’s very difficult to be a Barca fan outside Catalonia, Laporta has politicised everything” 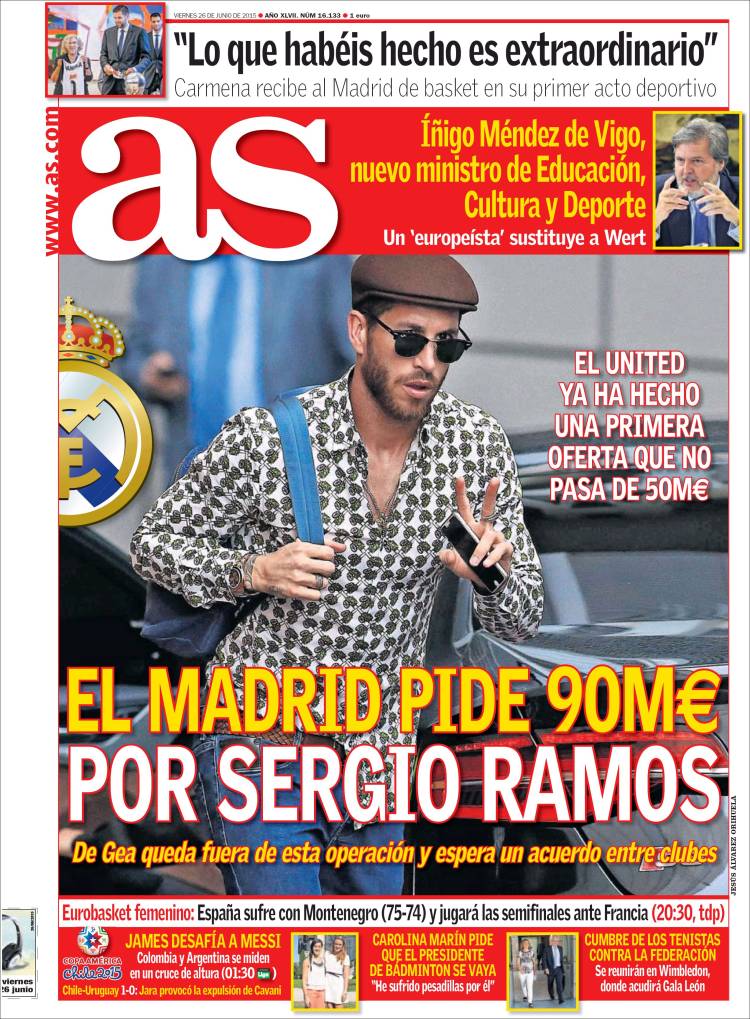 Colombia and Argentina at a crossroads 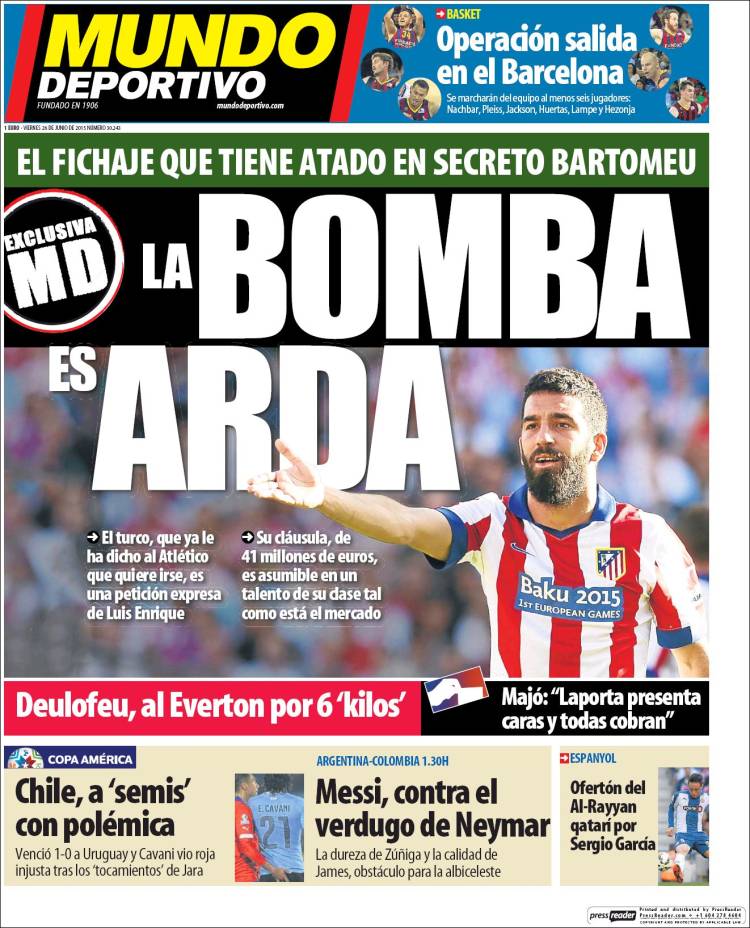 The signing has been secretly tied up by Bartomeu

The Turk, who has already said that he wants to leave Atletico, is an explicit request of Luis Enrique

Deulofeu to Everton for €6m

Majo: “Laporta shows his face and everyone moves”

Chile into semis with controversy

Zuniga’s toughness and James’ quality are obstacles to La Albiceleste

Espanyol, offer from Qatari side Al-Rayyan for Sergio Garcia