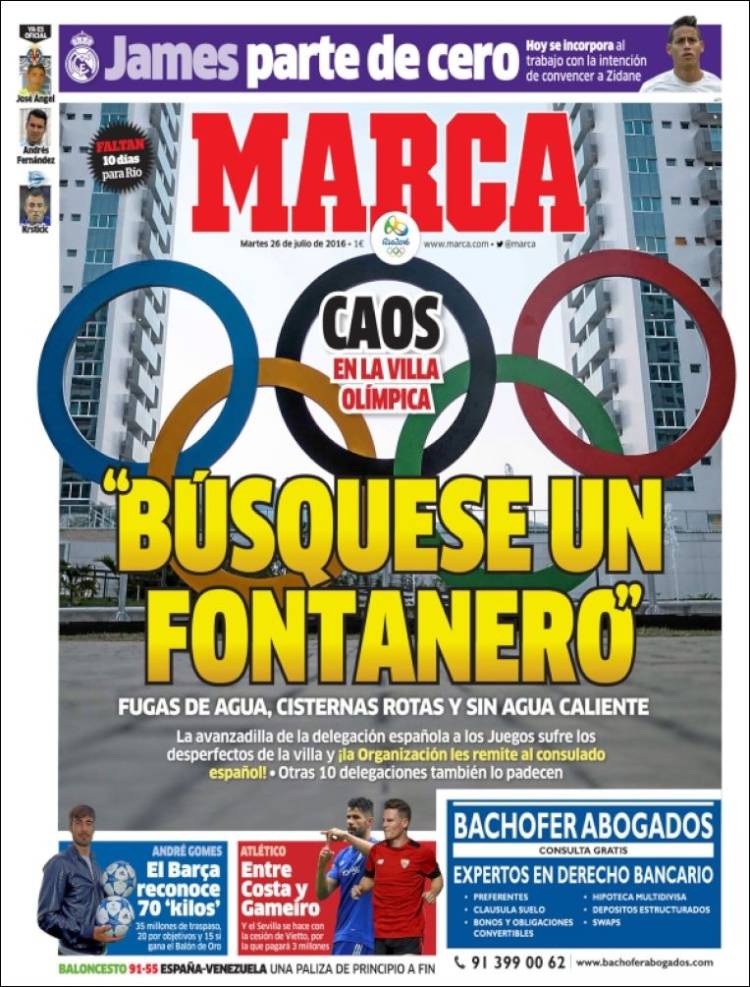 Today he joins training with the intention of convincing Zidane

Chaos in the Olympic Village

The advance Spanish delegation to the Games suffer the flaws of the villa and the Organising Committee refers them to the Spanish consulate!

Between Costa and Gameiro

And Sevilla has the loan for Vietto, for which they will pay €3m 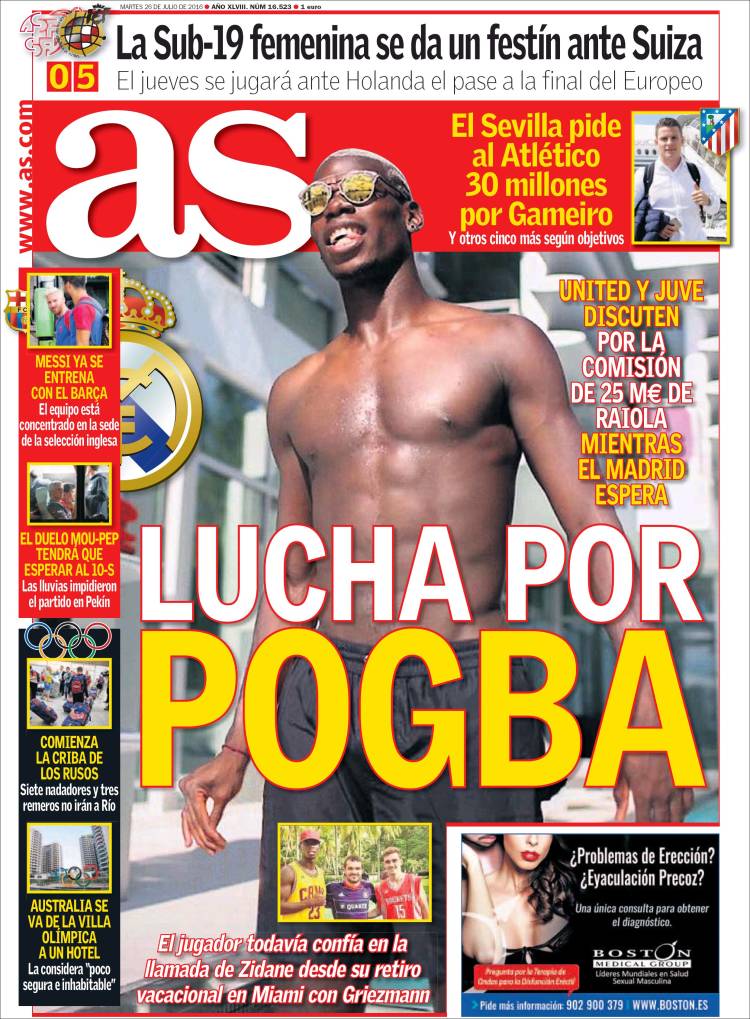 The Under-19 women have a feast against Switzerland

And five more in bonuses

The Mou-Pep duel will have to wait to September 10

The rain prevents the game in Beijing 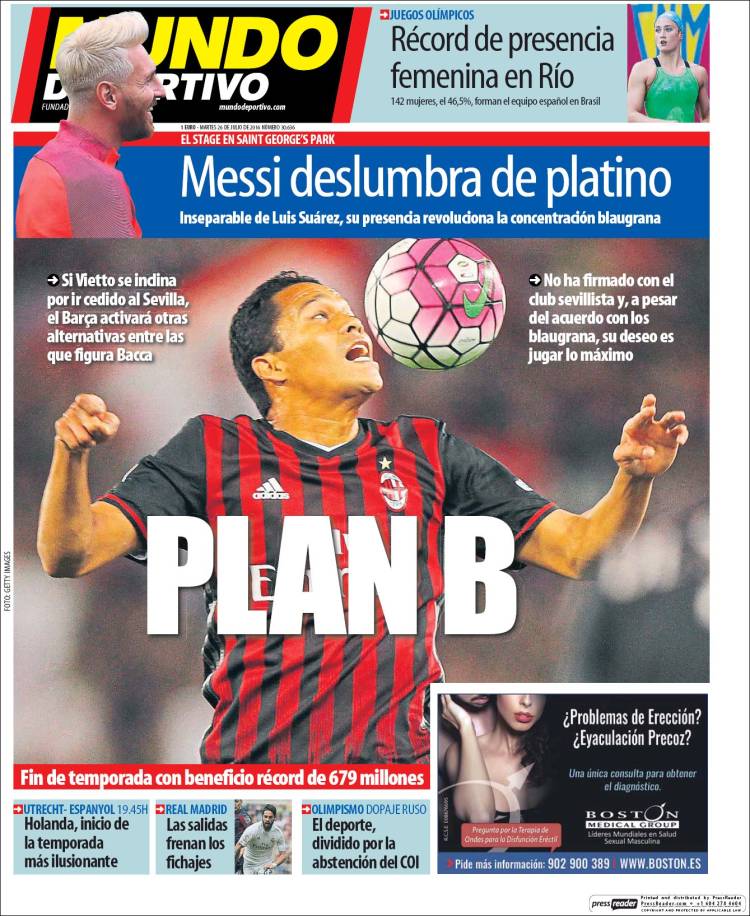 If Vietto goes on loan to Sevilla, Barca will activate other alternatives such as Bacca

He hasn’t signed with the Seville club and, despite the agreement with the Blaugrana, his desire is to play as much as possible

The season ends with a record profit of €679m

The Netherlands, start of the season with the most excitement

The exits holding back the signings