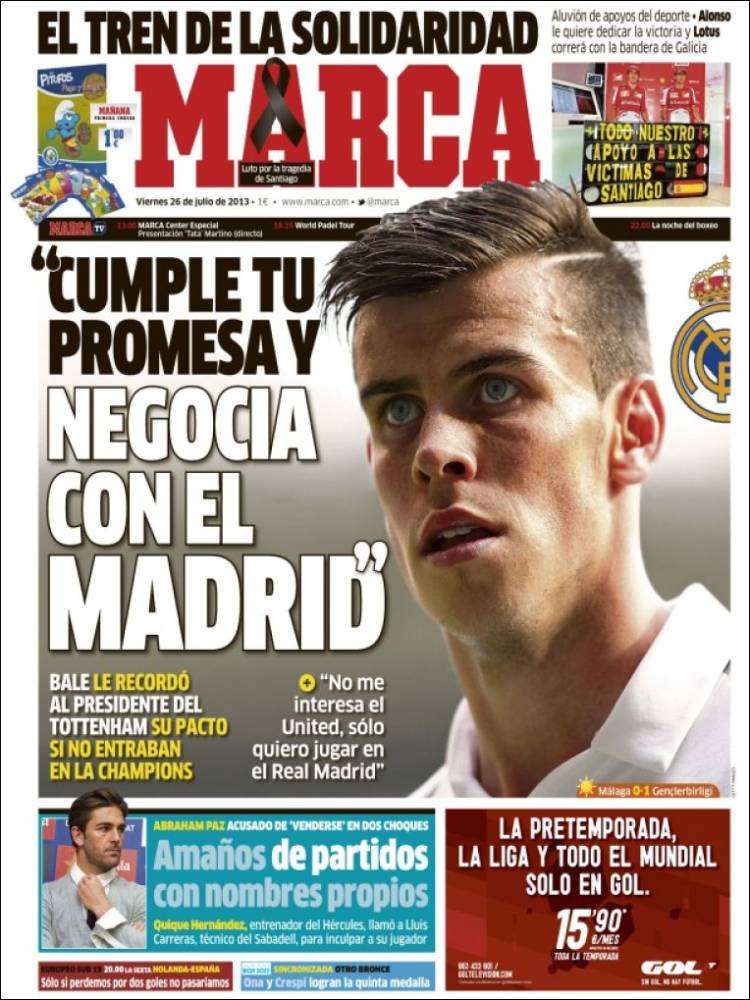 "Complete your promise and negotiate with Madrid," Bale

"United do not interest me, I only want to play for Real Madrid"

Abraham Paz, accused of accepting a bribe on two occasions

European Under 19 Championship, Holland v Spain: We will only not progress if we lose by two goals

Ona and Crespi get a fifth medal

Solidarity for train accident: A flood of support coming from all quarters 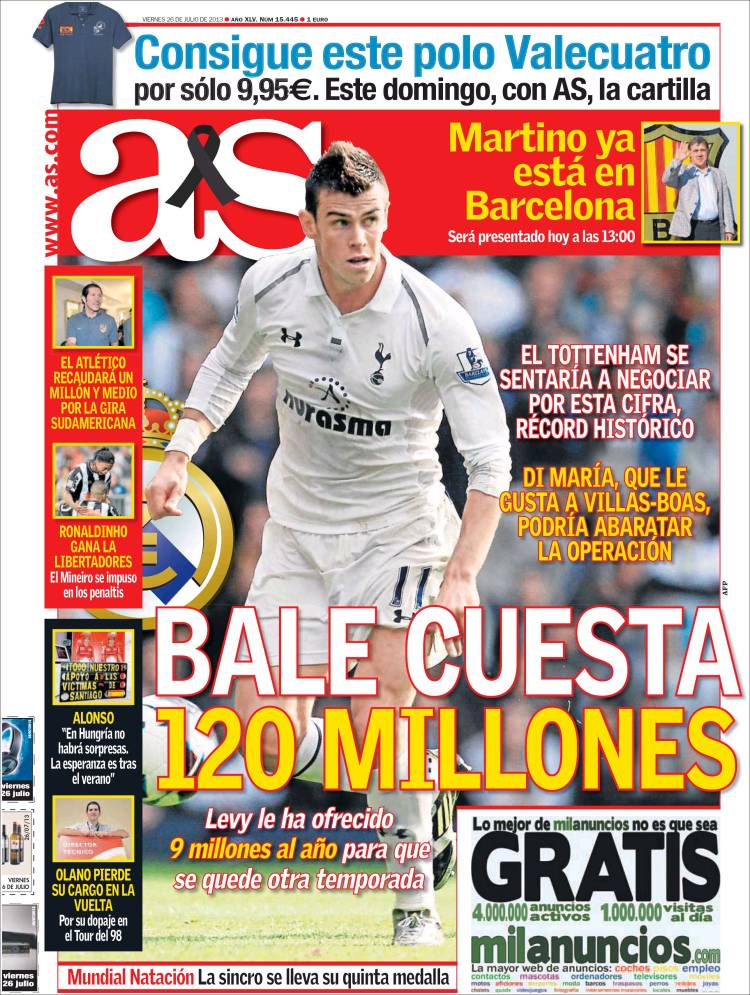 Di Maria, who Villas-Boas likes, could become part of the operation

Martino is in Barcelona: He will be presented today

Mineiro win it on penalties

Alonso: "In Hungary there will be no surprises."

Olando loses his position on the return 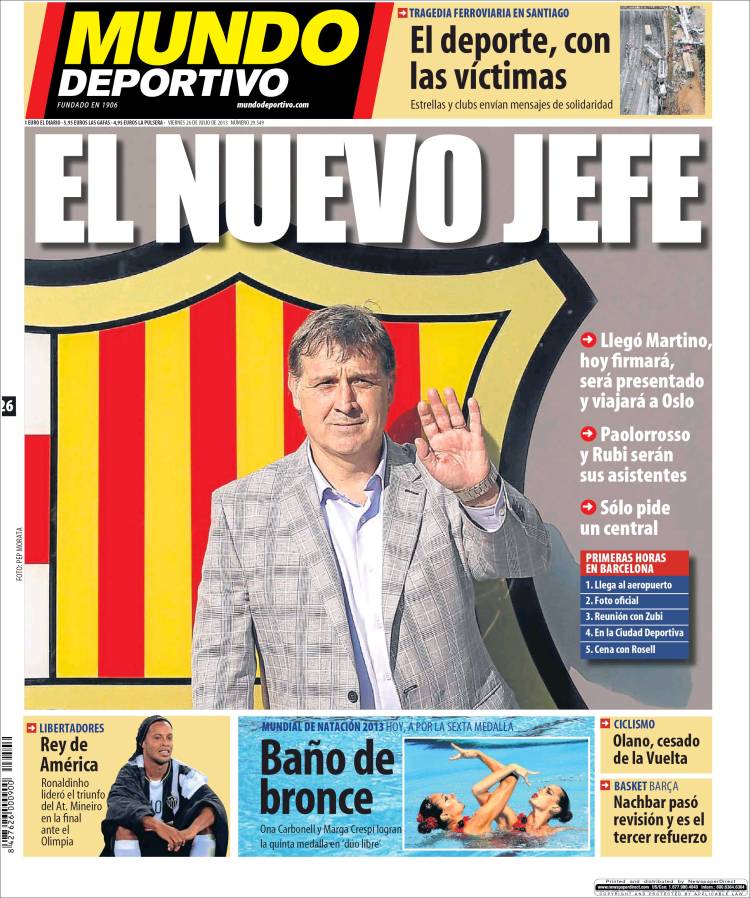 Paolorrosso and Rubi will be his assistants

He only wants a defender

1. Arrive at the airport

4. Go to the sporting club

Sport shows its solidarity with messages of support

Ronaldinho leads Atletico Mineiro to victory in the final against Olimpia

Ona Carbonell and Marga Crespi get a fifth medal

Cycling: Olano loses on the return

Basketball: Nachbar pases his medical and becomes the third addition