Today's front-page headlines from AS, Marca and Mundo Deportivo. 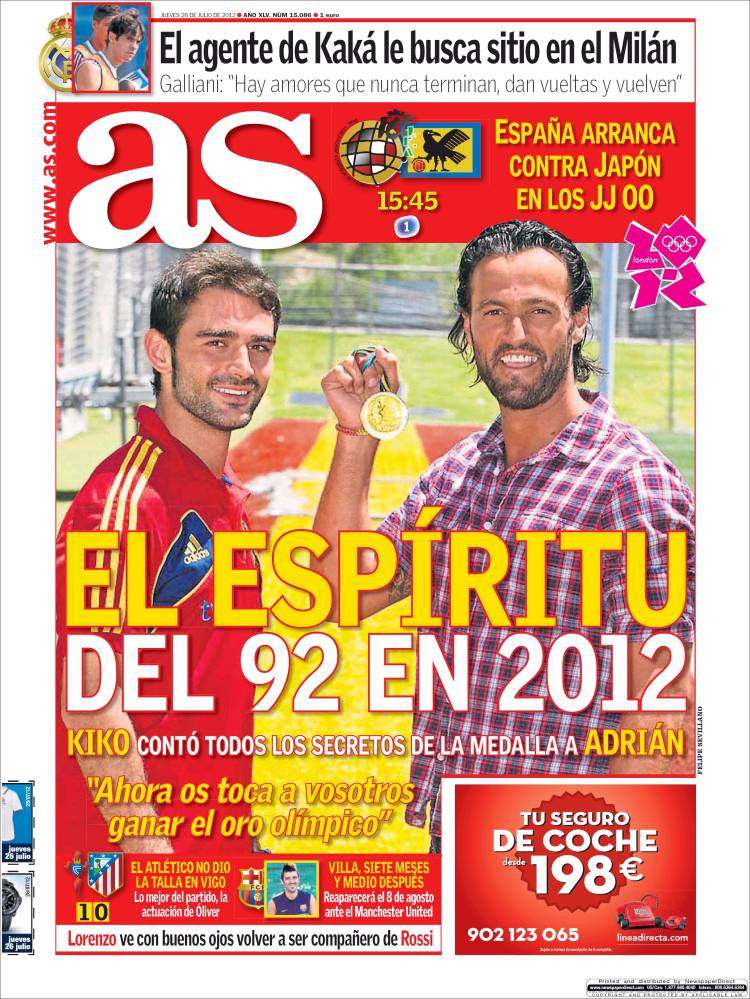 Kiko tells Adrian the secrets of the medal

"Now it's your turn to win Olympic Gold"

Kaka's agent looks for a place in Milan

Atletico do not measure up in Vigo: Oliver's performance the only good thing about the game

Villa seven-and-a-half months later: he will make his reappearance against Manchester United 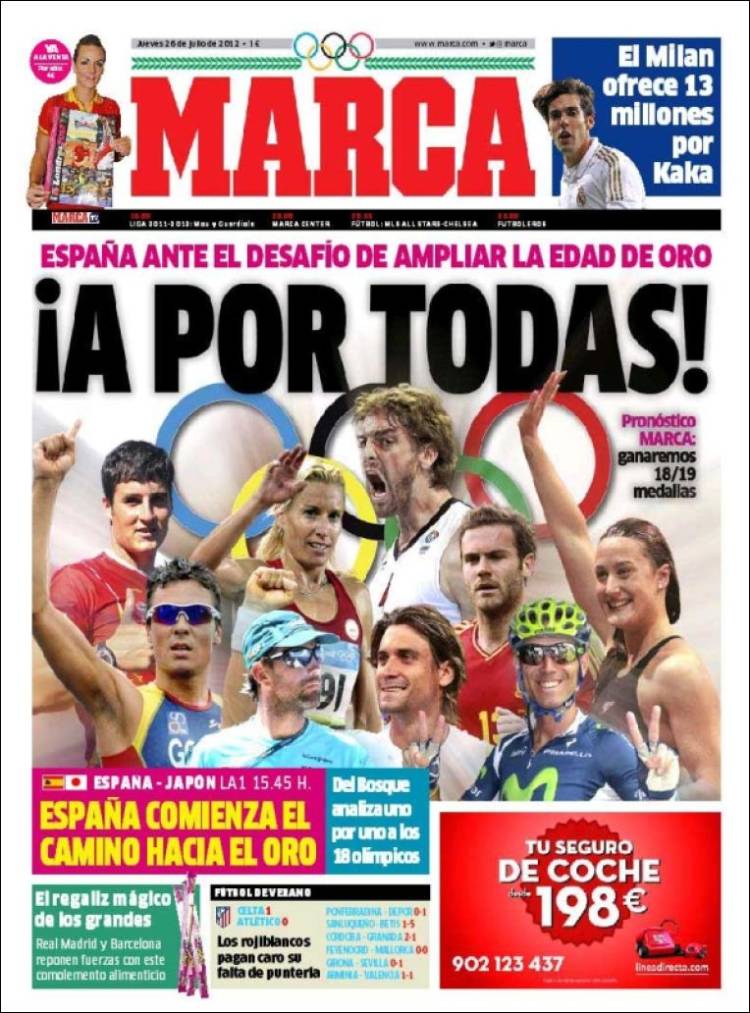 Spain set out on the road to gold

Los Rojiblancos pay dearly for their lack of a second striker 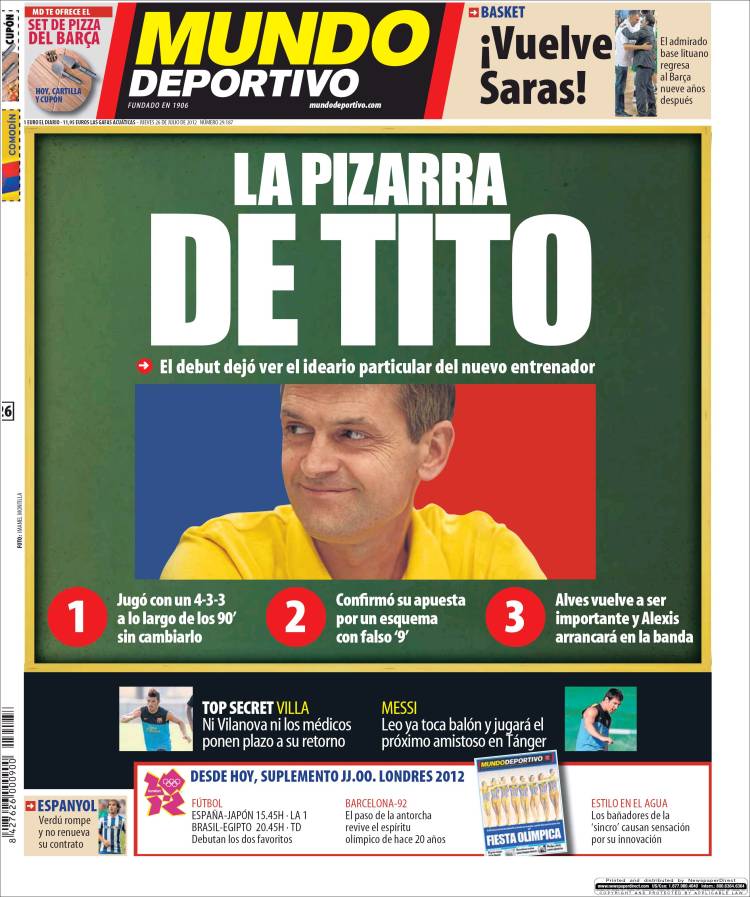 His debut shows the particular idealogy of the new boss

2. He confirms his preference for playing with a ´false nine`

3. Alves is important again and Alexis will start on the wing

Villa: neither the doctors nor the boss set a date for his return

Messi: Leo touches the ball and will play in the next friendly in Tangiers

Espanyol: Verdu breaks negotiations and will not renew his contract