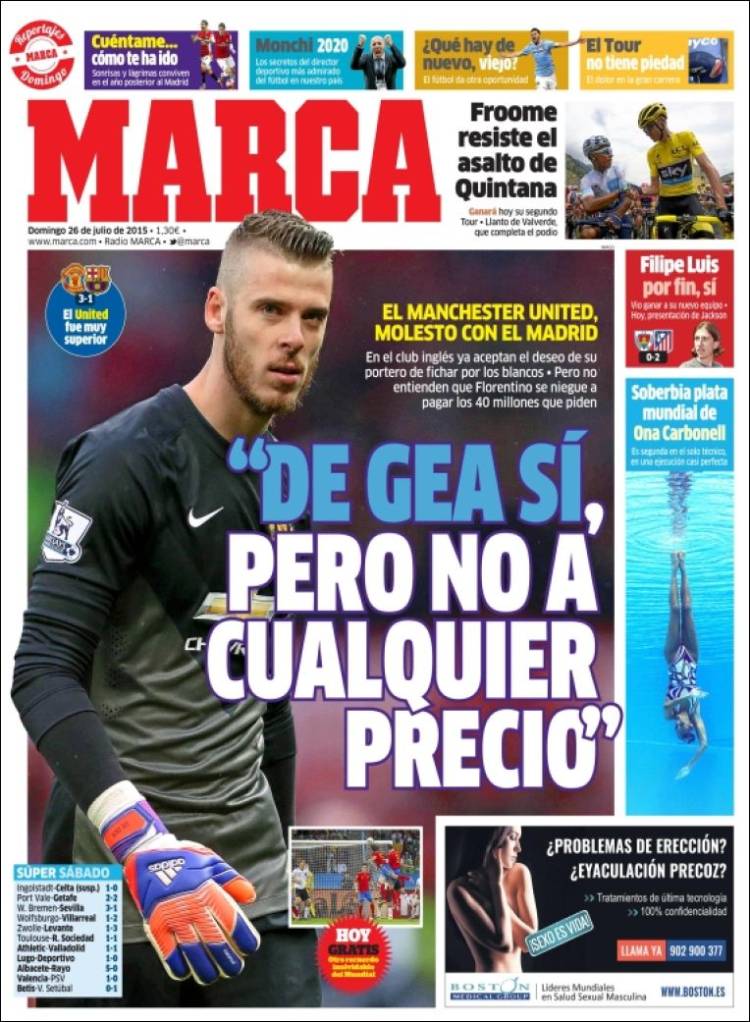 “De Gea yes, but not at any price”

He saw his new team win

Jackson will be presented today

The secrets of the most admired sporting director in our country 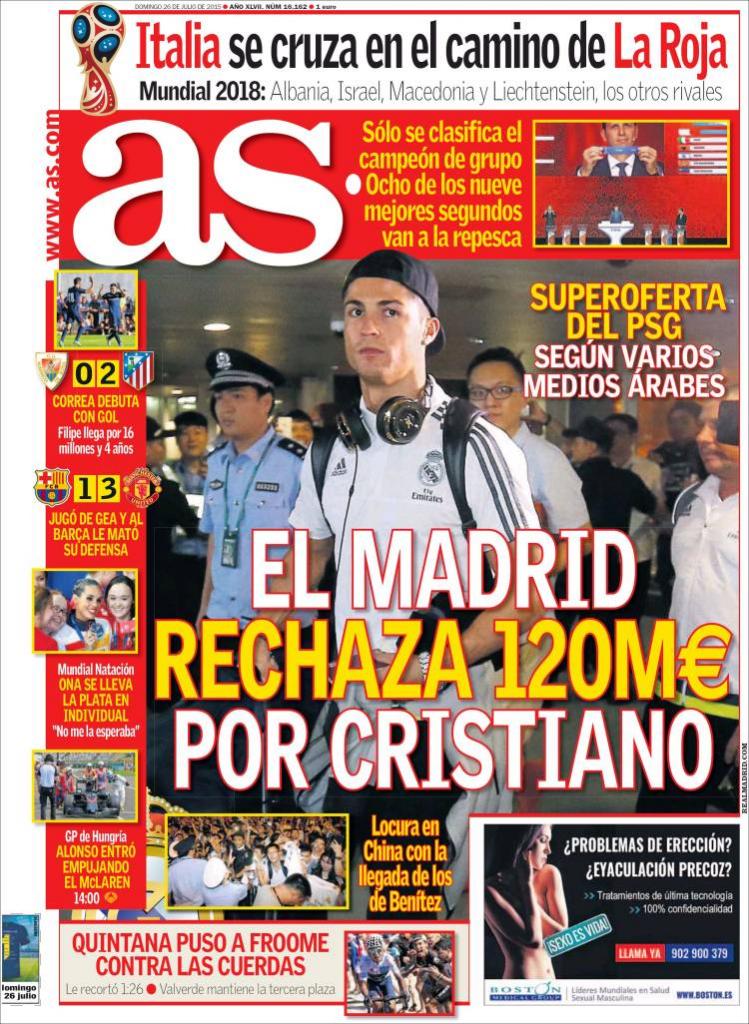 Madness in China with Benitez’s arrival

Italy in the way of La Roja

Only the group winner qualifies

Correa debuts with a goal 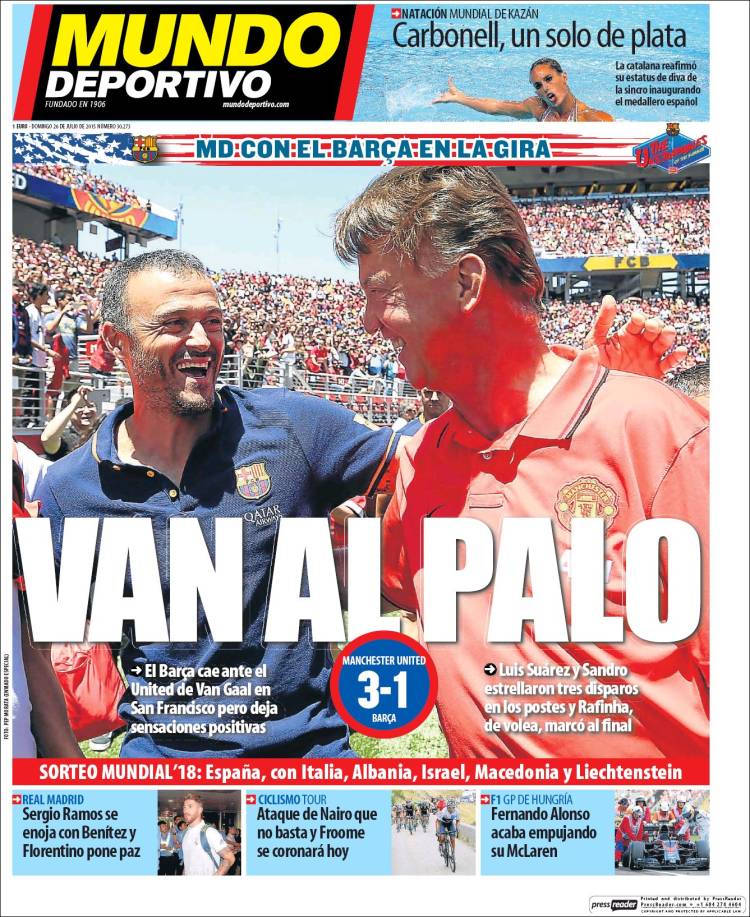 Luis Suarez and Sandro crashed the post three times, while Rafinha volleyed home towards the end

Real Madrid, Sergio Ramos gets angry with Benitez but makes peace with Florentino