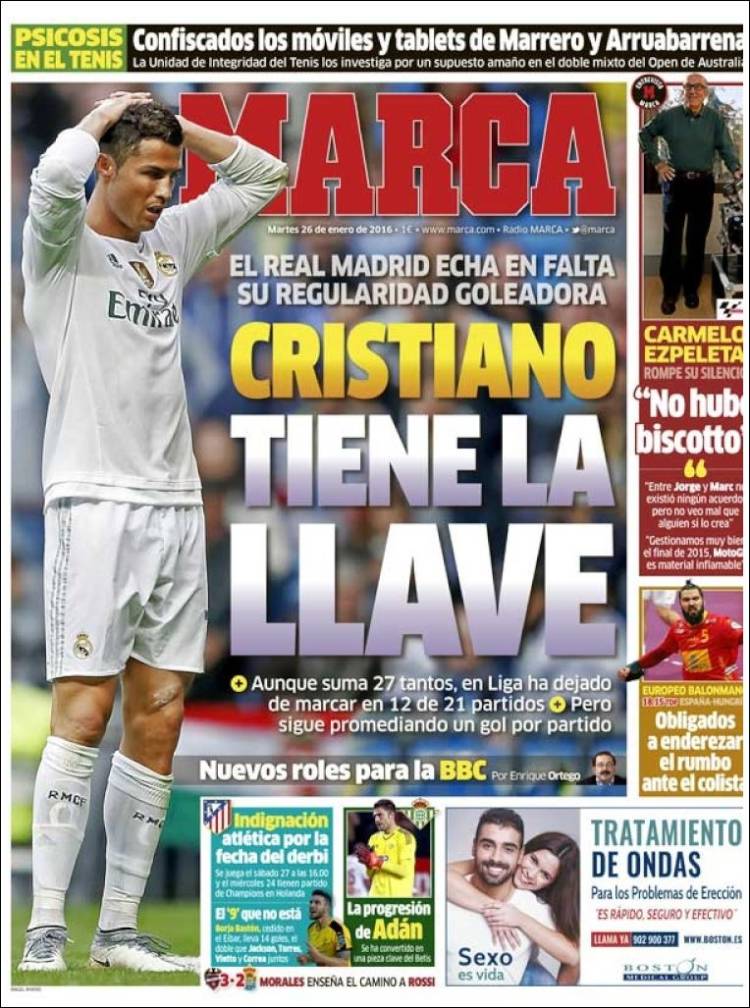 But he is still averaging a goal per game

New roles for the BBC

Atletico indignation for the derby date

Borja Baston, on loan at Eibar, has 14 goals, double Jackson, Torres, Vietto and Correa together

The progression of Adan

Morales teaches the way to Rossi 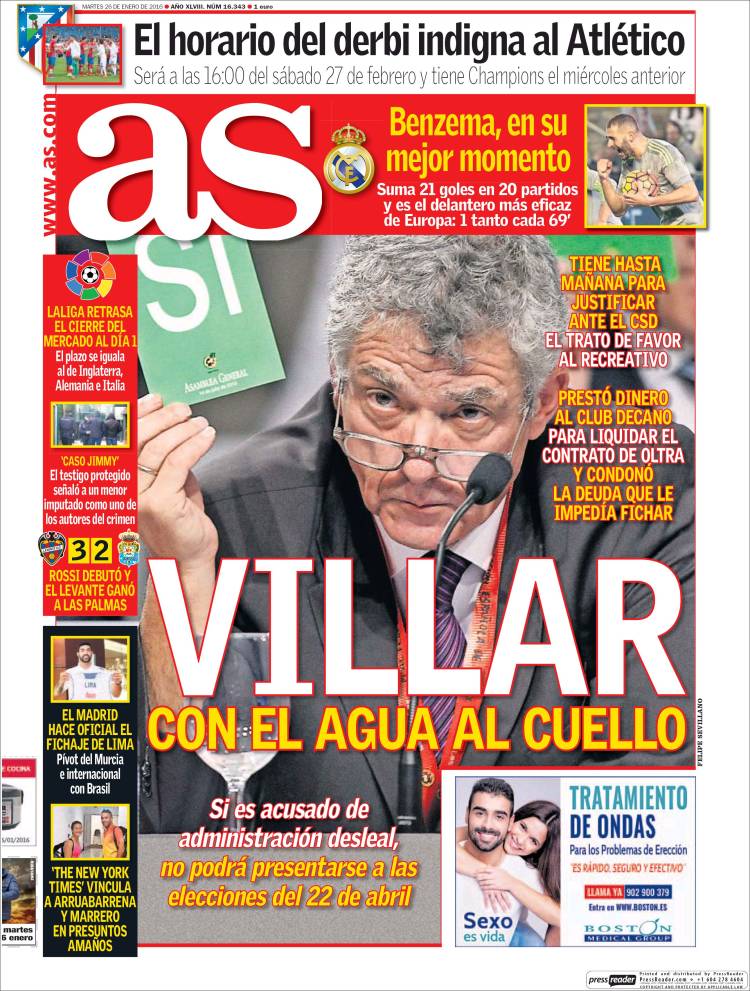 It will be 16:00 on Saturday, February 27 and they have the Champions League the Wednesday before

Benzema, in his best form

Totals 21 goals in 20 games and is the most effective forward in Europe: 1 goal every 69 minutes

Up to his neck in water

And forgave the debt which prevented signings

If he is accused of unfair administration, he can’t submit for the elections of April 22

La Liga delays the close of the market until [February] 1

The window is equal to England, Germany and Italy 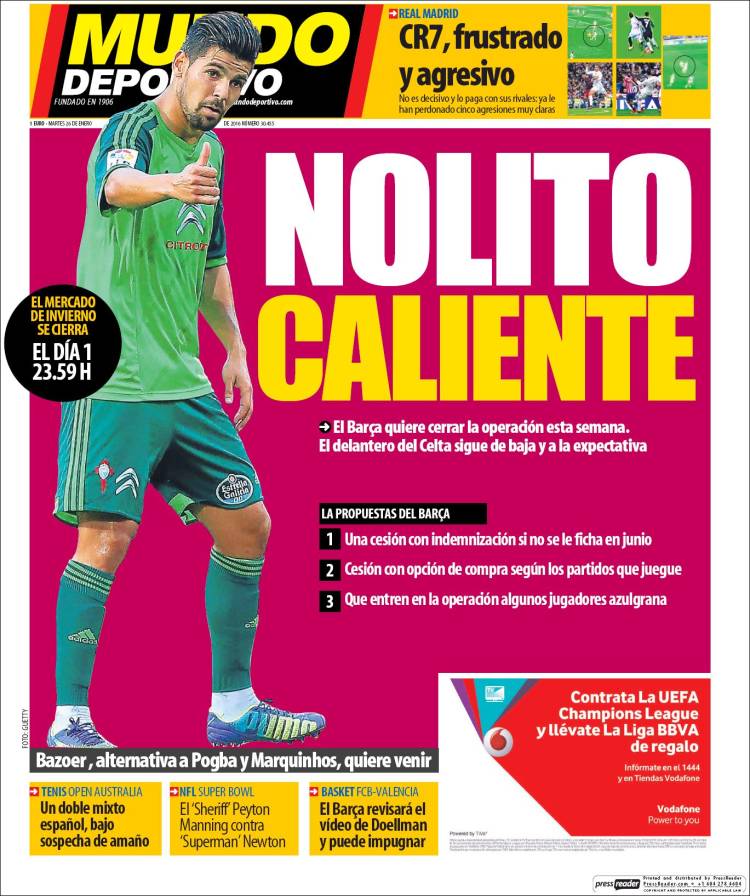 He isn’t decisive and his opponents pay for it: five clear aggressions already excused

Barca want to close the operation this week. The Celta striker remains out and expectant

The proposals of Barca

1. A loan with compensation if he isn’t signed in June

2. Loan with the option to buy according to games played

3. Enter some Azulgrana players into the operation

Bazoer, alternative to Pogba and Marquinhos, wants to come