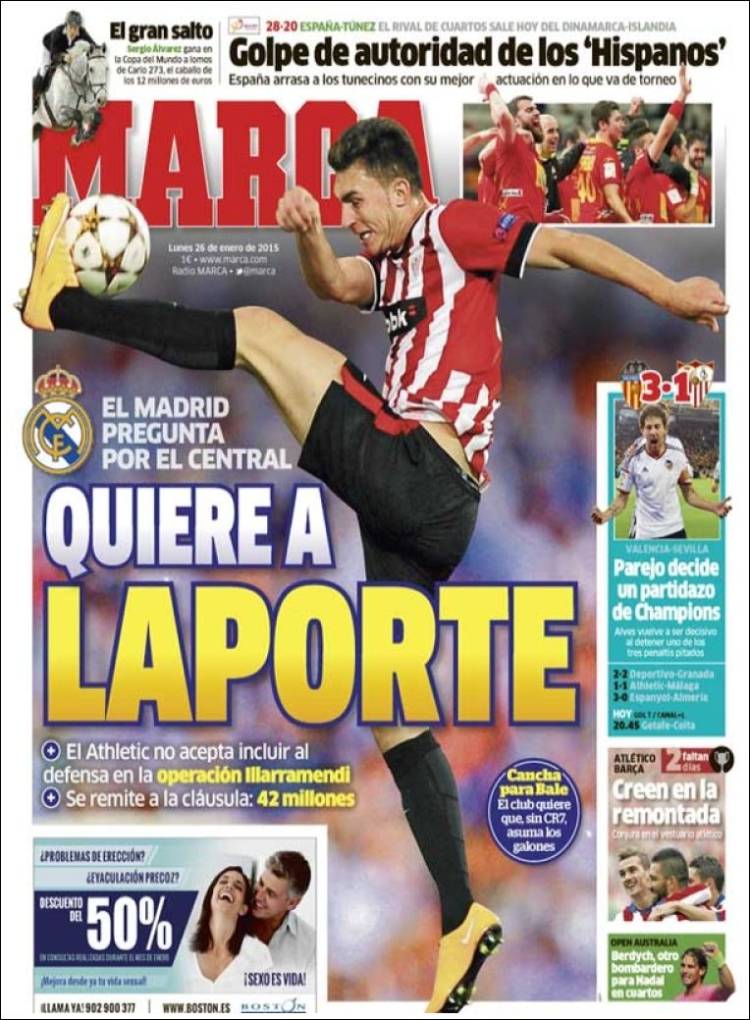 Madrid ask about the central defender

Athletic would not accept including the defender in the ‘Illarramendi operation’

They refer to his buyout clause: €42m

Make room for Bale: the club want him, in CR7’s absence, to assume the mantle

They believe in the comeback 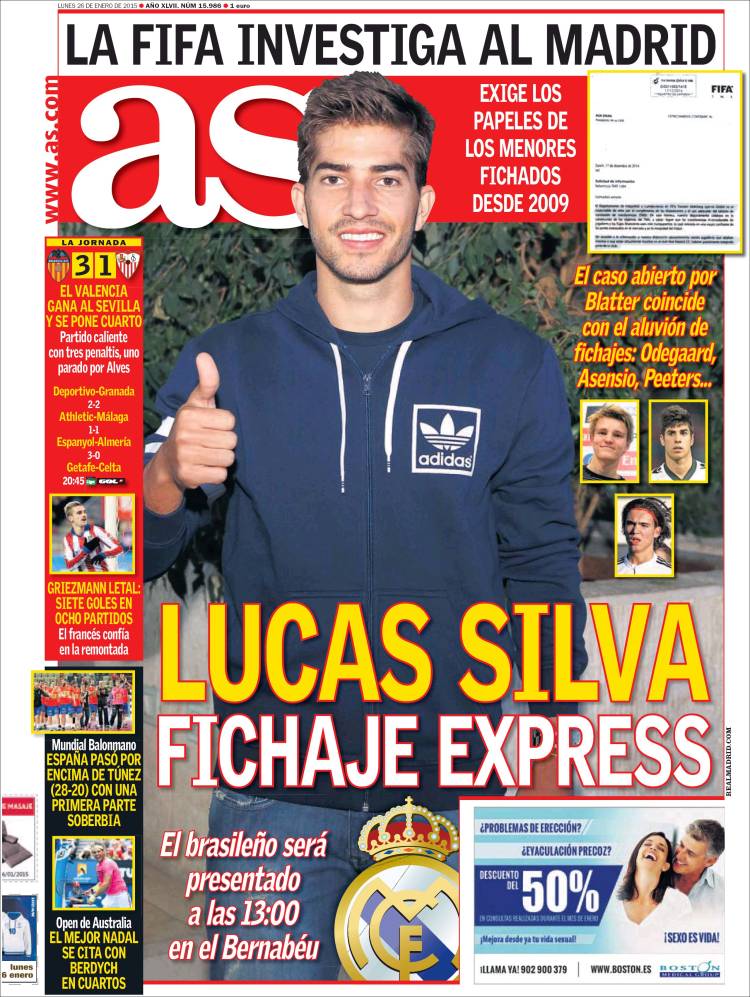 The Brazilian will be presented at 1pm in the Bernabeu

FIFA investigate Madrid: they demand the papers of the youngsters signed since 2009

The case opened by Blatter coincides with the flood of signings: Odegaard, Asensio, Peeters...

Griezmann lethal, seven goals in eight games: the Frenchman believes in the comeback 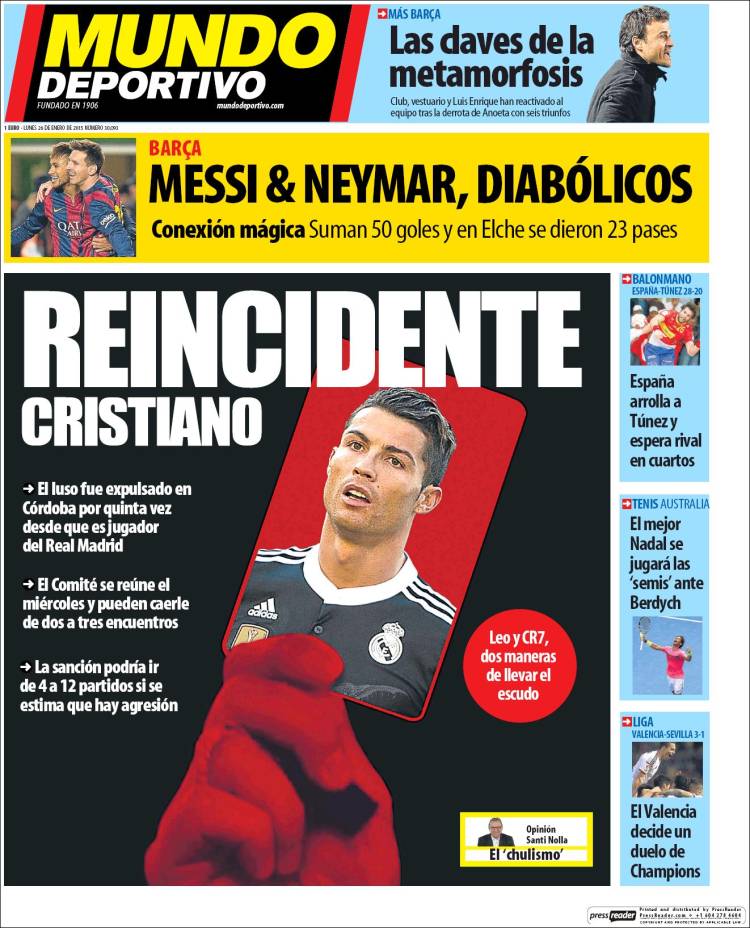 They reach 50 goals and at Elche gave 23 passes

The keys to the transformation

Club, dressing room and Luis Enrique have reactivated the team after the defeat at Anoeta with six victories