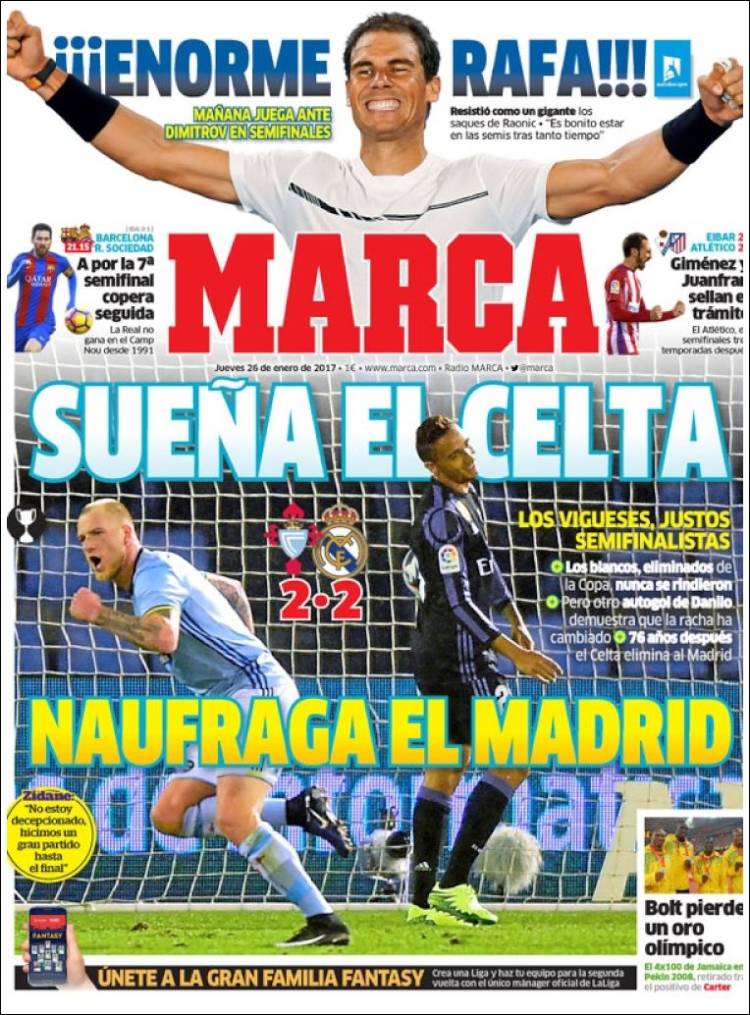 Real shipwrecked - the sound of Celta

Madrid never gave up but Danilo's own goal shows how much the streak had changed, 76 years since Celta had eliminated Madrid

Zidane: I am not disappointed, we made a great game until the end 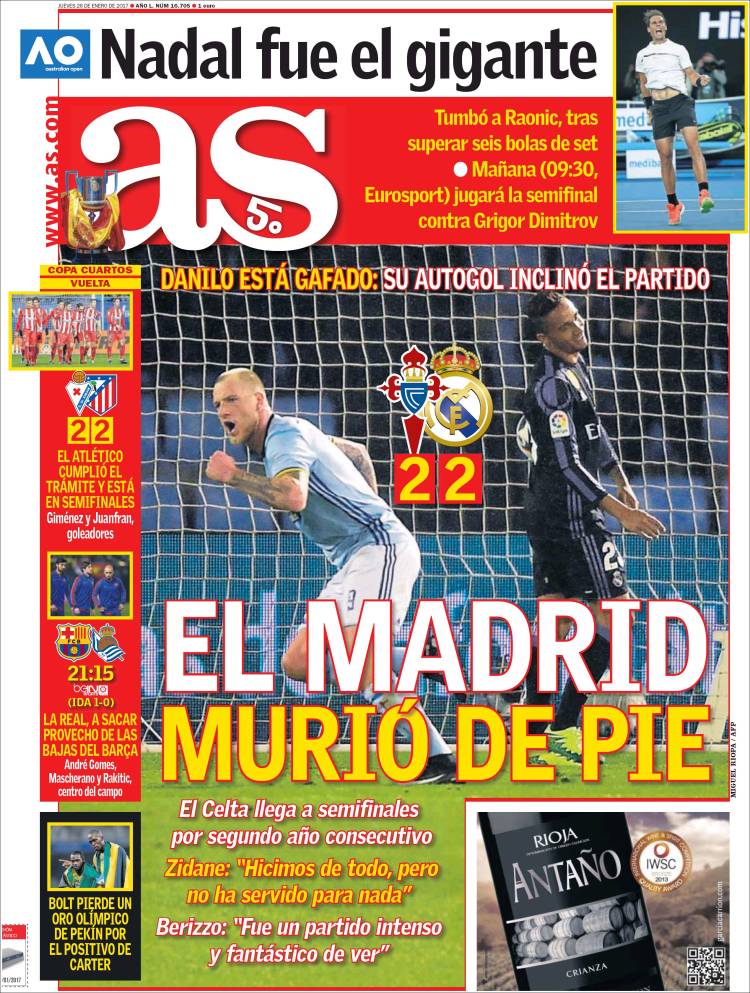 Danilo is jinxed: his own goal sunk the game

Celta progress to the semi finals for the second consecutive season, Zidane: We did everything but it didn't work at all, Berizzo: It was an intense match and fantastic to watch 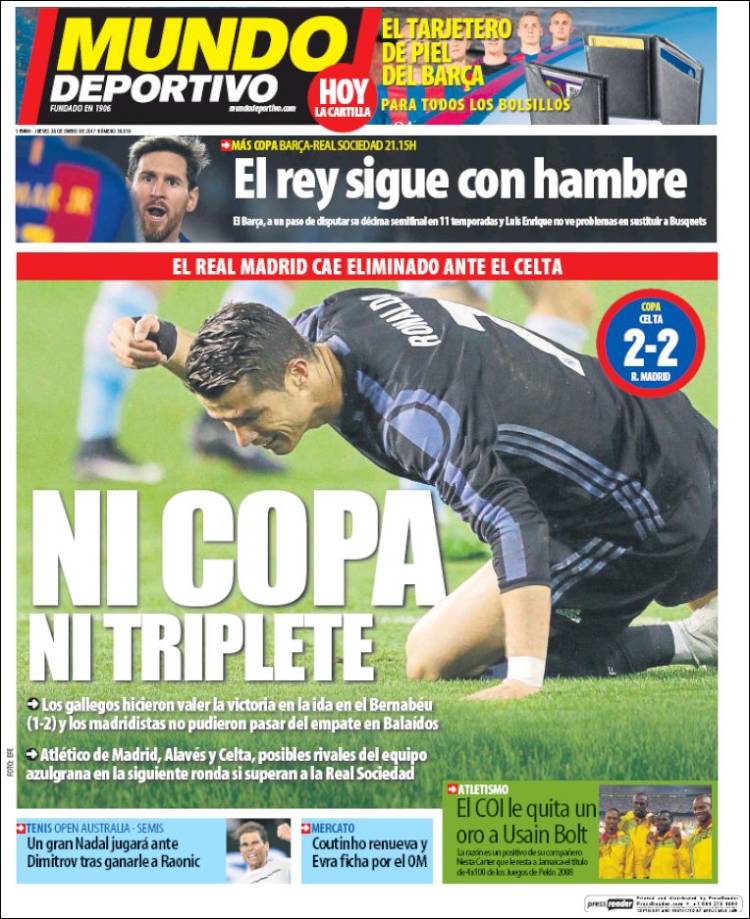 Neither Copa nor treble