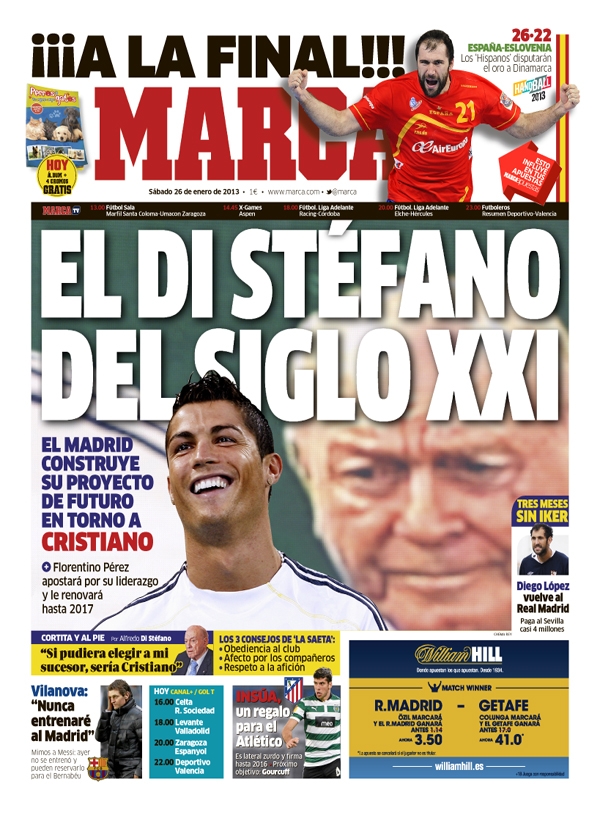 The Di Stefano of the 21st century

Madrid construct their project for the future around Cristiano

If I could choose my successor, it would be Crisitano – Di Stefano

Three points of advice from ‘the arrow’

Vilanova: “I would never train Madrid”

Mime and Messi, yesterday he did not train and they could rest him ahead of their trip to the Bernabeu

Insua, a present for Atletico

The left back has signed until 2016; next objective is Gourcuff

Handball world cup, To the final: Spain 26-22 Slovenia and the ‘Hispanos’ will dispute the gold with Denmark in the final 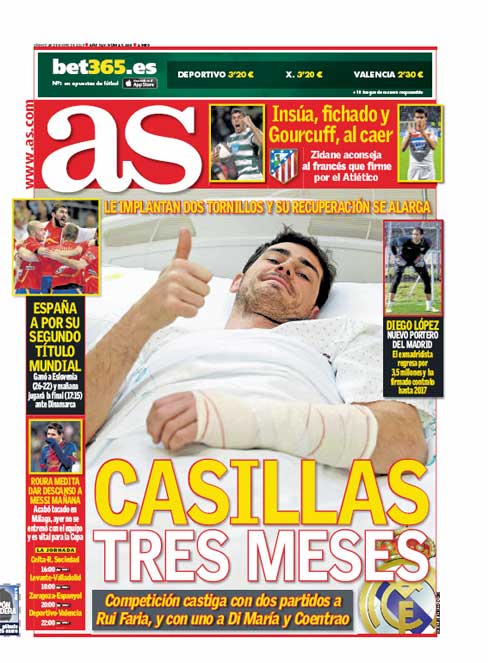 They insert two screws and his recovery is now longer

Diego Lopez, the new goalkeeper of Real Madrid: The ex-Madridista returns for €3.5 million and signs a contract until 2017

Insua, signed and Gourcuff to come: Zidane advises the Frenchman to sign for Atletico

After Malaga game, Messi did not train with the team and is to be rested ahead of the Copa game 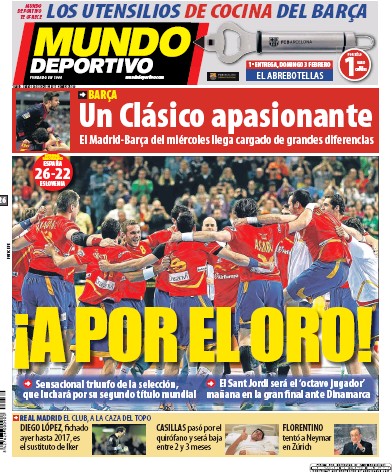 Real Madrid, in the hunt for the ‘mole’

Diego Lopez, signed yesterday until 2017, will be Iker’s replacement

Handball world cup, Spain 26-22 Slovenia: Going for gold, a sensational triumph for Spain who will fight for their second world cup title, Sant Jordi will be the eighth player tomorrow in the final against Denmark