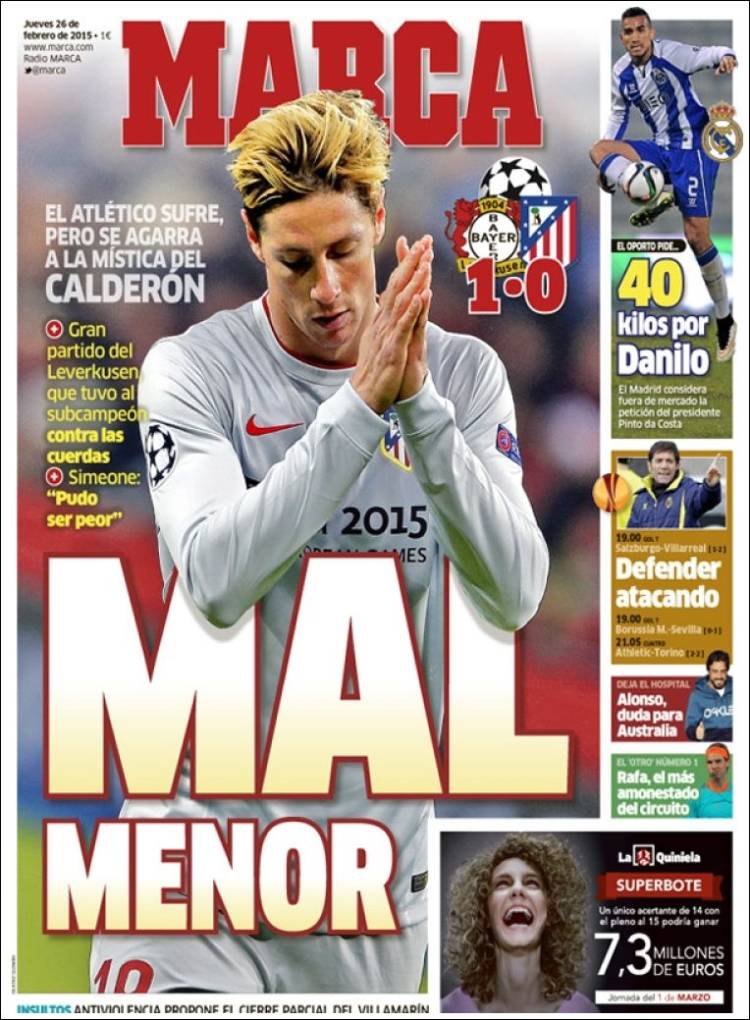 Atletico suffer, but cling to the mystic of the Calderon

Simeone: ‘Could be worse’

Porto ask for €40m for Danilo 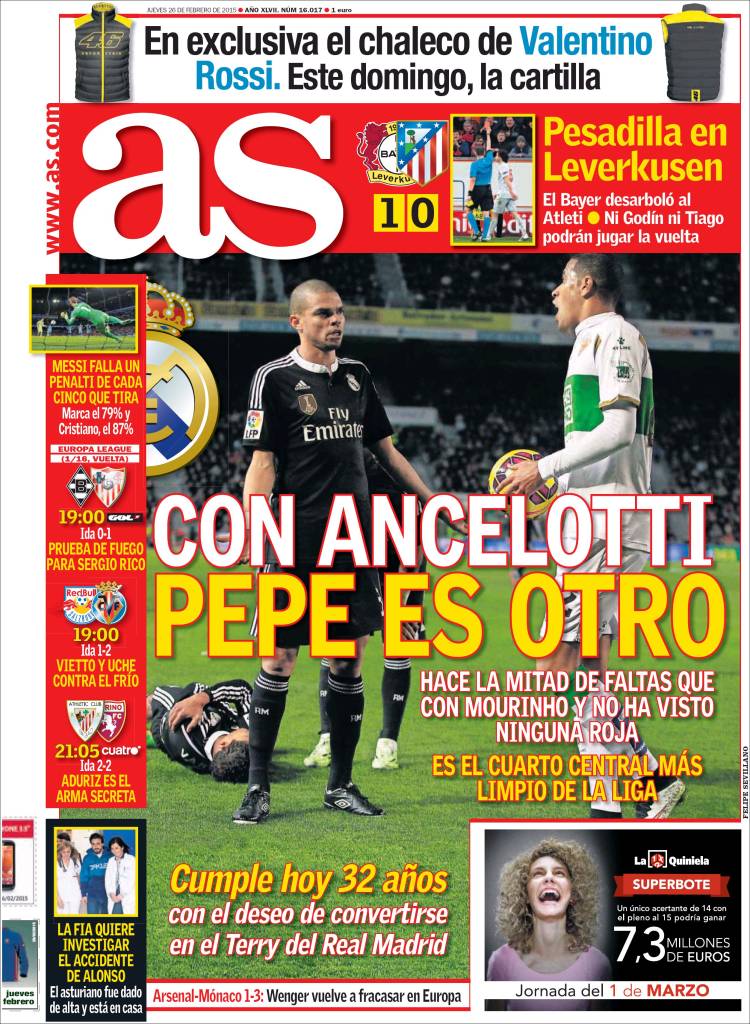 Pepe is different with Ancelotti

He is the fourth cleanest centre-back in La Liga

Neither Godin nor Tiago can play the return

Messi misses one penalty for every five that he scores

Trial by fire for Sergio Rico

Vietto and Uche against the cold

Aduriz is the secret weapon 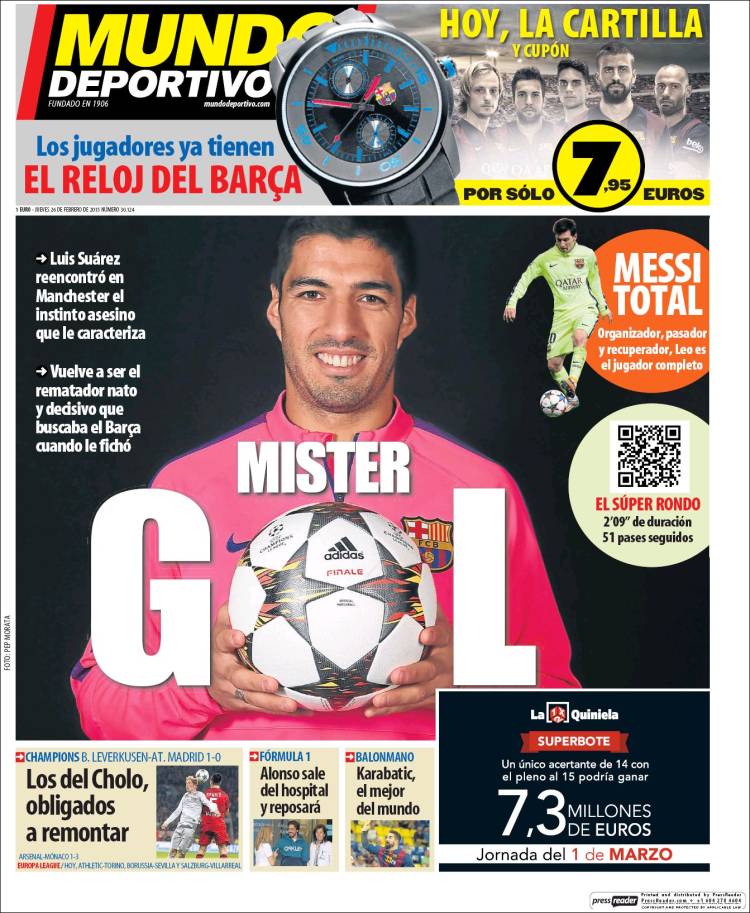 Luis Suarez reunited in Manchester with his killer instinct character