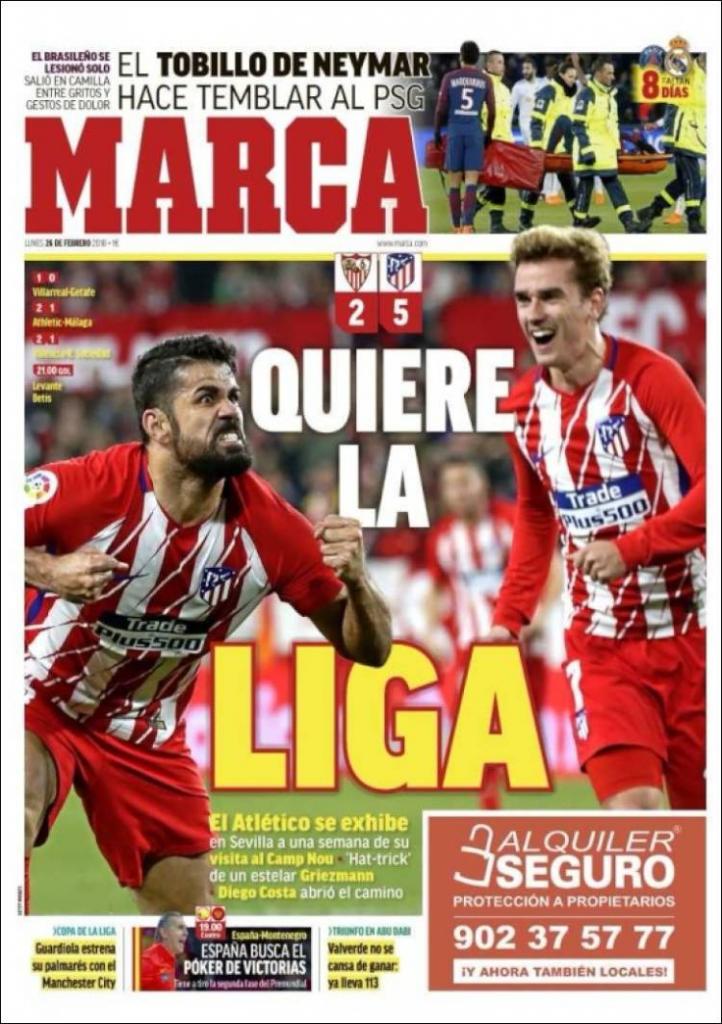 Neymar's ankle makes you tremble ahead of Madrid clash 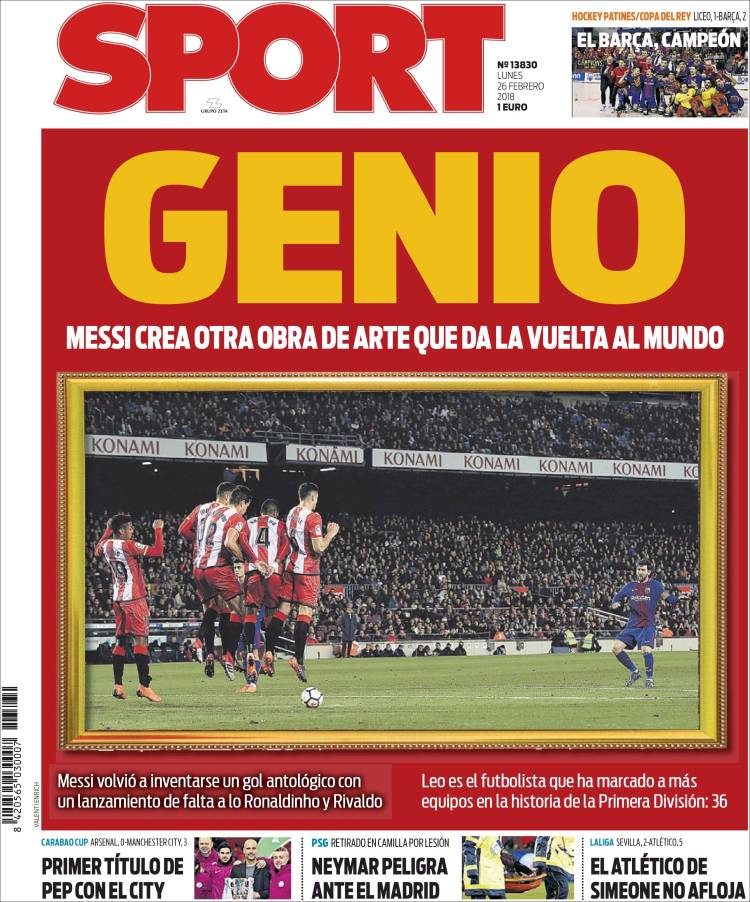 Messi creates another work of art

Invents a goal similar to Rivaldo or Ronaldinho, the footballer to score against most teams in the top division: 36

First title of Pep with City 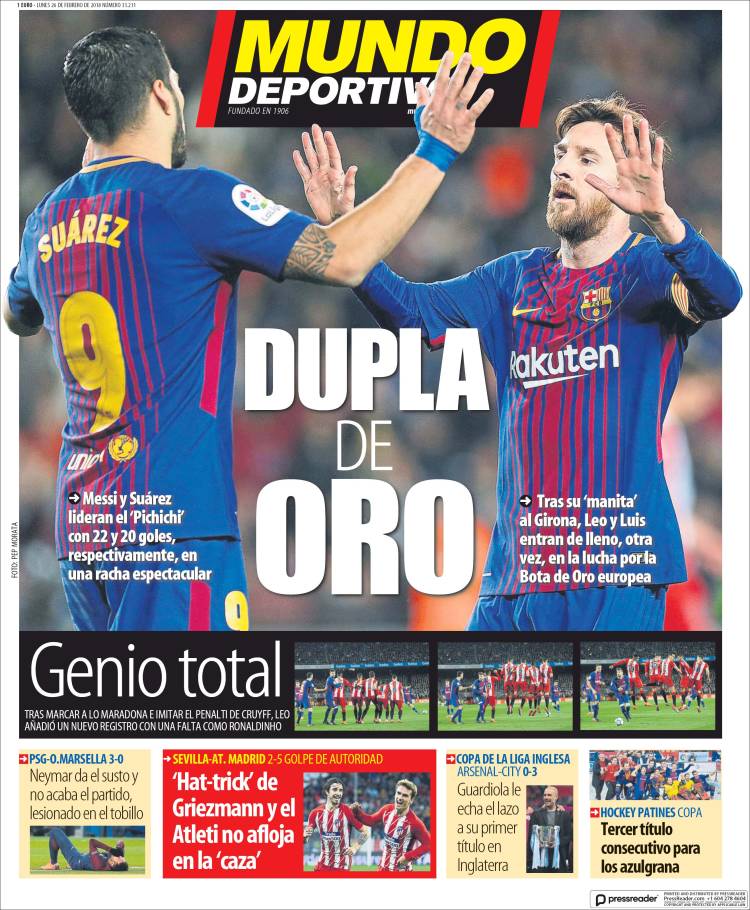 After the 'little hand' against Girona, they both vie for Europe's Golden Boot

Neymar scare, does not end game due to knee injury