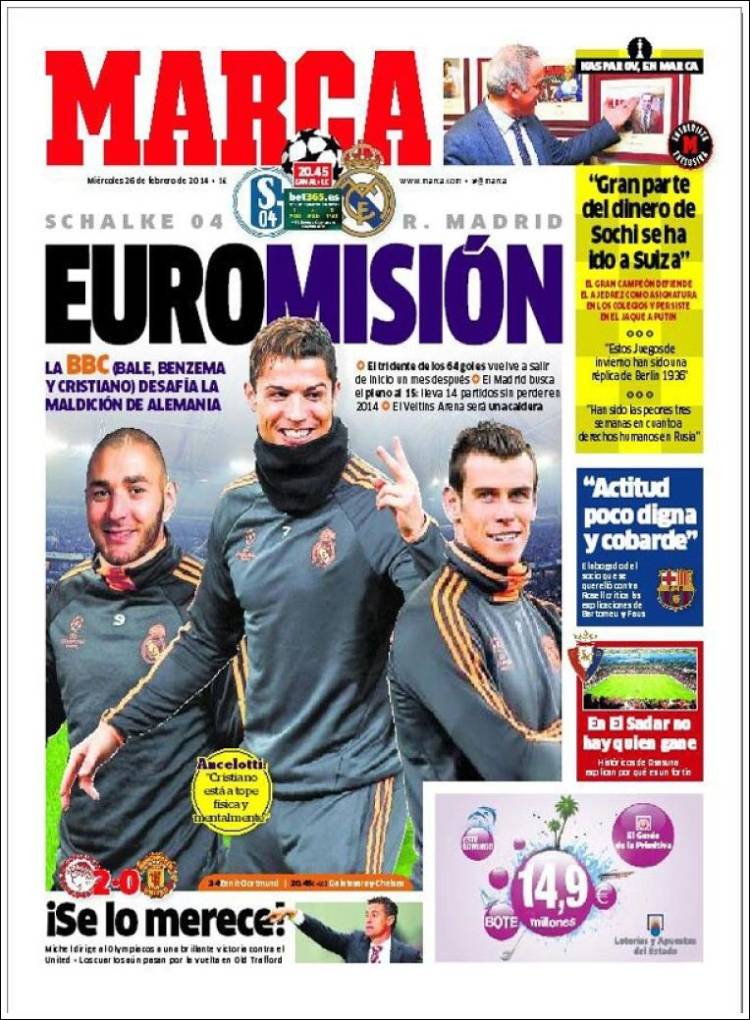 The Veltins Arena will be an inferno

"A great part of the money from Sochi has gone to Switzerland," Gary Kasparov

No one wins at El Sadar

Michel leads his Olympiakos side to victory over Manchester United 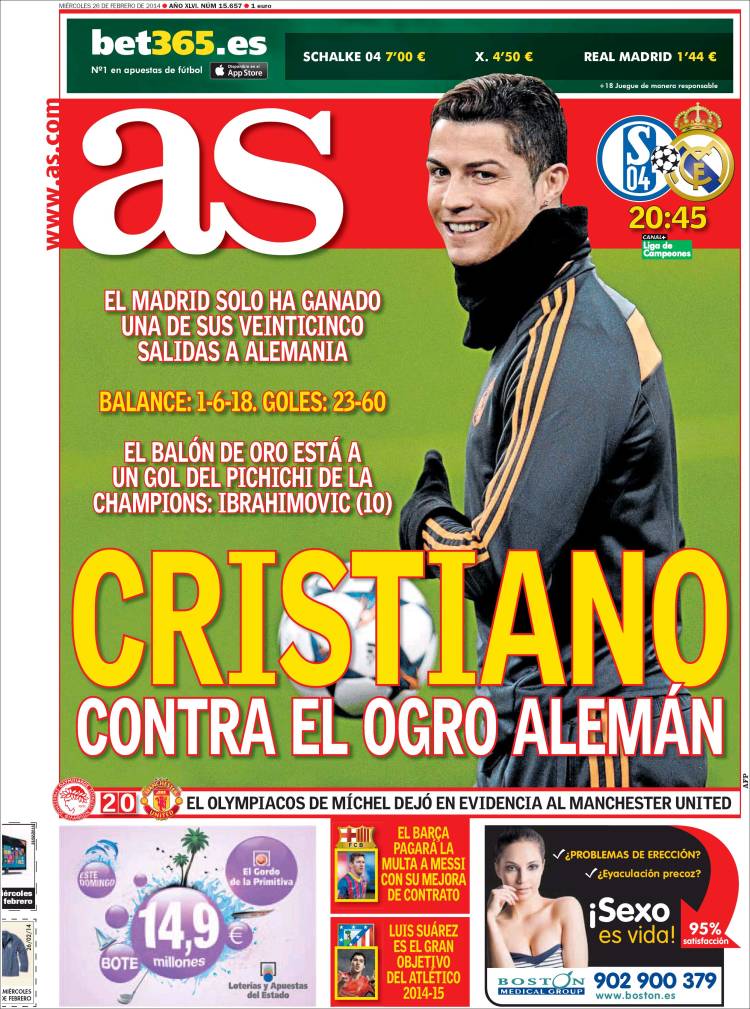 Cristiano against the ogre of Germany

Madrid have only won one of their 25 meetings in Germany

Barca to pay a fine for Messi's improved contract

Luis Suarez is being targeted by Atletico Madrid 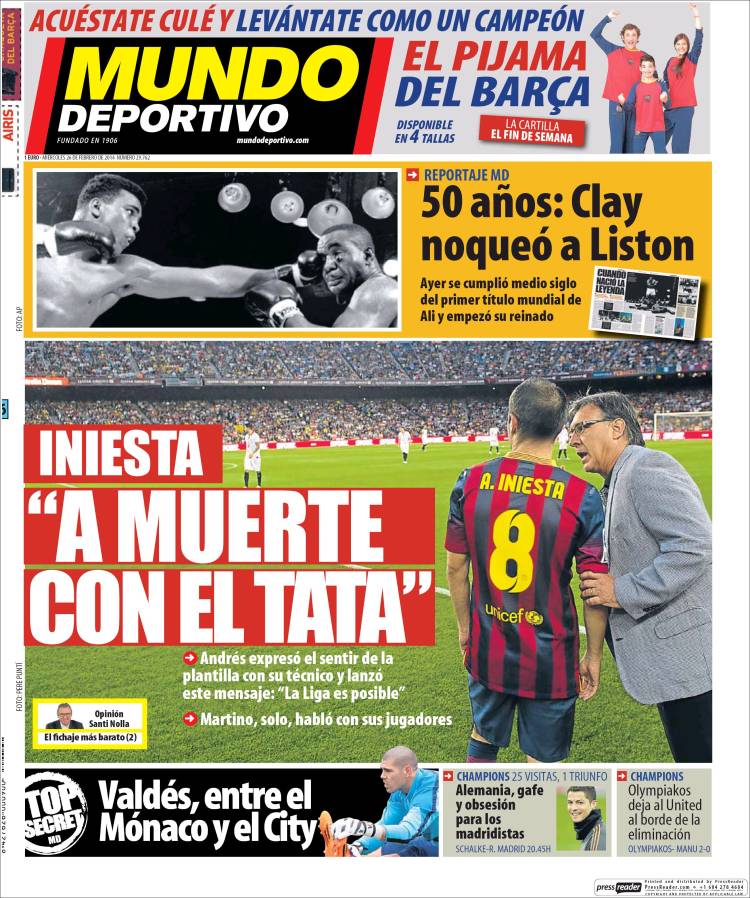 Iniesta: "To the death with Tata"

Andres expresses his feelings to the team and coach and gives the message, "La Liga is possible"

Martino only spoke with his players

Valdes heading to City or Monaco

Germany is an obsession and hoodoo for Madridistas

Olympiakos leave Manchester United on the edge of elimination

50 years ago Clay knocked out Liston