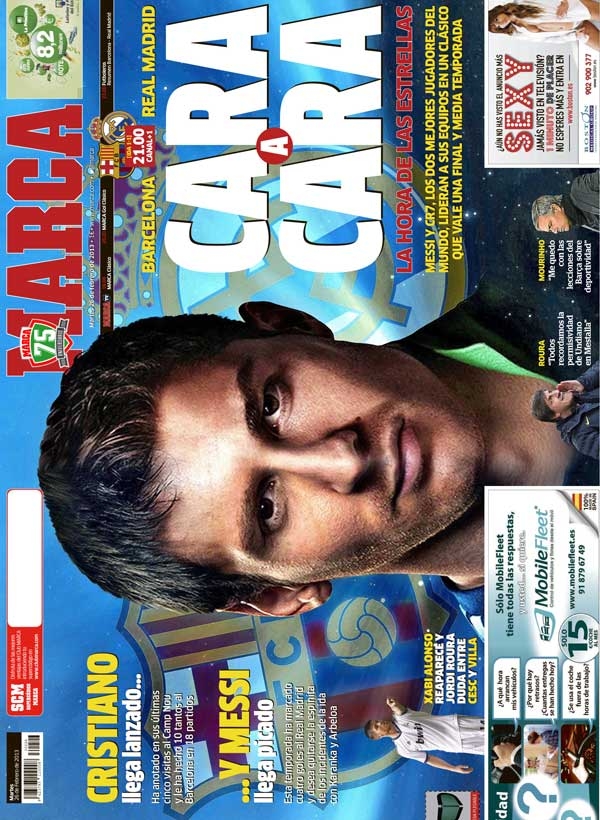 The hour of the stars

Messi, CR7, the two best players in the world lead they team in a Clasico worthy of a final

....and Messi arrives a little off colour

Roura: "Everyone remembers the permissive ways of Undiano at the Mestalla" 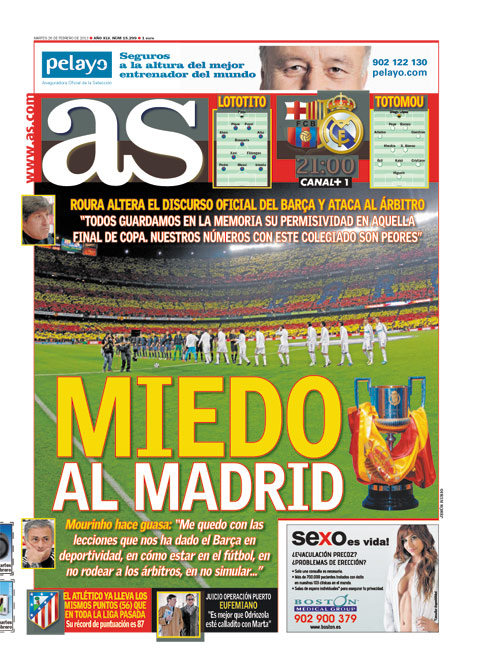 Roura alters the official line of Barca and attacks the referees: "Everyone has kept in mind the memory of that Copa del Rey final. Our numbers with his referee are not good"

Mourinho jokes: "I will take on the lessons of sportsmanship given to us by Barcelona, and how to be in football, to not hound the referee or simulate..."

Atletico already have the same amount of points as they did all last season; their record is 86 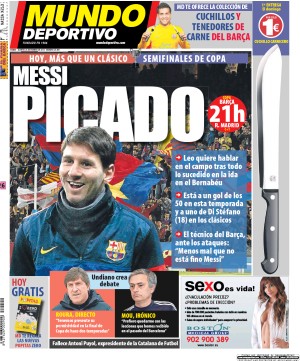 Barca coach on his attackers: "Better an off colour Messi than no Messi at all"

Roura, direct: "We have seen his liberal ways in the final of the Copa two seasons ago"

Mou, ironic: "I rather take lessons from Barcelona that we have received in the past"