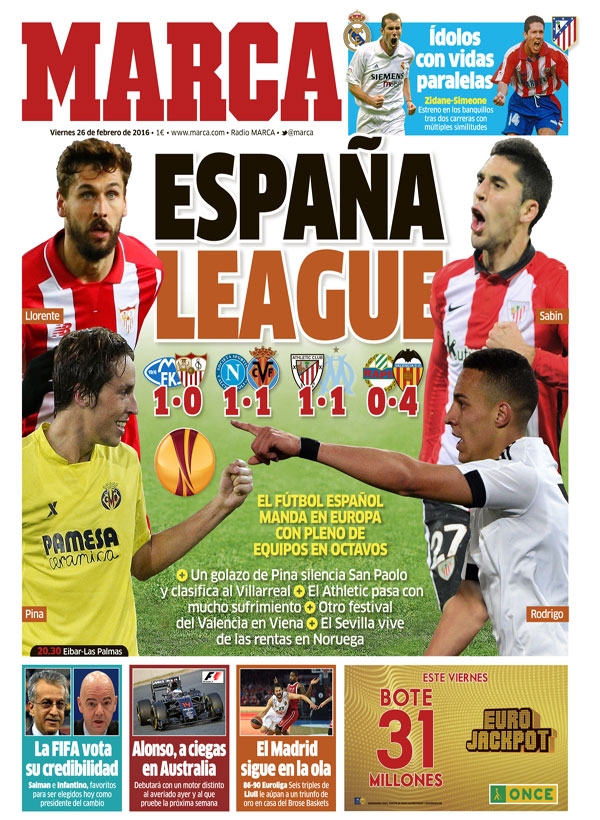 Spanish football bosses Europe, with all of its teams in the last 16

Athletic progress after a lot of suffering

Sevilla rest on their laurels in Norway

Salman and Infantino, favourites to be elected today as President of change 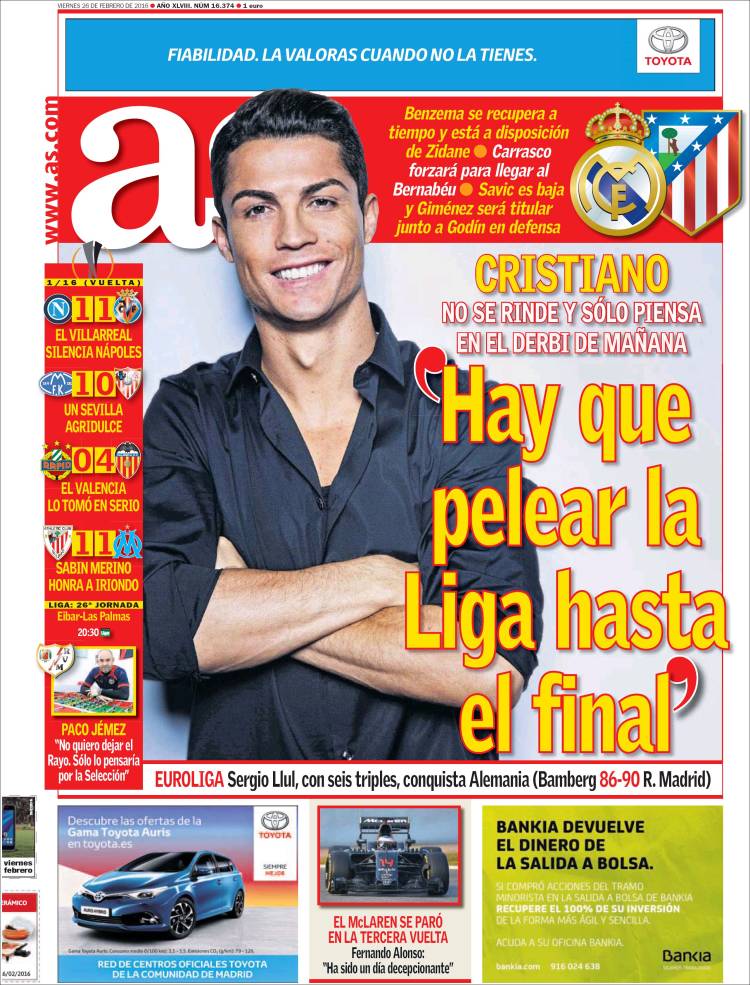 “You must fight for the League until the end”

Benzema recovers in time and is available to Zidane

Carrasco pushes to reach the Bernabeu

Savic is out, so Gimenez will start with Godin in defence 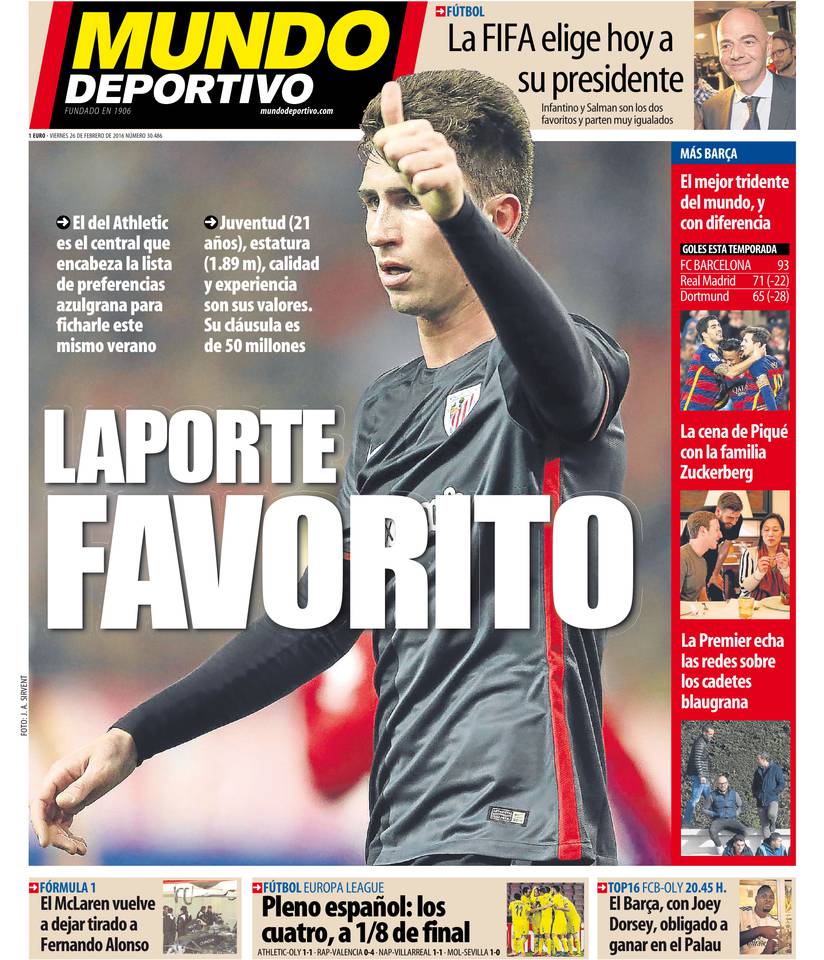 His release clause is €50m

Infantino and Salman are the two favourites and evenly matched

The best trident in the world and by far

Pique dines with the Zuckerberg family

The Premier League casts its eyes on Blaugrana youngsters