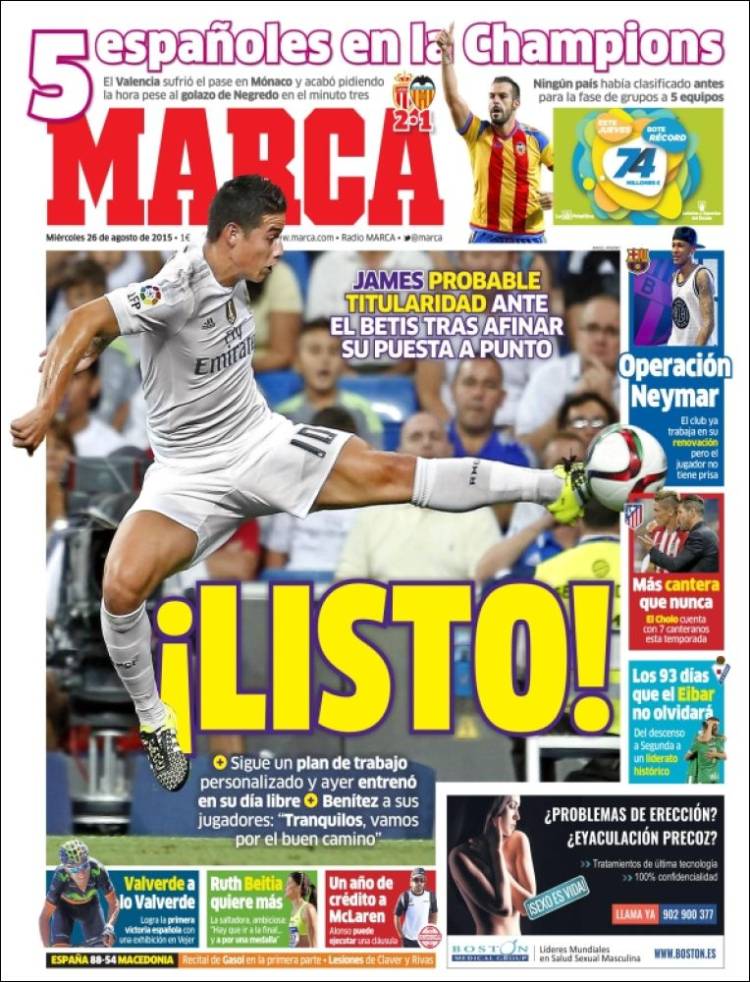 James likely to start against Betis after fine tuning

He follows a customised work plan

Benitez to his players: “Calm, we are going the right direction”

Five Spanish in the Champions League

More cantera than ever

The 93 days Eibar will never forget 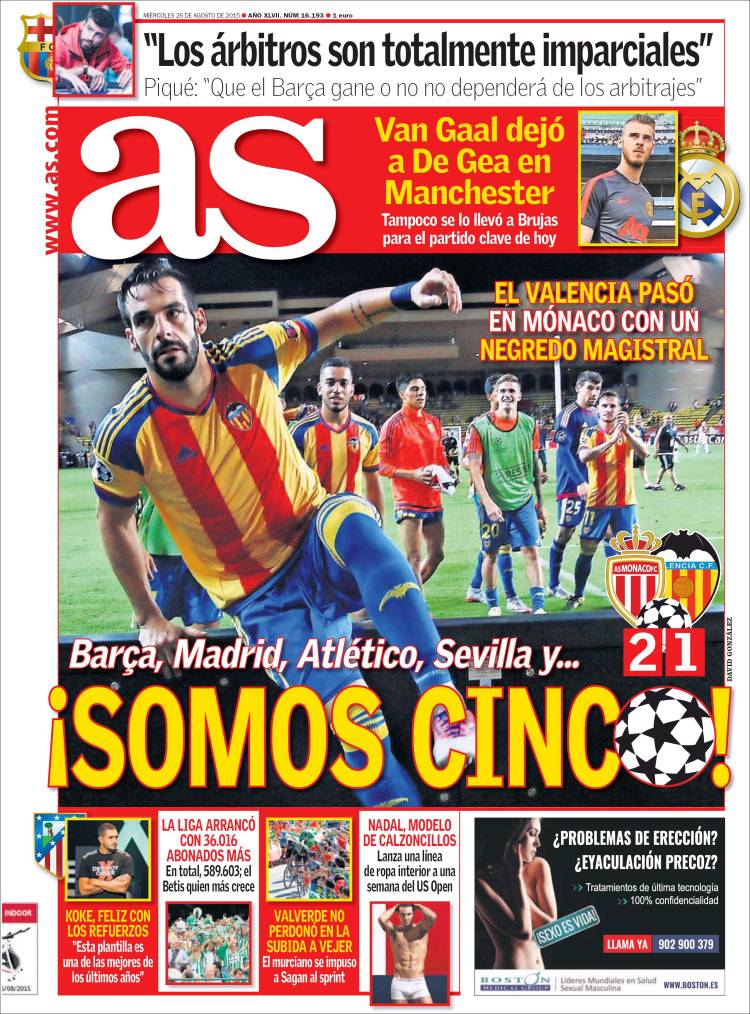 Valencia progress in Monaco with a magisterial Negredo

“The referees are totally impartial”

Pique: “Whether or not Barca win doesn’t depend on the referees”

Didn’t take him to Bruges for today’s key match

The League started with 36,016 more fans 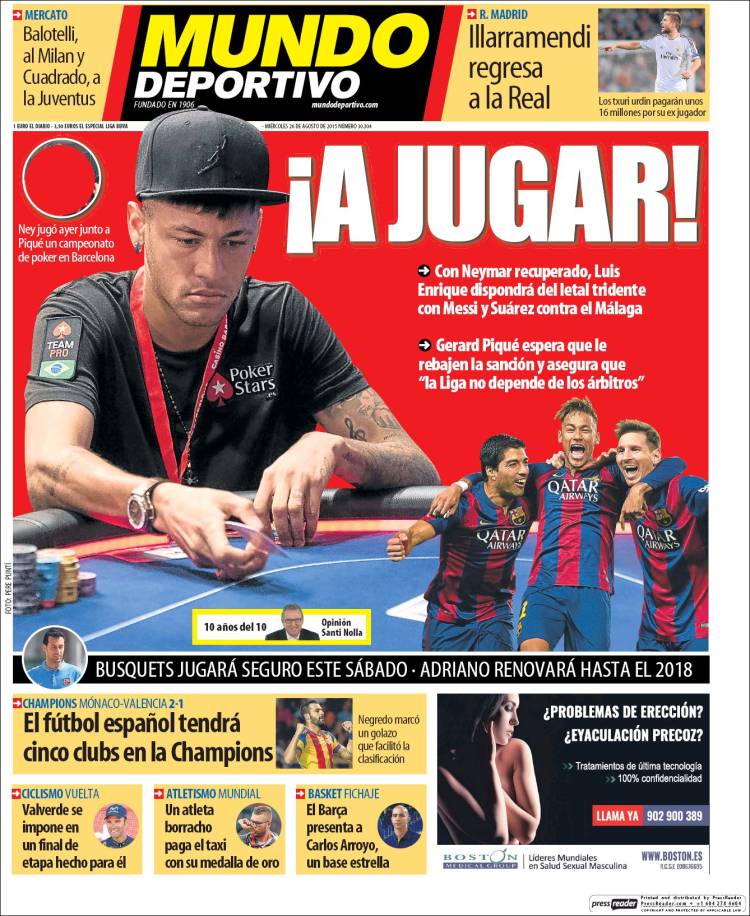 With Neymar recovered, Luis Enrique will have the lethal trident with Messi and Suarez against Malaga

Balotelli to Milan and Cuadrado, to Juventus

Busquets safe to play this Saturday

Spanish football to have five clubs in the Champions League

Negredo scores a ‘golazo’ to help reach the group stage