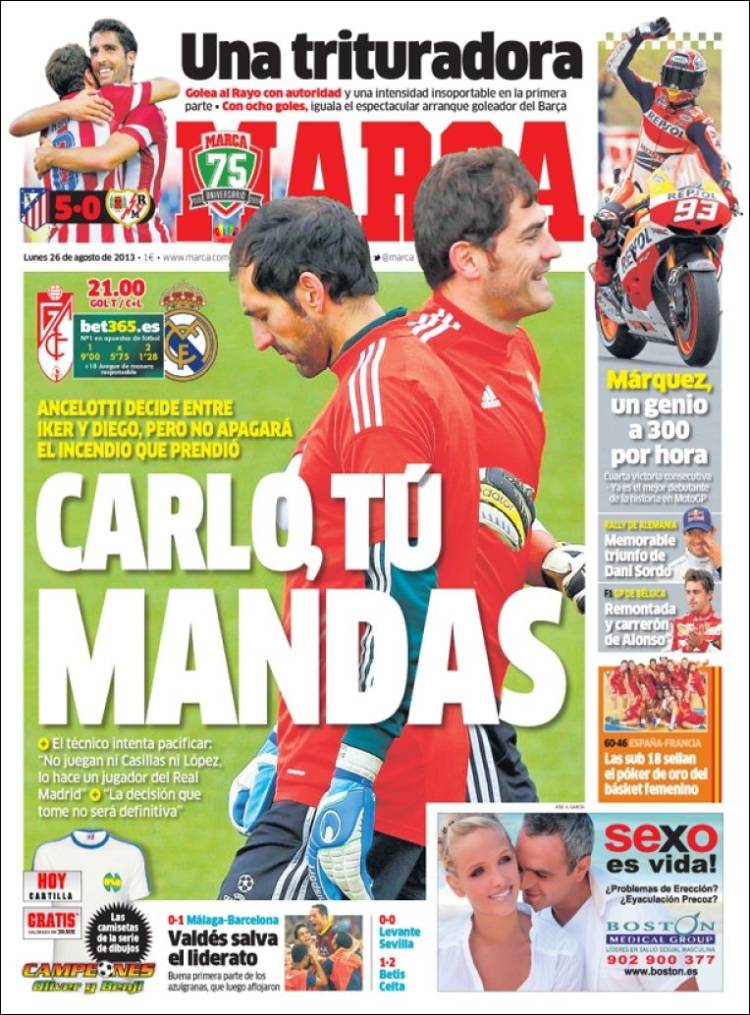 The coach tries to pacify the situation: "Neither Casillas or Lopez play, the Real Madrid goalkeeper plays"

"The decision that I take will not be definitive"

With eight goals, they have now scored as many as Barca

His fourth consecutive victory, already he is the best debutant in the history of the MotoGP

Valdes to the rescue for the leaders

A great first half from Barcelona but they suffered late on 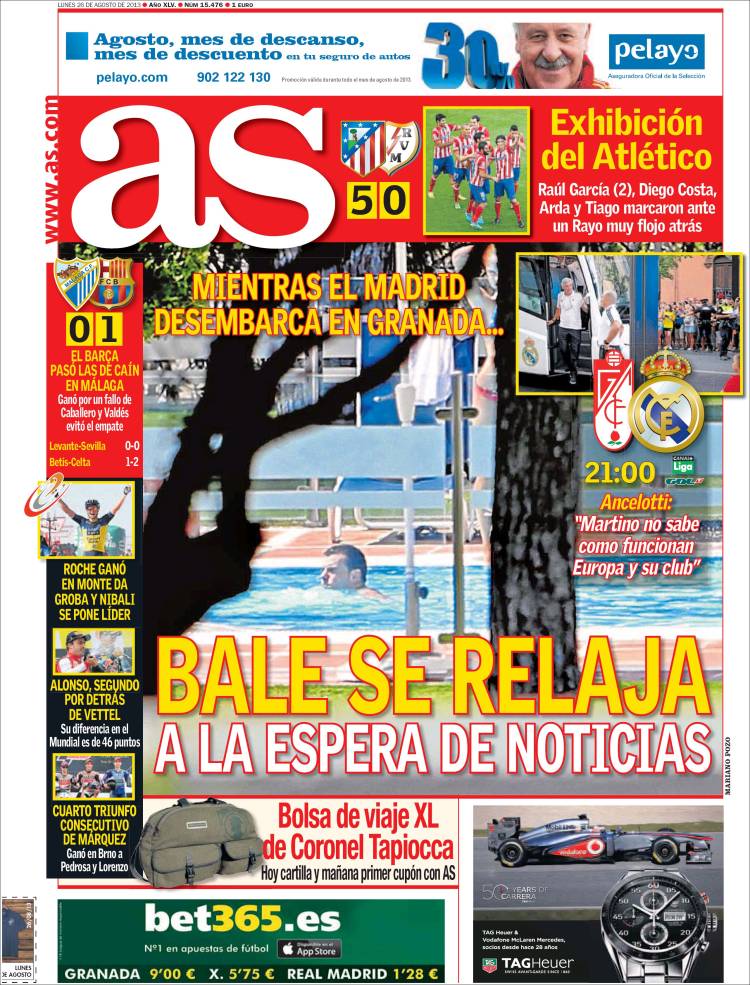 Bale relaxes while he awaits news

Ancelotti: "Martino does not know how European football clubs work"

Barca go through hell in Malaga

Roche wins the mountains of Groba and Nibali to become leader

The difference in the standings is now 46 points

Fourth victory for Marquez: He wins in Brno 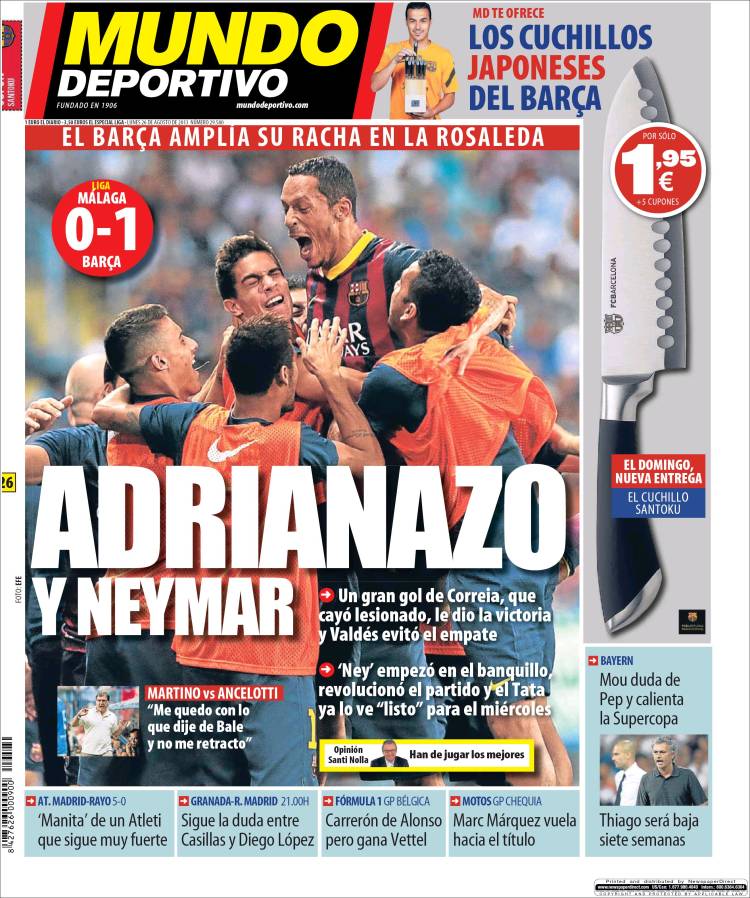 A great goal from Adriano who later fell to injury, brought the win along with Valdes' efforts in goal

Martino v Ancelotti: "I maintain what I said about Bale"

A message from Atleti who continue to be very strong

Doubts continue over who will play, Diego Lopez or Casillas

Formula 1: A great race from Alonso but Vettel wins

Bayern: Mou takes a swipe at Pep as the Super Cup warms up

Thiago is out for seven weeks