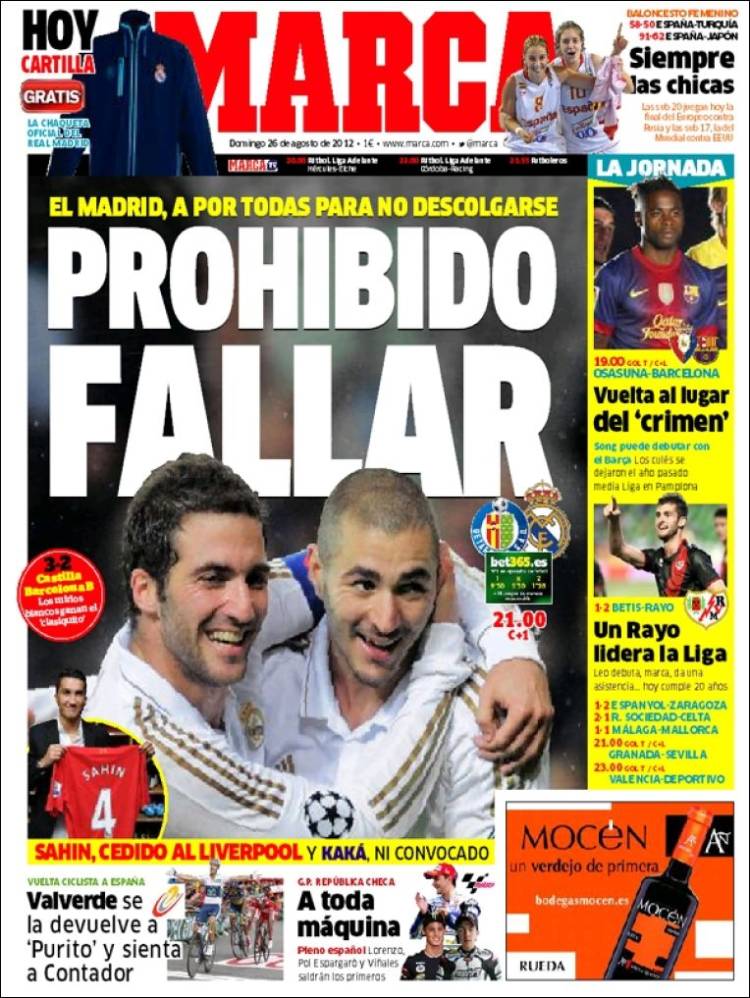 Forbidden to fail: for Madrid nobody can let anyone down

Sahin loaned to Liverpool and Kaka not selected

Osasuna-Barcelona: return to the scene of the crime

Song could make his debut for Barca

Leo makes his debut, scores, creates an assist... and is 20 today 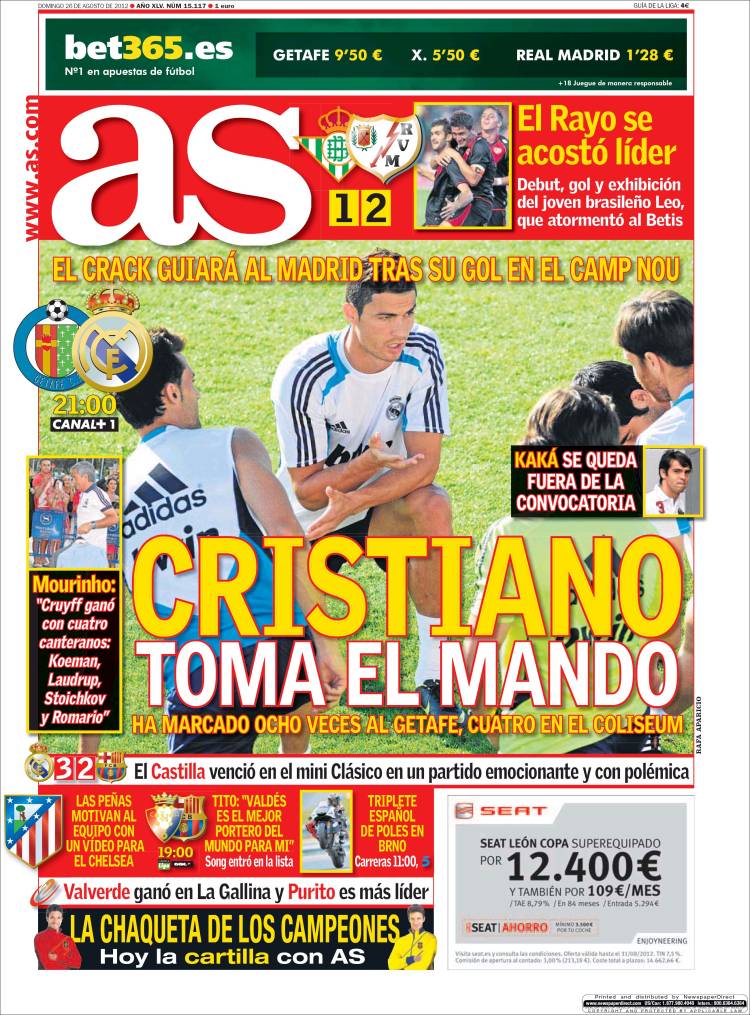 Cristiano takes control: he has scored eight times against Getafe, four in the Coliseum

Kaka left out of the squad

Castilla win the mini-Clasico in an emotional and controversial match

Atletico: the fans motivate the team with a video for the Chelsea match

Tito: "For me Valdes is the best goalkeeper in the world" 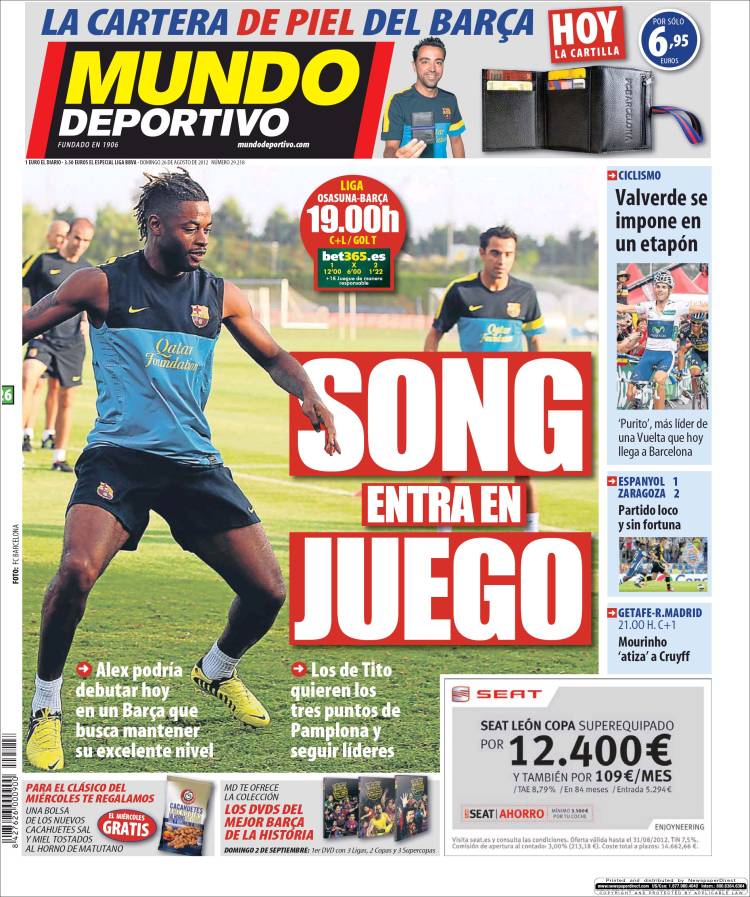