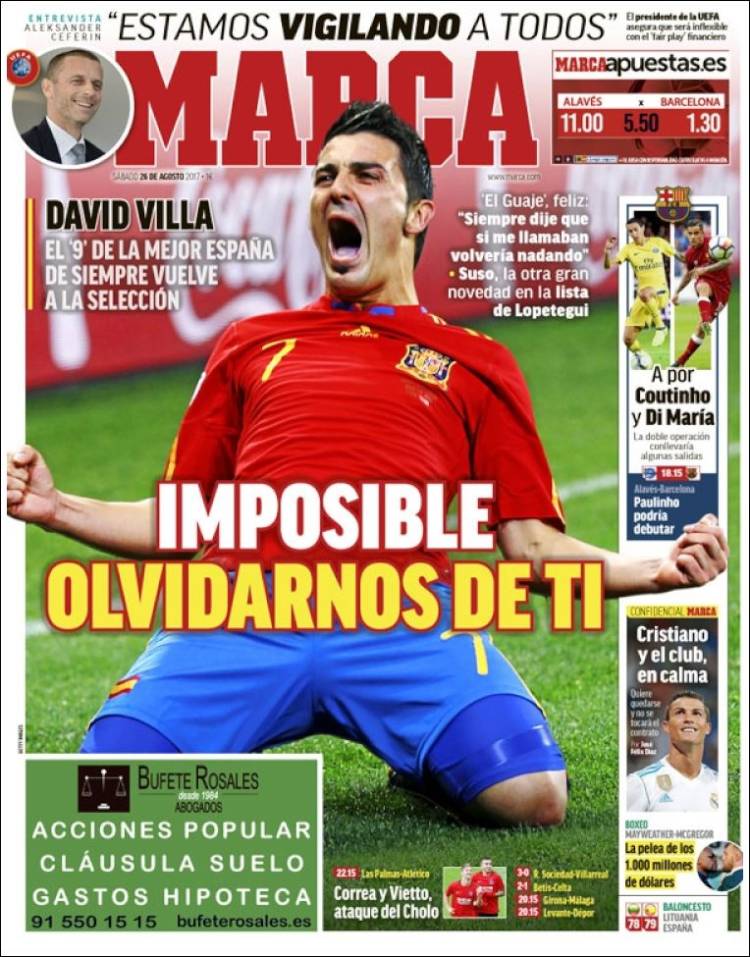 Impossible to forget you

David Villa, No 9 of the best-ever Spain returns to the national team

Going for Coutinho and Di Maria

Cristiano and the club are calm 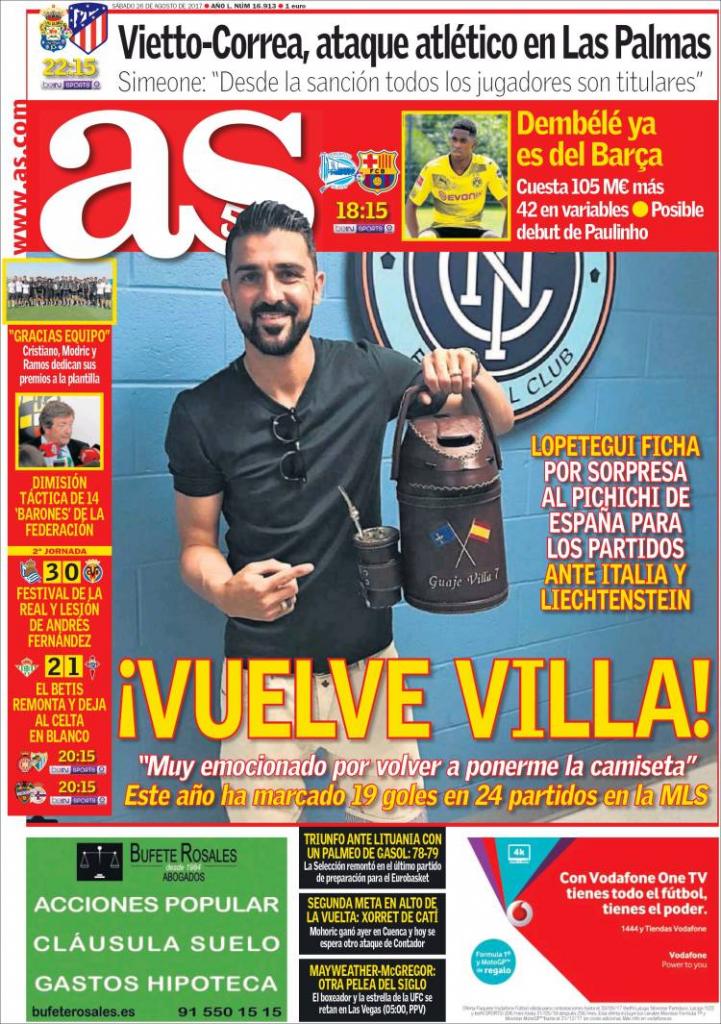 “Very excited to return and put the shirt back on”

Dembele is now a Barca player

Simeone: “Since the transfer ban, all our players are starters”

Ronaldo, Modric and Ramos dedicate their awards to the squad

Tactical resignation of the 14 ‘barons’ of the Federation 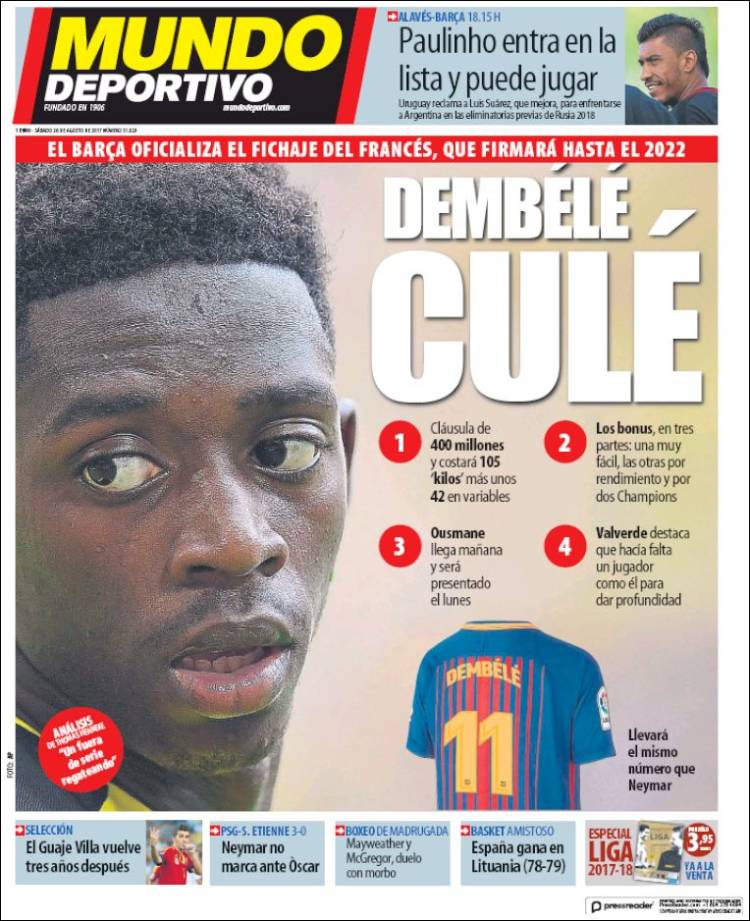 Barca confirm the signing of the Frenchman, who signs on until 2022

2. Ousmane arrives tomorrow and will be presented on Monday

3. The bonus, in three parts: one very easy, the others based on performances and two Champions Leagues

4. Valverde points out that he was lacking a player like him, who could give depth

Paulinho enters the squad and could play

Neymar does not score against Oscar’s side