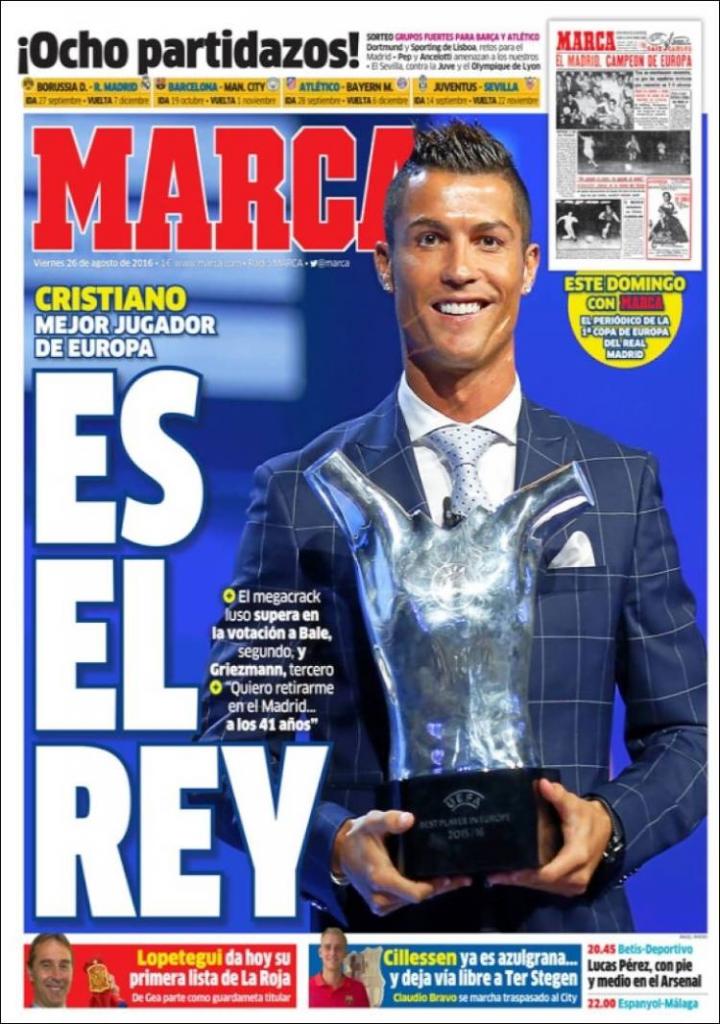 The Portuguese megastar picked up more votes than Bale, second, and Griezmann, third

Dortmund and Sporting, challenges for Madrid

Ancelotti and Pep threaten our boys

Sevilla, against Juventus and Lyon

Cillessen becomes Blaugrana ... and paves the way for Ter Stegen

Claudio Bravo leaves in a transfer to City

Lucas Perez, with one foot in Arsenal 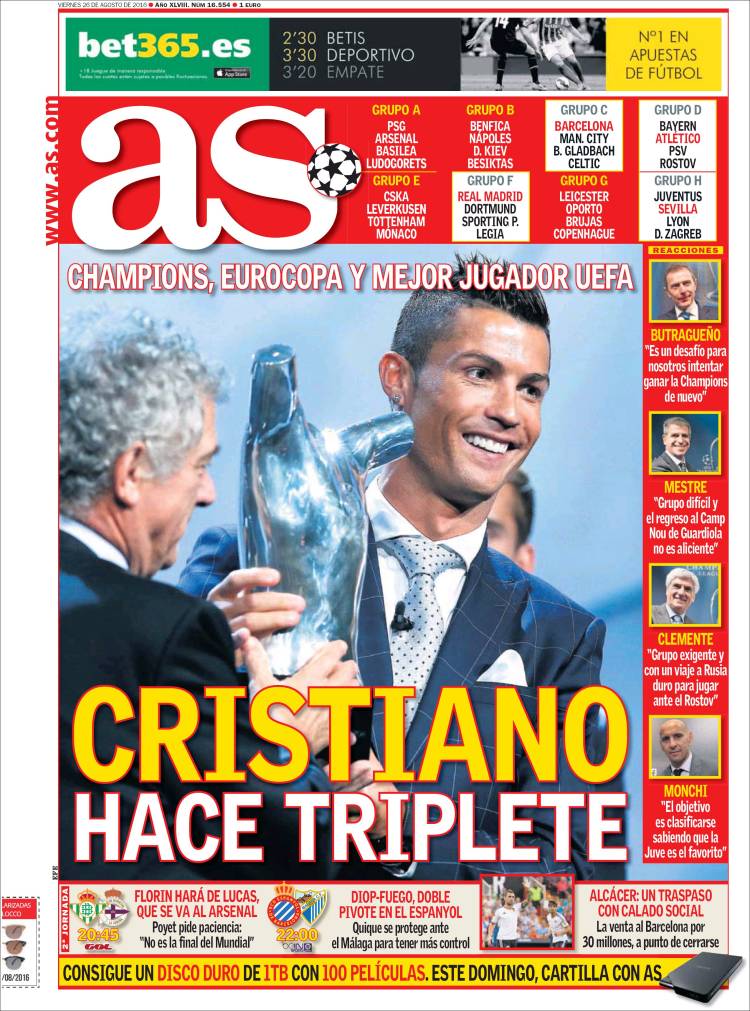 “A demanding group, with a tough trip to Russia against Rostov”

“The aim is to qualify knowing that Juve are favourites”

Florin will replace Lucas, who is going to Arsenal

Poyet calls for patience: “It’s not the World Cup final”

Alcacer: a transfer with social significance

His sale to Barcelona for €30m, on the verge of completion 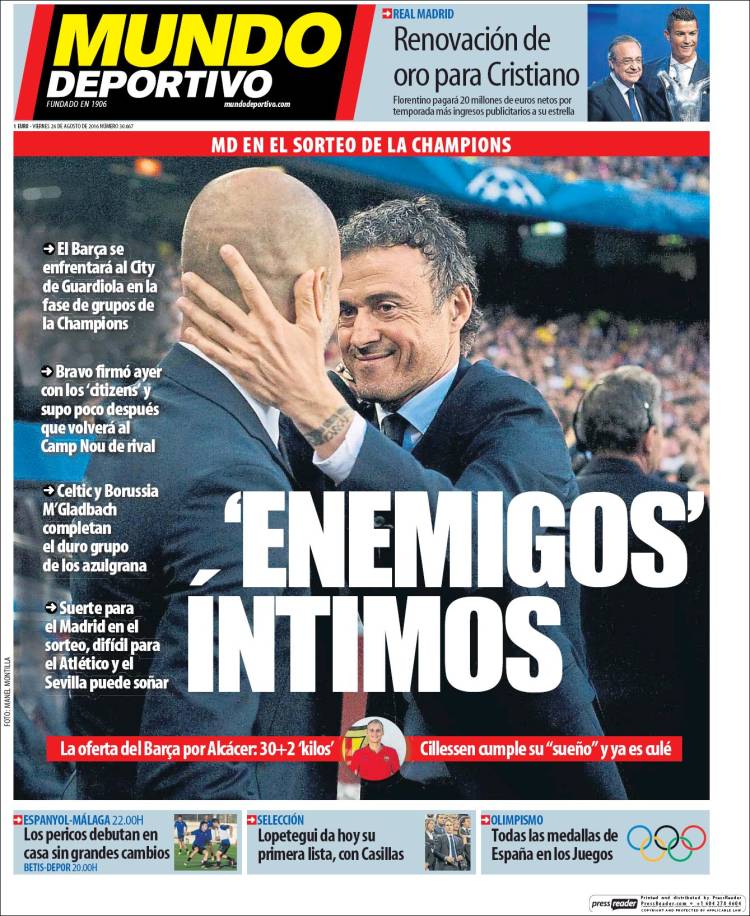 Celtic and Borussia Monchengladbach complete a tough group for Barca

Luck for Madrid in the draw, difficulty for Atletico and Sevilla can dream

Cillessen fulfils his “dream” and becomes a Cule

Los Pericos debut at home without any big changes