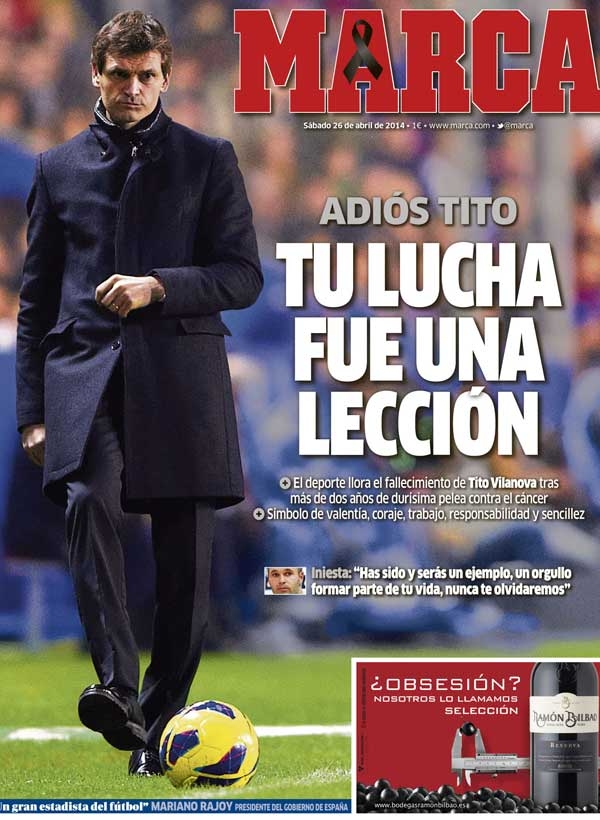 Your fight was a lesson
Sport cries for the passing of Tito Vilanova after two tough years fighting against cancer
A symbol of courage, bravery, hard-work, responsibility and sensibility
Iniesta: "You were and will be an example, it makes me proud to have been part of your life and we will never forget" 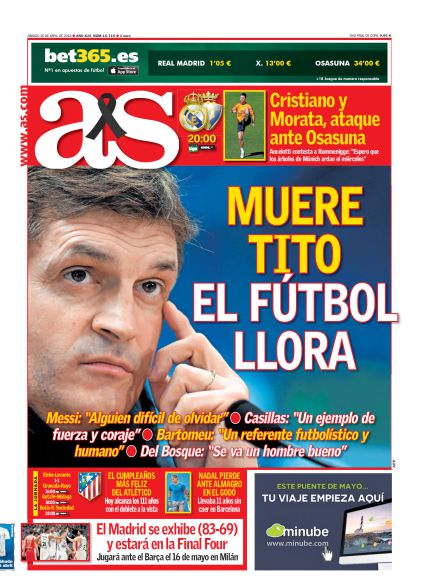 Tito dies and football cries
Messi: "Someone difficult to forget"
Casillas: "An example of strength and courage"
Bartomeu: "A reference for football and as a human"
Del Bosque: "A great man leaves us"
Cristiano and Morata form the attack against Osasuna
Ancelotti replies to Rummenigge: "I expect Munich to burn"
A very happy birthday for Atletico
Today the club turns 111 years old
Nadal loses against Almagro in Godo
He loses after 11 years in Barcelona 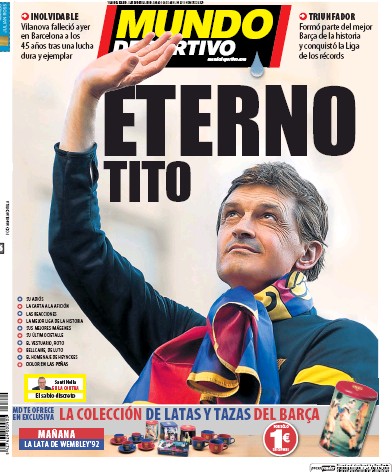 Eternal Tito
Unforgettable: Vilanova passes away yesterday in Barcalona at 45 years old after a tough and brave fight
Winner: He formed part of the best Barca side in history that broke all the records
Tennis: Almagro ends Nadal's reign