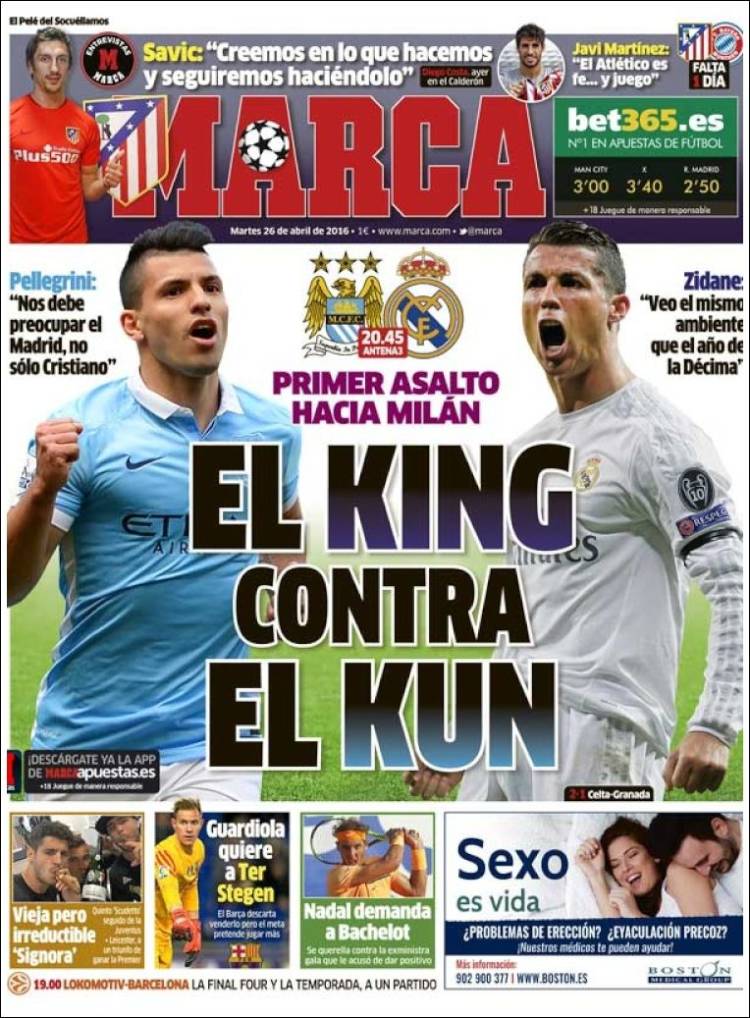 Savic: “We believe in what we do and will continue to do it”

Pellegrini: “We should be worried about Madrid, not only Cristiano”

Zidane: “I see the same atmosphere as the year of La Decima”

The king against Kun

Fifth ‘Scudetto’ in a row of Juventus

Leicester, a victory from winning the Premier League

Barca rule out selling but the goalkeeper’s aim: Play more 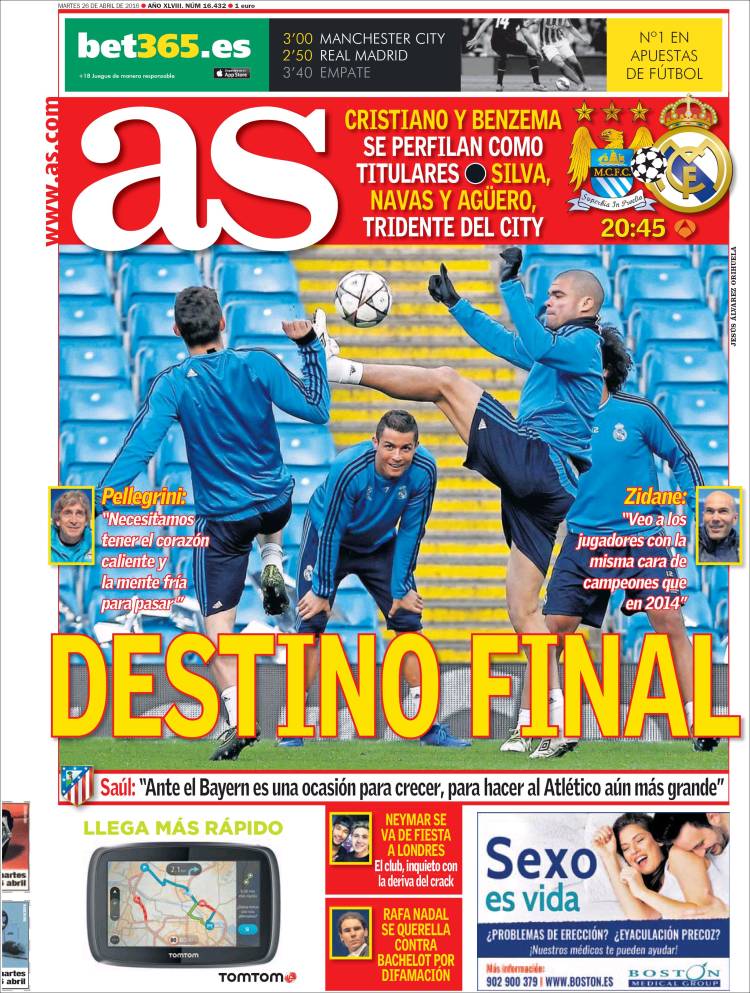 Cristiano and Benzema emerging as starters

Pellegrini: “We need to have a warm heart and cool head to go through”

Zidane: “I see the players with the same face of champions as 2014”

Saul: “Against Bayern is a chance to grow, to make Atletico even bigger”

Neymar goes to a party in London

The club, uneasy with the leeway of the ‘crack’ 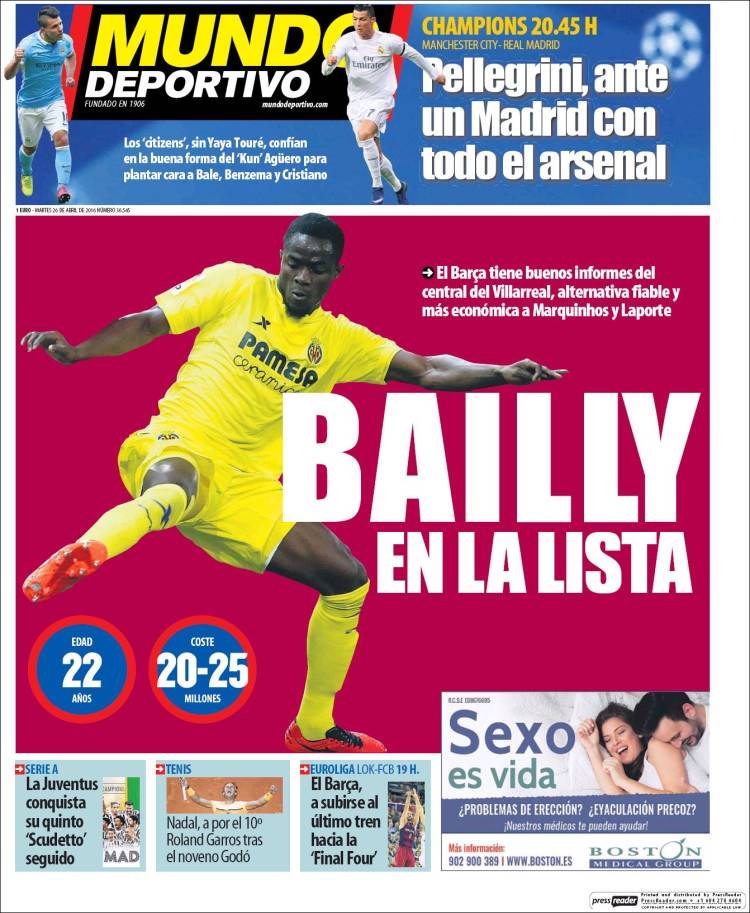 The ‘Citizens,’ without Yaya Toure, confident in the form of ‘Kun’ Aguero, to stand up to Bale, Benzema and Cristiano

Pellegrini, against Madrid with the full arsenal

Barca have good information on the Villarreal centre-back, viable alternative and more economical that Marquinhos and Laporte

Juventus win their fifth ‘Scudetto’ in a row